By following Jerusalem’s lead regarding the Palestinian UN bid, the United State is diminishing its own position in the region, and actually proving that the Palestinians have nothing to hope for in negotiations with Israel 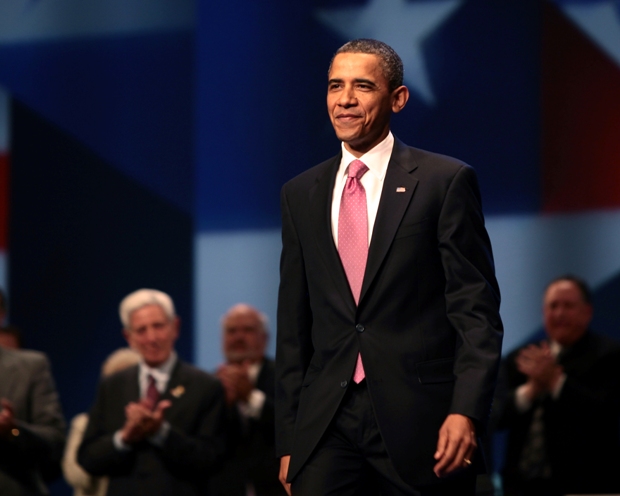 A few months ago, there was still speculation in Jerusalem that the White House is behind the new wave of diplomatic pressure from the EU. Some even wondered whether the administration is secretly supporting the Palestinian UN bid, hoping that this would finally get Israel to take a step or two towards the Palestinians, possibly even freeze settlement construction, so that negotiations could resume.

Nobody thinks so now. The administration has clearly decided to throw its entire weight behind Jerusalem and against the Palestinian move. Washington is threatening both in public and in private that the UN bid would seriously harm American relations with Ramallah, and might even bring to an end the financial aid for the Palestinian Authority. As usual, the US congress—which seems crazier than the Knesset, impossible as this is to imagine—is threatening to stop all financial aid to the PA, and there are even talks of withdrawing funds from the UN itself if its members dare to vote in the Palestinian favor.

Punishing the entire world for seeking to end the occupation! It seems that American foreign policy was taken hostage by the Likud. Current political circumstances in Washington could be blamed, but the facts are pretty clear. One could find in the Israeli mainstream media, and even in the Israeli administration, those who are inclined to support the Palestinian UN bid, yet America seems to be speaking in one voice against it.

Even the New York Times, whose editorial was at times very critical of recent Israeli policies, warned the Palestinians of the possible consequences of their UN move.

The best way, likely the only way, to head off this debacle is with the start of serious negotiations between Israelis and Palestinians. The two sides haven’t even been in the same room together since September 2010.

Arab leaders haven’t given the Israelis any incentive to compromise. The Palestinian president, Mahmoud Abbas, seemed to give up on diplomacy when Mr. Obama could not deliver a promised settlement freeze. We see no sign that he has thought even one step beyond the U.N. vote.

It’s been twenty years—since the term of George H W Bush—that the United States has allowed Israel to continue its settlement activities. While Palestinian “unilateralism” consists of turning to the international community, with the blessing and support of most of the world, Israel is engaging every day in the real unilateral activities, ones that change the reality on the ground in ways that would make Palestine, if such a state is ever to be born, no more then a tiny Bantustan (just this week Israel has approved a couple more projects that would make a compromise in Jerusalem impossible).

While the destructive Israeli policy is answered with fable condemnations from Washington – yesterday’s statements hardly made it to the papers – the Palestinians are threatened with very concrete punishments, including a move that would leave thousands of Palestinian Authority employees without means to support their families (one could guess how happy they would be to continue doing Israel’s policing work in the West Bank). To sum it up, when the US blocks a Security Council resolution condemning the settlements, and in the same year, vetoes Palestinian statehood, it’s clear that regardless of the rhetoric coming out of Washington, American policy in the Middle East is similar to that of Israel’s expansionist right.

The New York Times editorial did get something right though:

If the Palestinians want full U.N. membership, they have to win the backing of the Security Council. The United States will undoubtedly veto any resolution, and that will further isolate both Israel and Washington.

It’s not really important whether US Middle East policy is the result of the mess on Capitol Hill or whether the administration really believes in what it is doing (I imagine Dennis Ross does). In both cases, the result will be the same: Washington becoming less and less relevant in the region’s geo-political game. I even guess that Russia and China recognize that, and that’s another reason for them to support the Palestinian bid.

The irony is that all the “punishments” America inflicts on the Palestinians will just speed up this process: funds means influence, and once the United States stop supporting the PA, there are two options: either the Authority collapses, or it survives on alternative sources, in Europe or the Arab world (the latter is less likely, given the current economic and political situation). In both cases, America is out of the game.

The last few months have proved one more thing: Abbas is right in refusing to negotiate with Israel under such conditions. With Washington as a broker, what could he expect from such talks? He’ll be lucky to keep his shirt before leaving the negotiation table.