With no peace process on the horizon, the terrorist attack in Tel Aviv this week is a reminder that we don’t have the luxury of giving up on a future in which Palestinians and Israelis alike can feel secure in their own homes, streets and cafes. 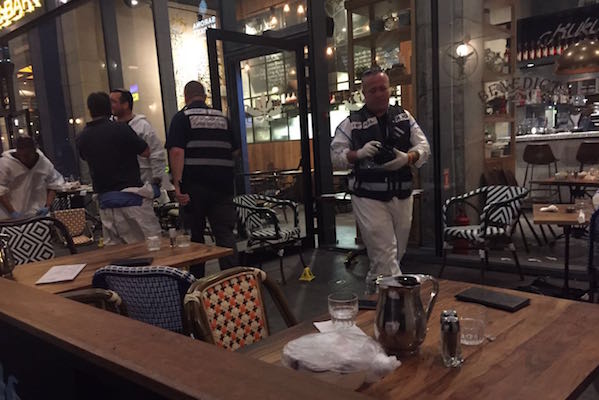 Almost six years ago, Hillary Clinton was getting ready to oversee the first face-to-face between Benjamin Netanyahu and Mahmoud Abbas in the Obama administration’s initial foray into Middle East peacemaking. Secretary of State Clinton’s road to just getting the two sides to sit down together had been long and hard, including extracting a nine-month settlement freeze from Netanyahu.

Three days before the sides were supposed to meet for the first time, however, Hamas carried out a terrorist attack that left four Israeli civilians dead. A day later, the militant Islamist group launched another attack, this time wounding two more civilians. Hamas made very clear, the point was to derail the peace talks.

After the first attack on August 31, 2010, I wrote that Hamas was becoming what conflict resolution practitioners call a spoiler group, in this case a stakeholder that has been excluded from a peace process and therefore tries to use violence to sabotage it. Despite the danger posed by Hamas, extremist Israeli settlers and other spoiler groups, I argued at the time that the prospects of peace were worth the danger posed by violent opposition to the process. Then U.S. Secretary of State Clinton at a meeting between Prime Minister Netanyahu and President Abbas, September 15, 2010. (Amos Ben Gershom/GPO)

That was then. Fast-forward six years and there is no peace process in sight. There hasn’t been one for a long time, and despite the semblance of renewed movement expressed through the Paris summit and Netanyahu’s thus-far failed attempts to re-write the Arab Peace Initiative (API), there is nothing to indicate that the Israeli and Palestinian leadership will be sitting down to start mapping a negotiated settlement anytime soon. (Ben Caspit explains pretty succinctly why nobody should take Netanyahu’s API gesture seriously.)

Intellectually it is almost impossible to find hope in the current political stalemate. Given the choice between bringing the left-leaning, two-state supporting Labor Party into his government, Netanyahu instead chose to strengthen his existing coalition with hardliner Avigdor Liberman and annexationist Naftali Bennett, who has vowed to do everything in his power to prevent Palestinian statehood. Mahmoud Abbas, who the Israeli Left and much of the international community long ago ordained as the last partner for peace Israel will ever have, has lost whatever shreds of a democratic and popular mandate he has been grasping on to for the past few years.

Both societies are radicalizing, both support the use of violence against the other, and both fear violence from the other. Recent polls have indicated that more than half of Jewish Israelis support extra-judicial executions of terror suspects, and almost as many expressed support for the ethnic cleansing of Arabs from Israel. Among the Palestinian public, meanwhile, a recent poll found that over half of the population supports a return to an armed intifada in the absence of peace negotiations.

The current violence, the worst of which we saw this week in Tel Aviv’s Sarona Market, is not a carefully calculated attempt to derail a peace process; it is also not an excuse for despair. Violence is the strongest reason to keep working for peace, to keep fighting for peace, to keep hoping for peace. If we stop fighting for a future in which Palestinians and Israelis alike feel secure in their own homes, streets, cafes and city squares, then we are resigning ourselves to a future of senseless violence, wars, bombings, and desperate and polarized youth who see less and less humanity in each other with each passing year. If we stop fighting for peace, then we are resigning ourselves to another 49 years of military occupation and violence.