Just as an American wouldn’t imagine voting for a party that does not accept blacks, progressive Israelis should only consider voting for parties that challenge the separation between Palestinian and Jews. 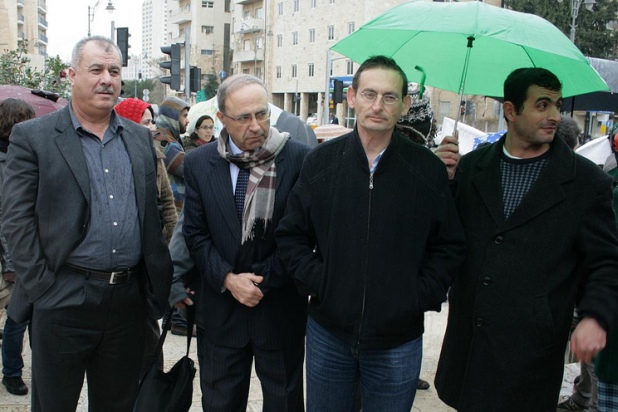 This is a translation, with minor changes, of my weekly column for Time Out Tel Aviv. The Hebrew original can be read here.

A couple of weeks ago, the Knesset’s Central Elections Committee forbade media outlets from referring to Hadash, Balad and Ra’am-Ta’al as “Arab parties” in their polling results, and called on outlets to refer to each party individually. Nobody would think to publish a poll in which United Torah Judaism and Shas appear in one column as “the ultra-Orthodox,” but all the Hebrew papers, including Haaretz, have reached the conclusion that it is okay to treat Arabs as one bloc – despite the fact that the difference between the religious Ra’am and the socialist Hadash is way bigger than the one between Naftali Bennet of the Jewish Home and Likud.

This is but a symptom of a national problem. In almost 65 years, no government has ever included one of the Arab parties in the coalition, and there has only been one Arab minister in history. The Jews in Israel have grown to see the Arabs as people whose share in the state is always in question, whose citizenship is never secured, whose status should always be lower and who altogether needs to thank the majority for being allowed to live here.

The left and the center are to blame for this state of affairs even more than the right. After all, it was never a secret that the right sees Israel as a state for Jews only. Racism was always the main course for them, not just the sauce. But those who legitimized the discrimination are the liberals from the left and the center, who religiously followed the idea of “a Zionist coalition” (code name for Jewish-only), and have always emphasized the abyss that lies between them and the Arabs. Lieberman was okay for them, but Hadash wasn’t – despite the fact that the left’s values should be much closer to Ahmad Tibi’s or to those of Balad, which was, by the way, the first Israeli party to reserve one-third of its Knesset representation for women, to note just one example.

In fact, the only time the left and the center parties pay any attention to the Arabs is before the election, when everyone complains about the low turnout among Palestinian citizens, diminishing the chances of the so-called “peace camp” to secure a majority against the right-Orthodox bloc. With such an approach, the only surprise should be that the turnout is not even lower.

The necessary conclusion for me is that it is simply forbidden to vote for parties which are not shared by Palestinians and Jews, or for ones that preserve the policy of separation between Palestinians and Jews. There are no perfect parties, but this should be the basic condition, just as an American shouldn’t vote for a party that doesn’t accept black people. Therefore, in the coming elections, the parties to consider are Hadash, Da’am and Balad. The considerable flaws of each one of these parties are of less importance than the fact that they promote joint political action by Palestinians and Jews. Another non-Zionist Knesset faction, Ra’am-Ta’al, is a religious party, an ideology which, in my opinion, does not present a good base for long-term cooperation. Meretz has taken a major step forward by placing a Palestinian candidate at the fifth seat (which may get him into the Knesset), but it still carries a burden of proof on this issue. To the right of Meretz there is but a wide desert of racism and ethnic exclusion.