The very people the Left categorically rejects — Mizrahim and settlers — are exactly whom they need to make peace. 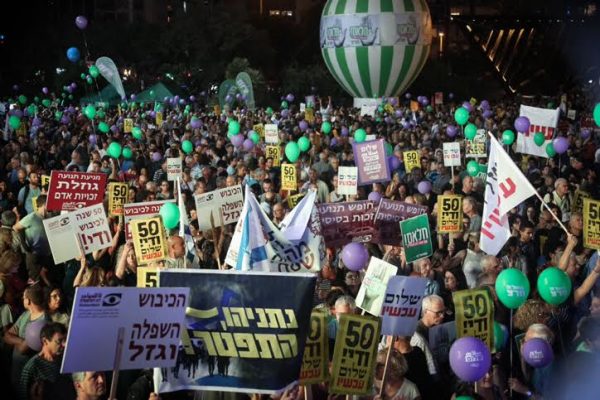 Three weeks ago, I attended the Peace Now rally in Tel Aviv’s Rabin Square, standing among the “peace camp” and meeting many people whom I love and value. They are committed, devoted, and get out of the house to actually protest and work toward peace.

As I was listening to the speeches, I thought of a poem by Roy Hasan that ends in the line “They’ll never make peace, because if there’ll be peace, all the arsim[1] will come.” And I thought to myself that the reverse is also true — that all the arsim need to be here in order for there to be peace.

I don’t doubt that all those who filled Rabin Square that night want peace. But the rally, and all the other actions taken by the white-liberal camp, aren’t exactly bringing an end to the occupation and a solution to the conflict. They don’t amount to an effective political plan. It’s been 50 years, and they still haven’t generated enough political energy to significantly alter the status quo. On the contrary — among certain groups, the current discourse around peace simply reaffirms the longstanding hegemony and position of the elite. People talk about peace in order to feel superior, which is the exact opposite of effective political action.

Fixing this has to start with Mizrahim. It’s precisely the boogeymen of the Left who represent the sole chance for peace, and there will be no success without the full participation of the very people the Left categorically rejects. And that begins with Mizrahim and Arabs, without whom the Oslo process would not have taken place. Whenever I’m asked who has inspired my political outlook, Rabbi Ovadia Yosef is one of the first people I mention. His ruling backing peace with Egypt, and nudging the ultra-Orthodox Shas party to allow the Oslo peace process to proceed, was critical to building a political alliance that could bring about change.

As for Arab citizens of Israel — talk to them, in depth, about the frustration of being caught between their national commitments as Palestinians and their Israeli civic commitments. They are neither an annex nor a bridge. They have their own voice, which is renewed with each generation. Ayman Odeh’s presence on the stage at the Rabin Square rally was the most meaningful aspect of the demonstration, along with the speech given by Eli Bitan, who was educated in Shas institutions.

Then there are the settlers, the ultimate “other” of the Left, the vast majority of whom have nothing to do with them. Settlers live amongst Palestinians, to a much greater extent than we do — and yet somehow they’re the problem. They have to play a significant part in any solution.

It’s true that national-religious settlers (around a third of all settlers, the rest of whom are ultra-Orthodox and secular people) include a violent, dangerous, messianic right-wing element, which dreams of and strives for a land cleansed of Arabs. The messianic Right also resides within the Green Line, and we need to stand against them without compromise.

But alongside them are many settlers who have developed ties with their Palestinian neighbors, out of a belief in mutual prosperity and coexistence. Establishing cooperation, while acknowledging power relations, is a potential path to peace. And all of these people must be included in the leadership of the peace camp, and in political alliances.

And what about a peace plan? The liberal peace camp’s frustration has advanced the concept of separation. It often seems as if it’s all a matter of figures, and the fear over the number of Palestinians between the river and the sea dominates. Politicians like Yair Lapid use this fear, exclaiming that we’ll “divorce” from the Palestinians, that we’ll send them to hell, that we’ll build a high wall to keep them out. In this bourgeois Israeli fantasy, the Arabs will disappear. Just like the Mizrahim. 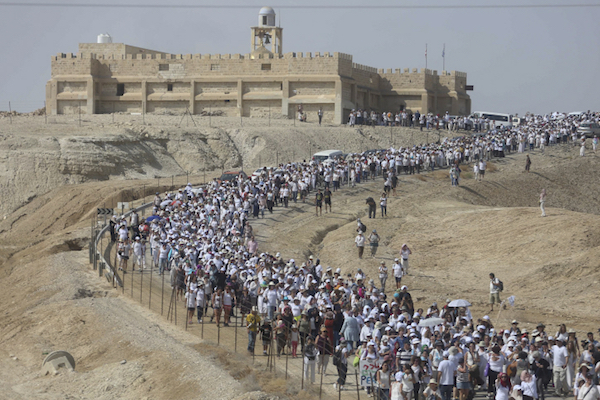 This fantasy is understandable, but unrealistic. It’s part of the “villa in the jungle” concept — the idea that we’re part of Europe, not the Middle East. A solution that involves total separation will never happen, and any proposal that creates besieged islands of Palestinian autonomy, like Gaza today, will end in failure. It will lead to the realization of the Right’s vision of “terrorist states.” Mizrahim understand this. So, to some extent, do the settlers.

The “two states, one homeland” proposal points in another direction — two independent nation-states, with semi-open borders, which will stand at the entrance to the Middle East and not just serve as a window to Europe. Unsurprisingly, spearheading this initiative are Palestinians from both sides of the Green Line, settlers, Mizrahim and ultra-Orthodox.

Fifty years on from 1967, we have to ask ourselves: do we want to talk about peace, to hope and pray for it, or do we want to make it happen? Do we want to wait for someone to create peace for us, or do it for ourselves? If we are serious about it, and want to take responsibility, then both the leadership and the plan for peace need a profound adjustment.

Avi Dabush is one of the leaders in the Periphery Movement, and of the March for Equality in Education and Welfare. This post was originally published in Hebrew on Local Call.