A video posted Tuesday by Al Arabiya shows the destruction of the Gaza neighborhood of Beit Hanoun in one hour. According to the Israeli army, residents are given at least three minutes to evacuate their homes before they are bombed. (In some cases, Gazans are given a 24-hour notice to evacuate the entire neighborhood.) Watching this video, I couldn’t help but wonder whether those three minutes would be enough to escape this kind of attack. I don’t think so.

This video reflects the reality of civilian life in Gaza. Israel claims that Hamas is using schools, hospitals, beaches and mosques to shoot rockets, which makes each of these sites a legitimate target. However, this also means that civilians have nowhere to go for safety. I was told by some Israelis that people should just go out into the streets until the bombing is over. However, this video proves how naive this “solution” is. The residents of Gaza don’t even have the “privilege” to flee danger as refugees. 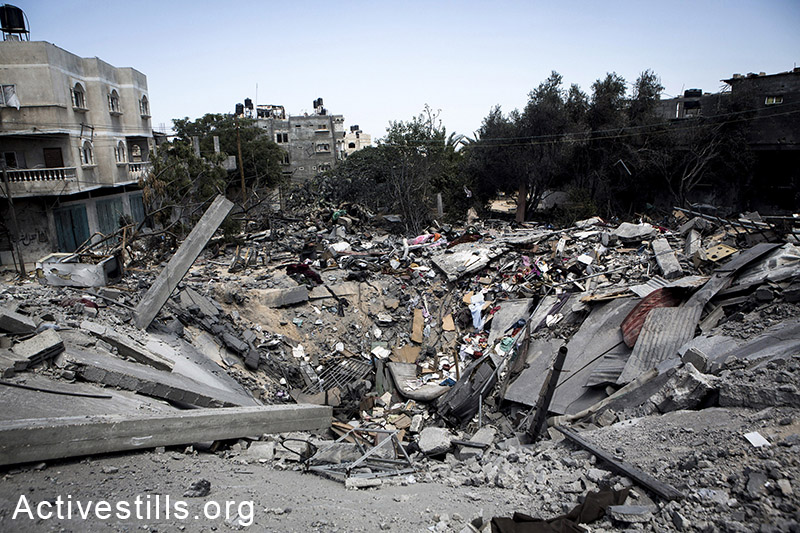 A huge crater is seen in place of a home that was bombed during an Israeli attack, Bani Suheila, East of Khan Yunis, July 27, 2014. (Anne Paq/Activestills.org)

As a friend of mine from Gaza told me when I called him two days ago: “We are waiting here to see if we are meant to live or die. Every day is another day of fear and destruction. If you don’t die, someone you know is likely to be among the dead. This is no life a human being can accept.”

Related:
Why do Palestinians continue to support Hamas despite such devastating losses?
Not about tunnels: Israeli tanks take aim at central Gaza
Why did Israel reject Kerry’s ceasefire proposal?