Fifteen Israelis tried to join Palestinians in the West Bank village Susya to protest a concert for Jews only in the adjacent settlement, but only seven were able to make it there. The IDF stopped them several times on the way, claiming there was a military order prohibiting their presence. The seven who managed to make it to the protest were surrounded by 100 soldiers and border policeman.

Israeli singer Ehud Banai gave a concert Monday night to an exclusively Jewish crowd in the settlement of Susya in the south Hebron Hills, after initially canceling the gig due to left-wing protests. Banai stated that he decided to go ahead with the concert because doing otherwise only “fanned the flames of hatred,” and because he is committed to “bring people together.”

Nasser Nawajaah, a resident of Palestinian Susya whose family was kicked out of where the settlement now stands in 1986, wrote an open letter to Ehud Banai, explaining the significance of his decision to perform on the ruins of Nawajaah’s native home, for an audience that includes those responsible for uprooting Palestinian trees, poisoning Palestinian wells, assaulting Palestinian shepherds and burning Palestinian fields.

The Palestinian local council in Susya, as well as the popular committees in the West Bank decided to hold a protest during the concert, inviting Israeli activists to join them. According to Guy, an Israeli Ta’ayush activist who frequents the south Hebron Hills, a minivan of 15 Israelis left Jerusalem Monday evening for the village. But due to the efforts of the IDF, a drive that usually takes less than an hour took them 2.5 hours.

>Read more: The Palestinian village of Susya – a glance from within

According to Guy, the people on the bus noticed a car following them from the moment they set out from Jerusalem, and were stopped several times along the way by IDF soldiers who appeared to be waiting for them with a makeshift checkpoint. At one point, they were held for an hour near the settlement of Kiryat Arba. The officer told them they were heading to the concert to make trouble, and were endangering themselves with the settlers. They told the officer that they had no plan of going into the concert, but were going to protest from “the Palestinian side.” The officer then demanded to see the signs they brought with them to make sure there were no incendiary slogans, and later stopped them again with a bogus military order that claimed they weren’t allowed to be there.

Out of the 15 Israelis, only seven who got out of the van and walked quickly through other villages made it to the protest, where about 100 Palestinians were peacefully protesting the concert. The other eight were turned back by the IDF and held for a while before heading back to Jerusalem.

The video below shows the ordeal. It is yet another document of the way in which the IDF acts as an occupation police force by restricting freedom of movement, protest and speech of anyone who wishes to voice opposition to government policy.

Read more:
‘Performing in my stolen home’: An open letter to Ehud Banai
Between south Hebron, the Jordan Valley and Israeli democracy
WATCH: The Palestinian village of Susya – a glance from within
Photo essay: Susya’s women share their life through a lens

emailemail
Before you go…
A lot of work goes into creating articles like the one you just read. +972 Magazine is nonprofit journalism, owned by many of our writers, editors, and journalists. In order to safeguard that independent voice, we are proud to count you, our readers, as our most important supporters. With your support, we can keep +972 Magazine a strong, independent, and sustainable force helping push the global discourse on Israel/Palestine.
DONATE
More About Ehud Banai WATCH: Protesting Ehud Banai’s show for settlers of Susiya
Israeli singer Ehud Banai performed in the Israeli settlement of Susya in the south Hebron Hills last Sunday. Although public outcry against the performance led to the show’s cancelation, the show eventually went on and got started, in the words of Israel’s Channel 10 News, “on the right foot.” Social TV was in the neighboring…
By Social TV October 6, 2013 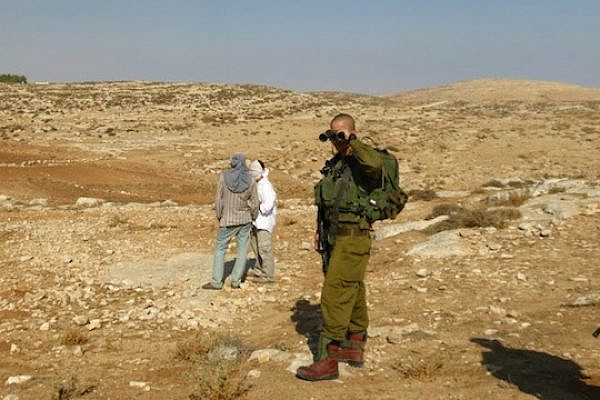 Between south Hebron, the Jordan Valley and Israeli democracy
A couple of West Bank incidents from the last few days, and one final thought: 1. Israeli singer Ehud Banai, who was due to perform in the archaeological, Jews-only site of Susya in the south Hebron Hills, cancelled his gig following left-wing protests, then canceled the cancelation, stating that his decision (not to perform) “fanned…
By Noam Sheizaf September 22, 2013

‘Performing in my stolen home’: An open letter to Ehud Banai
Nasser Nawajaah, a displaced Palestinian resident of the south Hebron Hills village of Susya, writes to an Israeli singer who is scheduled to perform in the settlement built on his family’s stolen land. Several weeks ago a number of Israeli left-wing individuals and organizations launched a campaign to pressure Israeli singer Ehud Banai not to…
By +972 Magazine September 21, 2013