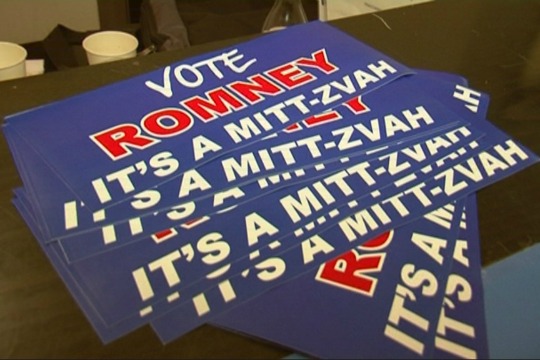 The U.S. presidential race is entering its last two weeks.  On Friday, President Barack Obama picked up a surprising endorsement from the Salt Lake Tribune, the official newspaper of the capital city of the predominantly Mormon state of Utah. Governor Mitt Romney, a Mormon, seemed like the natural choice, but as the Tribune noted, Romney does not deserve a chance.

“Our endorsement must go to the incumbent, a competent leader who, against tough odds, has guided the country through catastrophe and set a course that, while rocky, is pointing toward a brighter day. The president has earned a second term. Romney, in whatever guise, does not deserve a first.”

On Monday, the two candidates will face-off in the third and final debate in as many weeks. This one will focus on foreign policy, an issue that of vital importance for many people living outside of the United States, but most of whom do not have a chance to vote in the American elections. In Jerusalem, a group of Romney supporters are trying to show they still matter. Ahead of the last debate, they spent the night calling Jewish voters in Ohio and Florida – so-called swing states – and urging them to vote for Romney.