For the third time in the past two months, Israeli and Palestinian activists march on West Bank checkpoint to call for an end to the ongoing violence.

Over 200 Israelis and Palestinians marched on the Israeli army’s “tunnels checkpoint” south of Jerusalem Friday to demonstrate against the occupation and the ongoing violence in the country. 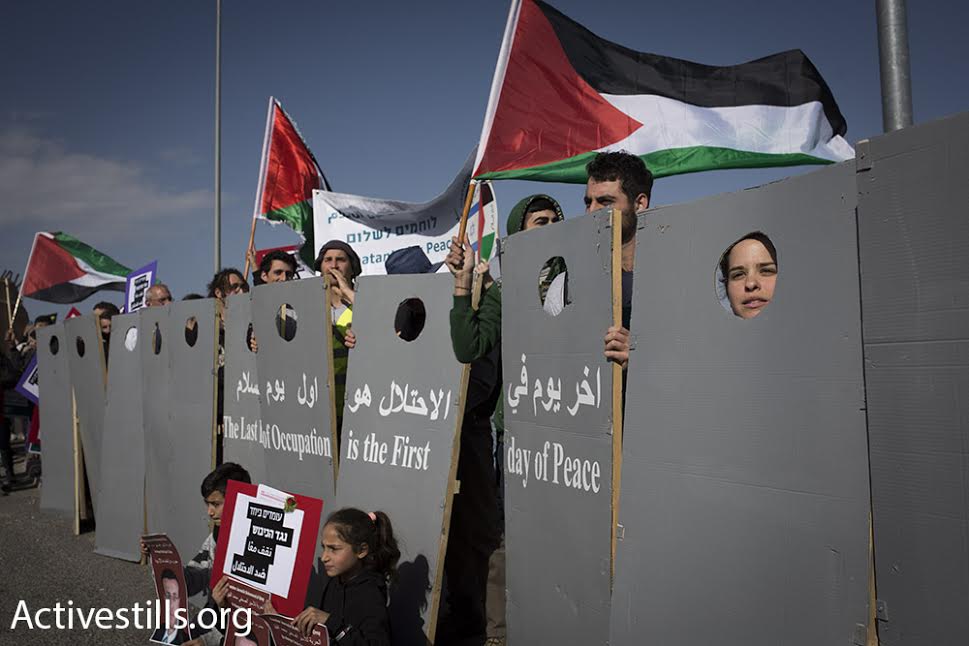 Israelis and Palestinians march toward the ‘tunnels checkpoint’ in the West Bank, in a joint demonstration against the occupation, February 5, 2016. (photo: Oren Ziv/Activestills.org)

The protesters began marching from the Husan junction on Route 60 — the southern West Bank’s main north-south artery that connects Jerusalem, Beit Jala, the Gush Etzion settlements, and Hebron — while chanting slogans against the occupation and in support of two states. Some of the marchers held photos of Palestinian journalist Muhammad al-Qiq, who has been on hunger strike for 73 days. 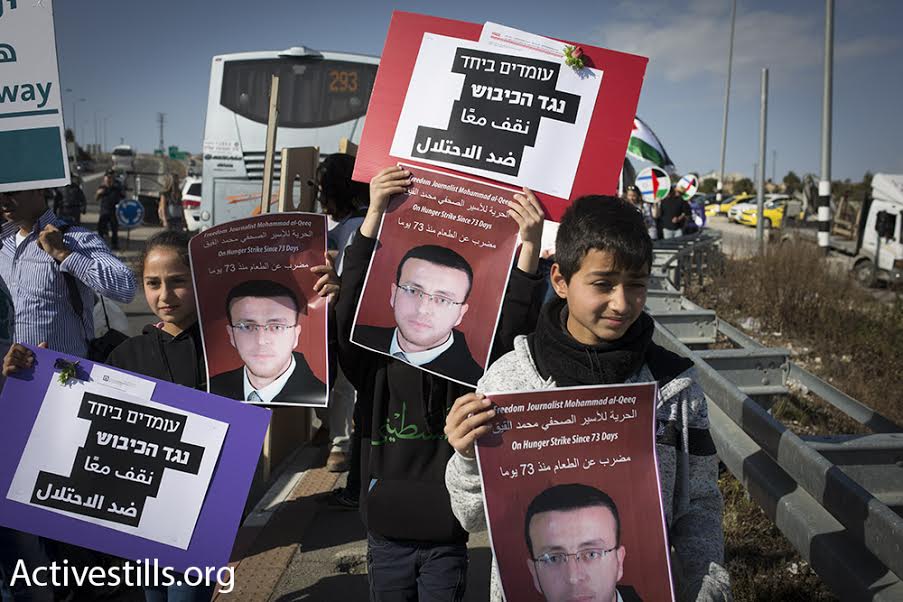 Palestinians and Israelis hold up posters of Muhammad al-Qiq, a Palestinian journalist on hunger strike in an Israeli hospital, during a joint protest at the ‘tunnels checkpoint,’ south of Jerusalem, February 5. 2016. (photo: Oren Ziv/Activestills.org)

As the demonstration began, and despite the police blocking traffic for a short while to allow the marchers to pass through Route 60, a number of Border Police officers, some of them masked, arrested two of the march’s Israeli organizers. The police then pushed back against a number of protesters who tried to explain that violent arrest was unnecessary. Meanwhile, Israeli drivers stopped their cars and cursed the protesters. 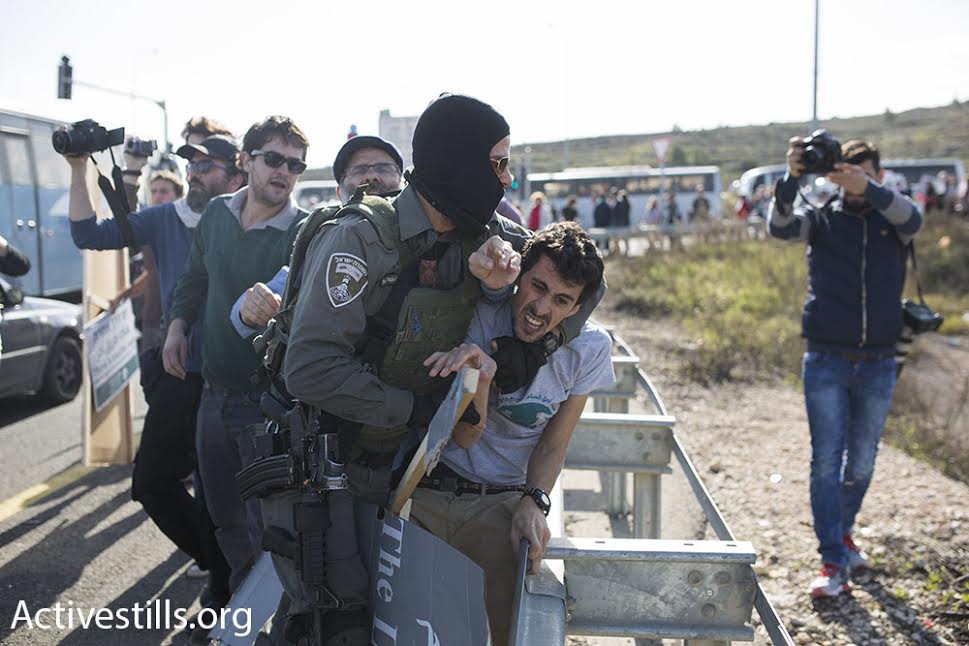 The two Israeli organizers were released at the end of the demonstration. 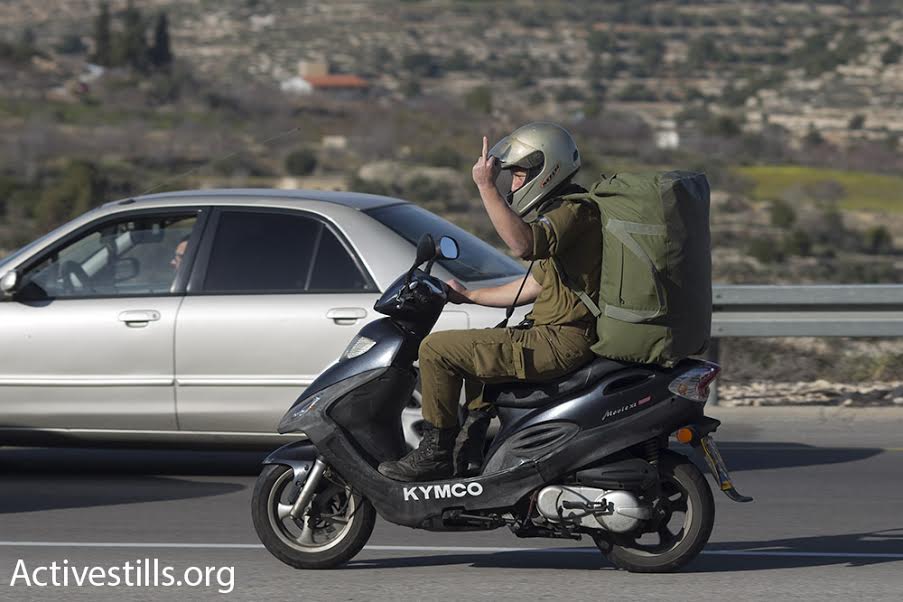 An Israeli soldier flips off Israeli and Palestinian demonstrators during a protest march in the West Bank, February 5, 2016. (photo: Oren Ziv/Activestills.org)

This is the third joint demonstration at the tunnel’s checkpoint in the last few months, organized by “Standing Together,” which includes anti-occupation groups such as “Combatants for Peace” and others.