Israeli forces who turned up to demolish a home in the West Bank village of Budrus were met with an unexpected obstacle: dozens of Palestinian women protecting the house with their bodies.

The women of Budrus, a Palestinian village in the West Bank, sent a powerful message on Wednesday when they physically blocked Israeli forces from carrying out a home demolition. Video of the incident, shot by photojournalist Issam Rimawi, shows dozens of Palestinian women standing on the porch and roof of the home, as Israeli army jeeps and Border Police officers idle out front. To the side stands a group of men from the village, observing the proceedings.

The women of Budrus are not new to such exploits. In 2011, the village’s struggle to resist the occupation won international attention following the release of a documentary, “Budrus,” which covered local activists’ and organizers’ attempts to reroute the planned path of the Israeli separation barrier. The fight to stop the fence from cutting the village off from huge swaths of its land, while destroying thousands of its olive trees, turned a corner after Budrus’ women became actively involved. Images of women physically confronting Israeli bulldozers and jeeps are some of the most inspiring in the film. In a rare victory for anti-occupation activism, the path of the barrier was rerouted — leaving the village with 95 percent of its land. (Full disclosure: +972 partnered with Just Vision, the organization that produced ‘Budrus,’ to launch and operate Local Call, our Hebrew-language sister site.) 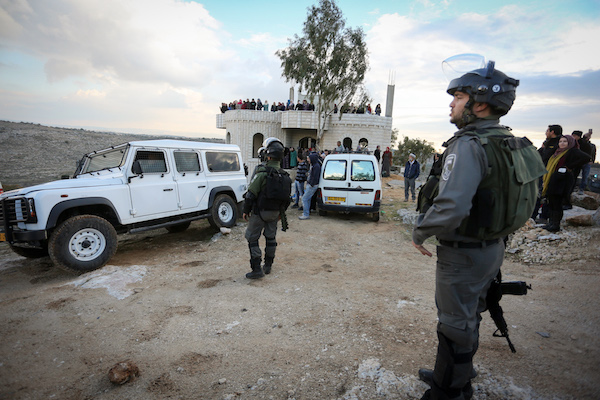 That moment of grace did not spell the end of Budrus’ troubles, of course: Israeli violence against the village has continued, whether structural — by the very fact of the occupation’s continued existence — or physical. Violent arrests blight the community, as they do in countless Palestinian villages in the West Bank. The gravest incident of all came in January 2013, when IDF soldiers shot and killed Samir Awad, a 16-year-old village resident. The trial of the soldiers responsible finally concluded last November, with the accused set to receive no more than a slap on the wrist. 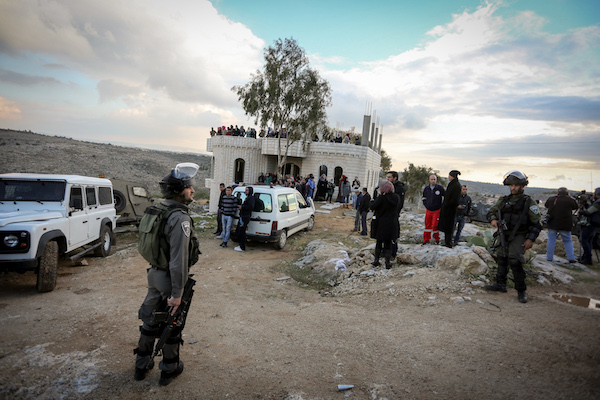 Just two months later, Budrus’ women faced off against the same uniforms and the same guns, and held their ground. As a result, someone’s home is still standing. It’s the kind of perseverance that constitutes daily life under occupation.