Two brothers from the village of Nil’in got tickets to see Madonna play live in Israel. They started walking to the show, but were stopped by the separation wall built on their lands. “I apologize for being not able to come to your concert for peace,” said one of the brothers.

[UPDATE: I’ve been told the video is inaccessible in the United States, so I’m attaching six screen shots from it at the end of the post for their benefit]

The famous singer chose to perform in Ramat Gan despite being called upon by Palestinian, Israeli and other groups around the world to boycott Israel as long as it maintains an apartheid regime in the occupied territories. To subdue criticism, Madonna invited 600 activists from various peace NGOs to come to the show for free. But activists in Anarchists against the Wall refused the invite, and members in the group stated that they would not come to the show as long as their Palestinian friends are barred from coming too.

To drive home the point, several activists in the group shot a short video, showing Sa’id and Muhammad Amira from the village of Nil’in– which tomorrow will be commemorating four years of struggle against the wall constructed on its land – trying to reach the concert. The two brothers are seen holding tickets to the show, and leaving their village towards the main road to Ramat Gan, until they are forced to stop at the wall. The brothers call upon Israeli soldiers to open the gate, but are left unanswered. Attempts to go to a checkpoint or contact Israeli DCO authorities are all in vain as well.

“Ms. Madonna, I would like to apologize, first, for not being able to come to your concert,” says one of the brothers at the end of the clip, and continues thus:

With all the peaceful songs that you sing for peace, in an apartheid state, it doesn’t help the real peace. Because for me as a Palestinian I cannot get in, because I have been suppressed and oppressed and they don’t give me a permit for anything. And I don’t need a favor from (President Shimon) Peres or from anyone, or fromIsrael. As a human I would like to come to your concert. You can see the Israeli apartheid wall that is double the wall of Berlin and that prevents us from accessing everywhere. We are here in a big prison, in a big jail, and it’s the reality of the situation. It’s not about peace or something – it’s about an apartheid state”

Update: six screen shots from the clip, for people in the US who cannot open it: 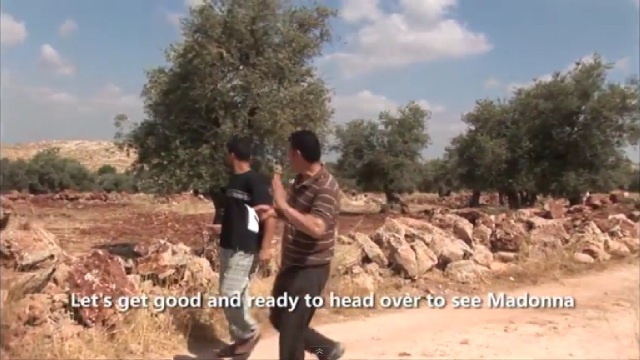 The brothers leaving the village 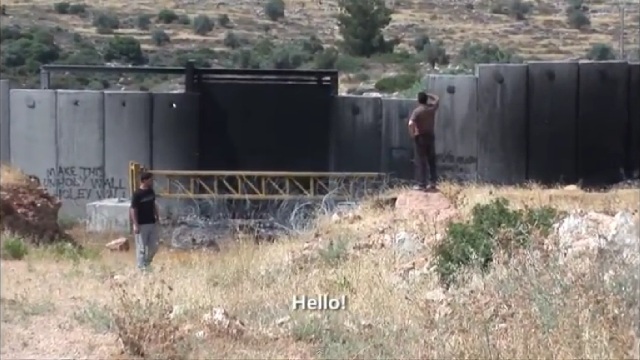 Running into the wall 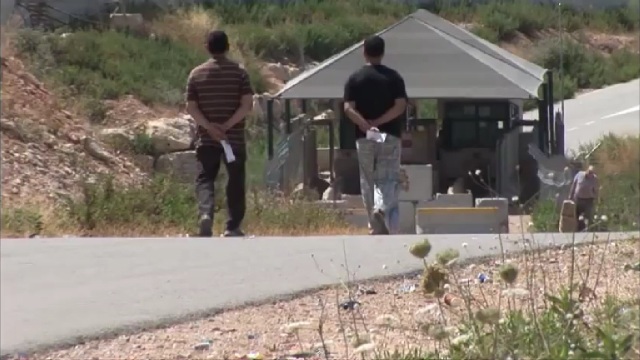 Walking to a chekpoint 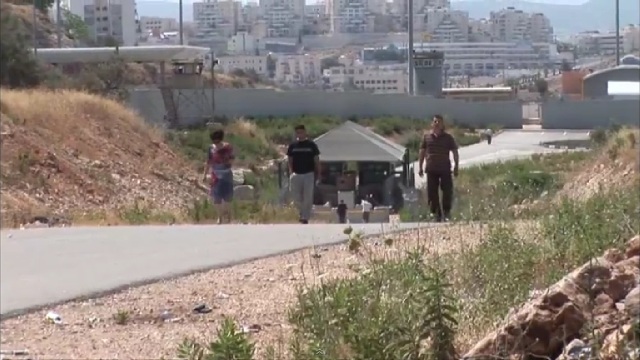 Returning after being turned down at the checkpoint 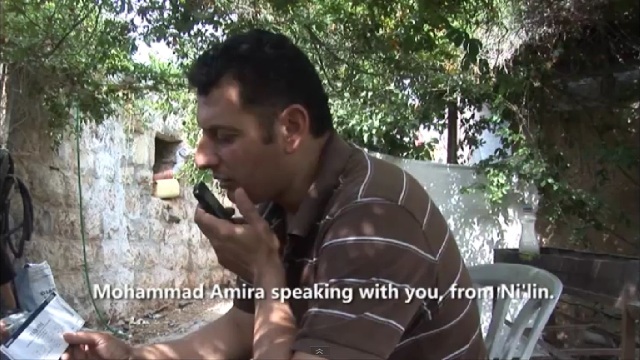 Calling the Israeli DCO and asking for permits 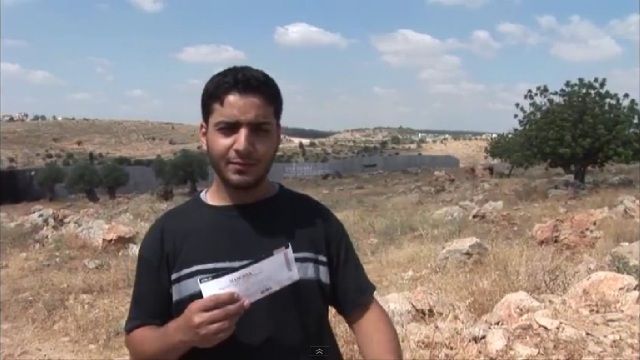