Palestinian Knesset member Haneen Zoabi and her media adviser and acting Joint Arab List spokesperson Emilie Moatti were attacked by rightists Tuesday during a panel at the Ramat Gan College of Law and Business. The attackers were identified with extreme right-wing settler Baruch Marzel, who is running with Eli Yishai’s Yachad party.

The assailants violently interrupted the panel Zoabi was speaking on, before physically getting on the stage and pouring cola on her head. Moatti was reportedly hit in the head with a flagpole outside the building while Zoabi’s staff members attempted to evacuate the MK. Moatti was taken to the emergency room at Ichilov and reportedly suffered a light concussion.

The attack came just hours after Marzel published a status on his Facebook page, which read, “Zoabi, I’m coming for you,” and included details of the event, calling on his supporters to attend. After the attack, Marzel boasted on Facebook that he had managed, as promised, to prevent her from speaking at the panel, which focused on the status of women in Israeli society and was attended by several female Knesset members from across the political spectrum. Marzel has been campaigning with the slogan, “I will wipe Zoabi’s smile off her face.” 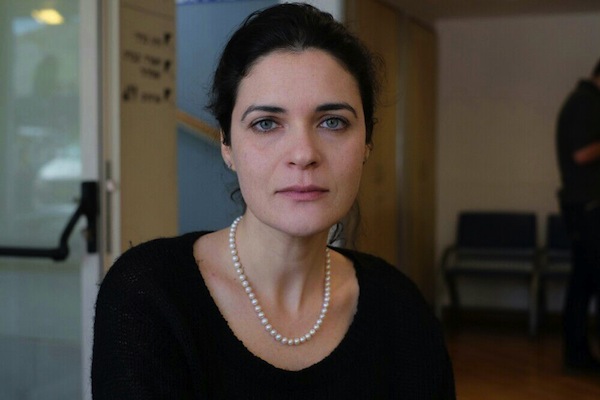 The police were notified about the threats, yet did not send anyone to secure the event. “The racist and violent attack by right-wing party activists on Zoabi and her staff illustrates the right’s approach and is a direct continuation of its incitement and effort to exclude Arab representatives from the Knesset,” the Joint Arab List said in a statement following the attack.

Related:
No parity between Zoabi’s democracy and Kahane’s racism
The road to a fourth Netanyahu gov’t runs through Haneen Zoabi