AKCAKALE, TURKEY — It has been nearly a week since a Syrian mortar shell landed on a Turkish home just across the border, killing five members of the same family. The incident brought a swift response from Turkey, and a promise by the government in Ankara that it would not hesitate to strike back, which it has done nearly every day since.  But a growing role for Turkey in the Syrian conflict may also mean some tricky navigation through political and diplomatic waters.

Turkey continued sending additional tanks and troops to its border with Syria, enforcing those already there, with their gunner facing south and ready to fire. Turkey’s response to the stray shelling from the Syria side has, thus far been, proportional, and it has been from its own side of the border. But parliament’s approval last week of the deployment of troops to “foreign countries” could pave the way for a future ground incursion.  And added bonus, some say, is an opportunity for Turkish troops to strike at Kurdish rebel bases inside Syria. 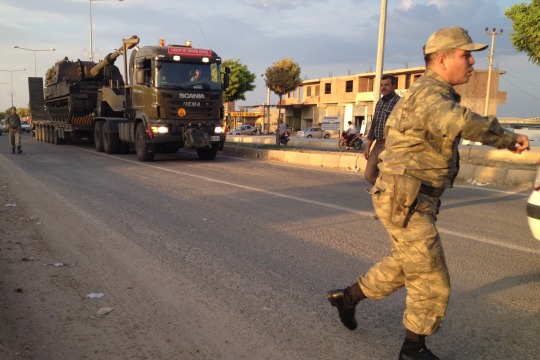 But public anger over the death of five Turkish civilians killed  near the border has not really morphed into greater support for a military action.  And for Turkey, a front-line at the border would create a wide range of logistical problems. Turkey and Syria share a 900 kilometer border that was artificially drawn-up by the West after World War I.  Much of the land on both sides is flat, giving neither side a clear topographical advantage, and making it difficult to predict where the next spillover might to be.  Additionally, a larger role for Turkey in Syria could put Ankara on a collision course with Moscow – which is backing Assad, but also supplying Turkey with much of its natural gas.  It might also distance leaders in Ankara from key allies in Baghdad and Tehran. And it could create problems with Washington, which as a NATO member, may find itself dragged into a conflict it has thus far opted to stay out of. 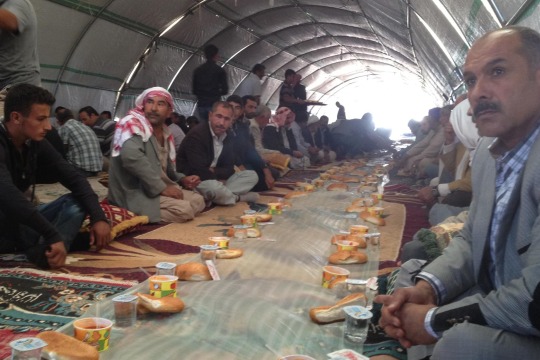 Community members near Akcakale gathering in Umar Timucin’s government-provided mourning tent after he buried his wife and three children who were killed by a Syrian shell, October 7, 2012 (photo: Roee Ruttenberg)

Meanwhile, Ankara finds itself alone on stage, and the government has been frustrated by what it sees as the lack of international support for action. One theory is that Prime Minister Tayyip Erdogan has to act tough, to secure Turkey’s role in the region – whatever shape it takes. Another suggests Turkey is being baited into the conflict, against its will. But the theory that Turkey has been an innocent bystander that has suddenly been thrust into the spotlight after it was attacked is misleading. The Turkish government was one of the first voices to be openly critical of Syrian President Bashar Assad after the start of the Syrian civil war, and Erdogan has taken on a leading role in efforts to see Assad go (it is believed Erdogan was hoping Assad’s departure could pave the way for an Islamist-lite government in Damascus, a-la-AK Party, which under Erdogan rules Turkey). Turkey accused Syria of violating its territorial integrity, and thus says it was forced to response. But Syria has constantly maintained that Turkey has effectively been doing the same thing, by (at minimum) providing safe passage and a logistical gathering base for the rebels, and (worse, in Assad’s mind) providing them weapons. 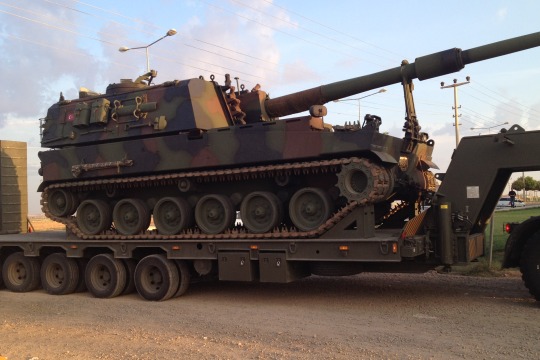 Regional dilemmas aside, on the domestic front,  Turkey has already taken-in some one-hundred thousand Syrian refugees. That is the official number, meaning, the count in the “recovery centers” (note: Turkey does not call them “refugee camps”). Another fifty-thousand are thought to be living with relatives, and thus a part of the unofficial count. At the same time, Ankara has made it clear: it would prefer NOT to have more, and it hopes they can go go back soon.  An all out cross-border war would surely mean, for now, neither of those is possible.

WATCH:
Umar Timicin and his community mourn the death of his wife, three children, and a relative, after a Syrian mortar fell on their home

Children in Turkey’s border towns have been out-of-school for near one month. They are due to return soon, but are officials ready for them?