With the election of Donald Trump, a lot of progressive Americans must now be feeling what we here in the Israeli left have felt for a long time — outnumbered, unwanted, frustrated, and alone. 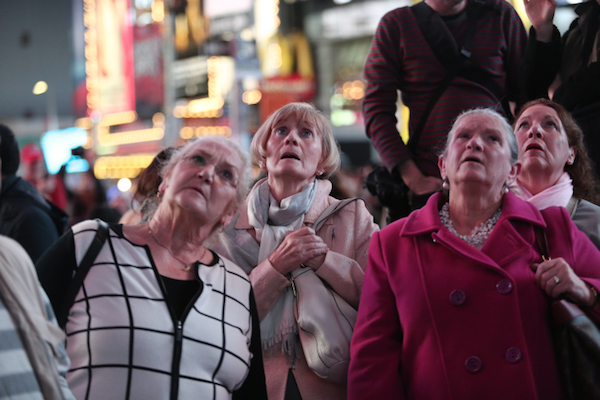 For a while now, I’ve been writing about how lonely it is to be a leftist in Israel, to be part of the minority that opposes the occupation and 50 years of discrimination and human rights violations, a minority that insists on challenging fundamental aspects of this government’s policies and this society’s values. About how it has become increasingly dangerous and radical simply to speak one’s mind, as the notions of equal rights and human rights have become derogatory terms, and as open criticism and dissent is explicitly silenced. How scary and frustrating it is to see the values and issues I believe in consistently voted down and publicly delegitimized.

With the election of Donald Trump as president, a lot of progressive Americans must be feeling what we here in the Israeli Left have felt for a long time: outnumbered, unwanted, frustrated, and alone.

What the success of Netanyahu — who was elected first in 1996 on the back of the Rabin murder and a campaign of incitement against the Left, and to his fourth term in 2015 again on the back of incitement against Palestinians citizens — and the success of Trump – who incites against or insults just about everyone – prove is that democracy is not a bulwark against inequality, racism, violence, oppression, and sexism. On the contrary, it is all too easy for people to democratically elect to do horrible things.

Israel has done this for quite some time. It may still try and market itself as a genuinely peace-seeking country, but today it is clearer than ever before that it is not. That veil has come off. De jure has caught up with de facto. Israelis have consistently “democratically” chosen  to keep Palestinians under occupation with no rights . And as Breaking the Silence director Yuli Novak succinctly put it this week, “don’t be confused. Occupation is the consensus [in Israel] … We are, proudly, outside the consensus.”

All those who were horrified by a Trump presidency, who didn’t believe it would happen — you, too, are now outside the consensus. This is a wake-up call.

With the election of Trump, the U.S., too, has now begun an “unveiling” process that Israel has been undergoing for at least the past decade. White supremacism, sexism, racism, inequality, hatred, ignorance, violence, reality-TV, social media, corporatism and celebrity worship, etc. — they all won fair and square yesterday. And now there is nowhere to hide. A black president couldn’t save you from this, and a female president wouldn’t have been able to whitewash it away.

It is shocking, it is disturbing, and it is enraging. But at least now we must all face the music. There are no excuses. There is nowhere to escape. It’s time to pick yourself up and fight for what you believe in, and stay true to the kind of world you want to live in — not just during a campaign, but every day. That’s something we on the Israeli left learned long ago.