New report by Israeli and Palestinian human rights NGOs shows that Israel is not meeting the conditions to which it agreed in a deal to end a massive hunger strike almost two months ago. Three Palestinians are still on strike, one in mortal danger. 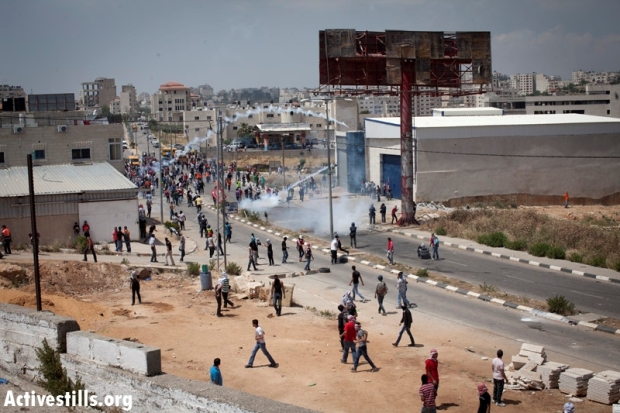 Fed with lies? Almost eight weeks have passed since some 1,550 Palestinian prisoners ended their collective hunger strike in exchange for a series of steps to better their conditions, promised by Israel. Yet a new report recently published by Physicians for Human Rights, Al-Haq, Adalah, Addameer and other NGOs shows that the state has neglected to fulfill several of the more significant promises it made.

The prisoners’ hunger strike, which started on Palestinian Prisoners’ Day, was aimed at challenging steps taken by Israel in 2011 against the prisoners in order to promote the release of Gilad Schalit. While Schalit was released in a prisoner swap, conditions in Israeli prisons remained the same, leading to the prisoners’ struggle. The strike was also about demonstrating solidarity with several administrative detainees who have been on strike for longer periods, demanding to put an end to Israel’s use of draconic detentions without trial or charge. The deal reached on May 15 between the state and the leaders of the strike was supposed to begin a process whereby inmates regained their rights – but only few steps were actually taken by Israel in that direction since.

An end to solitary confinement, no change in conditions

According to the NGOs’ report, the Israel Prison Service held up its end of the deal by releasing 18 political leaders from solitary confinement, where some had been held for years simply for being recognized as leaders, and allowing them back into the common cells. Only Dirar Abu-Sisi, kidnapped by Israel in Ukraine, remains isolated, as are several inmates who have been sentenced to solitary confinement due to their behavior in prison, who were not included in the deal.

However, other parts of the deal were not fulfilled to the same extent. One of the most important of these was the demand to reinstate family visitations from the Gaza Strip, which was sealed off in 2007. According to the report, visitations were supposed to resume within a month, but inmates have still not seen any of their loved ones. A similar problem affects several prisoners from the West Bank whose families are barred from entering Israel– another problem not yet solved by authorities. IPS spokesperson has said in response that the coordination of family visitations is a complex process, involving the army, Shin Bet, police and the ICRC, and that a joint committee is due to finish its work on the matter shortly. A source in the IPS also told +972 that the committee’s work was delayed due to the recent escalation on the Israel-Gaza border.

Other reasons for the strike included the prevention of higher education within prisons for Palestinian inmates only, periodic violent searches, and a lack of sufficient health care. The IPS denies that resuming access to the Open University courses was part of the deal, and states that the policy is not about to change. A petition by inmates on the matter is pending in the High Court of Justice.

Still held without trial or charge

A significant part of the report deals with the issue of administrative detainees. The NGOs strongly condemn the continued detention of Hassan Safadi, who was on strike for 71 days, promised a release on June 29, and is now once again refusing food due to a new detention warrant issued against him. Safadi has been in prison since June 30 2011, and had his detention prolonged twice with the broad accusation of his being “a threat to regional security” – a decision approved by the High Court. He is now on the 14th day of a renewed hunger strike.

Meanwhile, administrative detainee Thaer Halahleh has been released as promised, after 77 days of hunger strike, and four other veteran hunger strikers are expected to be released within two months, including Palestinian National Football Team midfielder Mahmoud Sarsak, who was on strike for more than 90 days. The four are hoping that Israel keeps its word and doesn’t prolong their detention orders further, at least not without any charges or a proper trial.

The NGOs also warn that Israel does not seem to have reconsidered its policy of extensive administrative detentions – also not in accordance with promises made within the deal. The NGOs recommend EU intervention to end the draconic policy. 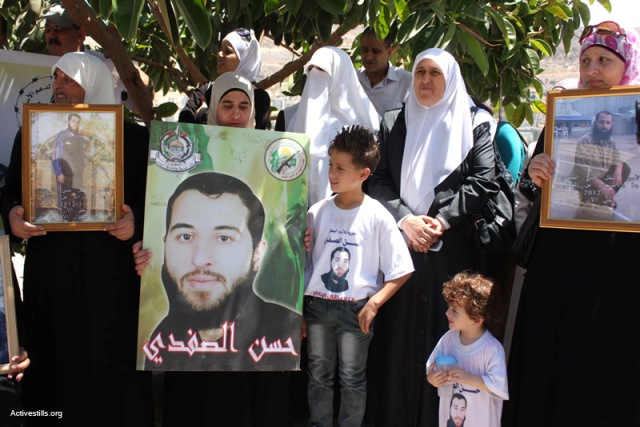 PHR also mentions that three Palestinians are still on hunger strike in prison to this day. Akram Rikhawi is now on his 86th day of hunger strike, and doctors fear for his life. Rikhawi was arrested in 2004, sentenced to nine years (for charges not mentioned by PHR, or found online), and is now protesting against an IPS committee’s decision not to cut a year off his sentence, due to his chronic asthma, diabetes and osteoperosis.

Two other inmates on strike are Safadi and Sammer Al-Burq, an administrative detainee now on his 46th day of hunger strike. The IPS says the three are being taken care of in the medical ward, and on occasion transferred for treatment in civilian hospitals. PHR calls upon the IPS to transfer the three to a civilian hospital until they end their strike.