In what seems like another “price tag” attack against Palestinian civilians, unknown perpetrators torched a mosque in the village of Jeba, west of Ramallah. Graffiti in support of the Ulpana neighborhood in the settlement of Beit-El, set to be evacuated by the end of the month, was sprayed on the mosques outside wall. 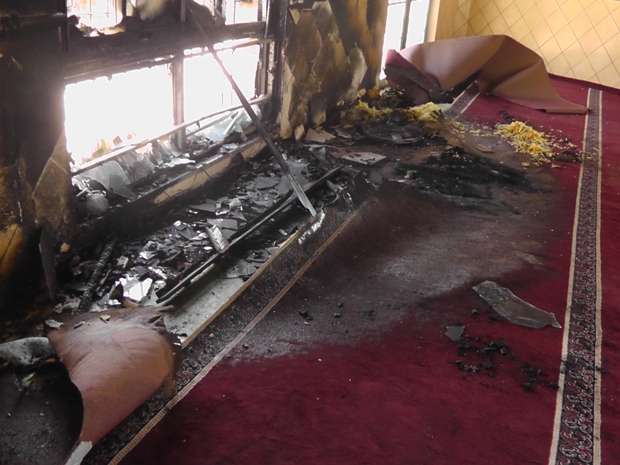 Settler leaders are in the midst of negotiating an agreement with the government, in which they will receive hundreds of housing units deep inside the West Bank in compensation for the Supreme Court ruling that ordered the land in the Ulpana Hill be returned to its Palestinian owners. At the same time, some of the settlers promise to fight the looming evacuation. Now it seems that other elements are determined to punish the Palestinian civilian population living nearby as well. 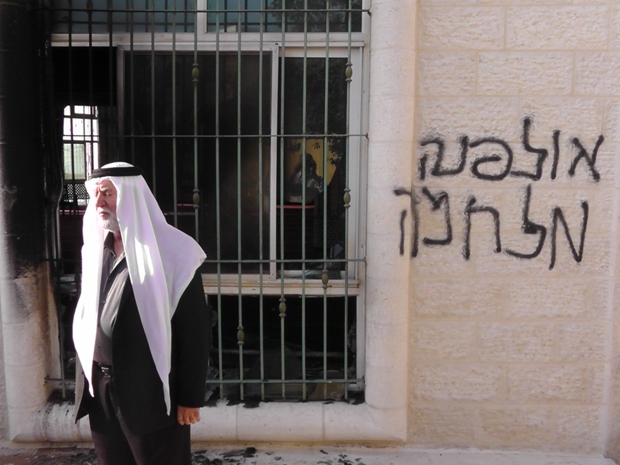