IDF officer admits Operation Brother’s Keeper has little to do with returning the kidnapped teenagers.

Parts of Operation Brother’s Keeper were planned in advance and are being implemented with no connection to their stated purpose – the return of the three kidnapped Israelis teenagers – according to an IDF officer in Jenin. The officer, who spoke to the ultra-Orthodox news outlet “Hadrei Haredim,” (Hebrew) said that the army has been preparing for an operation in the city due to the arming of residents there. 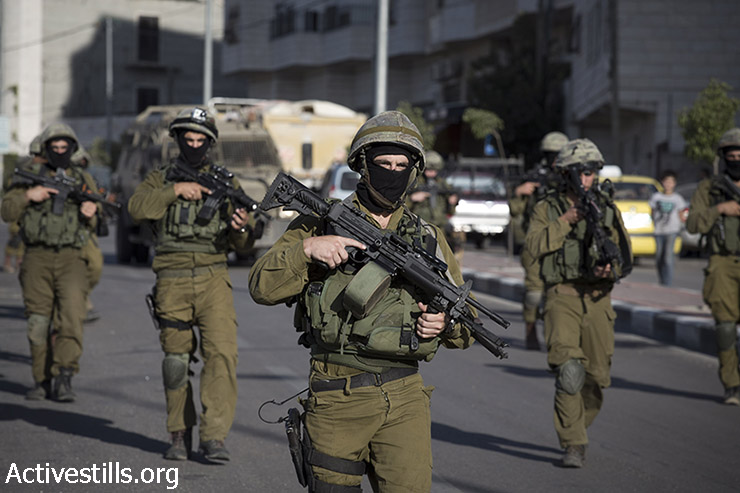 According to Hadrei Hadarim, the officer stated that the army is intentionally trying to agitate the population in order to provoke stone throwers, which will allow Israeli snipers to kill them. “There was a group of snipers on the roof – an entire unit that moves on the outskirts of Jenin in order to make noise and raise tensions,” he said. “This was actually the true goal: to provoke them into causing disorder, and then put down those causing the disorder.”

+972 has not learned of any instances in which the army used live fire in Jenin since the start of the current operation.

A top source in the IDF denied the accusations, stating that although Palestinians did throw stones, the soldiers did not respond with live fire. The IDF Spokesperson also responded to the claims, saying that they were “baseless” and that there “haven’t been any changes in orders regarding live fire.”

In response to an inquiry by +972, the IDF Spokesperson added that Operation Brother’s Keeper has two objectives: returning the kidnapped teens, and dealing a serious blow to Hamas in the West Bank. The Spokesperson also stated that the operation will last as long as is necessary.

Read this story in Hebrew on Local Call. Yael Marom is an editor at Local Call.