Yesterday, March 14, at about 3:30 PM, Abdallah Abu Rahmah, Coordinator of the Bil’in Popular Committee, was released from Ofer Military Prison after serving his 15-month expanded sentence.

Abu Rahmah was arrested on 10 December 2009 and sentenced to 12 months imprisonment including time served, which should have made his release from prison on 18 November 2010. Following the military prosecution’s appeal, he was kept in jail on the order of the Military Court of Appeals – in direct contradiction of Israeli High Court jurisprudence on the issue, which stipulates that only in the most extenuating of circumstances is a prisoner to be kept under arrest after his term has been served. During court sessions, the military prosecution that it wished to “make an example” of Abu Rahmah.

According to a statement released by the Popular Struggle Coordination Committee, upon his release, Abu Rahmah vowed to continue struggling against the Occupation, despite his unjust imprisonment and the six-months suspended sentence still imposed on him. He said, “On my release, I have no intention to go back home and sit there idly. In fact, by imprisoning me they have silenced me long enough. Our cause is just, it is one striving for freedom and equality, and I intend to continue fighting for it just as I have before.” 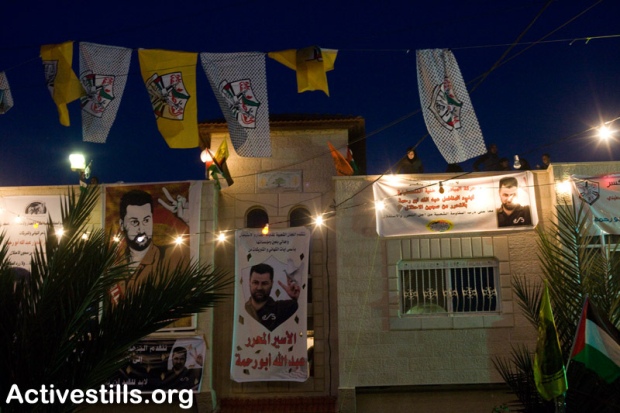 I caught up with Abdallah back at his home in Bil’in, which was a scene of celebration – with a large crowd of friends and supporters from Bil’in and from popular committees of other nearby villages, Israeli activists and international supporters.  He was sitting with veteran Israeli activist Jonathan Pollak, who himself recently served a month and a half for participating in a bicycle critical mass demonstration against the Gaza war in 2009.  When I asked Abdallah how he was feeling he said, “I am happy to be home with my friends and family but I can’t stop thinking about my friends who are still in prison.  Right now, we’re sitting here eating and talking and I look at my watch and I know that it is the hour when all of the prisoners get locked back into their cells. So I’m celebrating but with my thoughts about them all the time with me.” 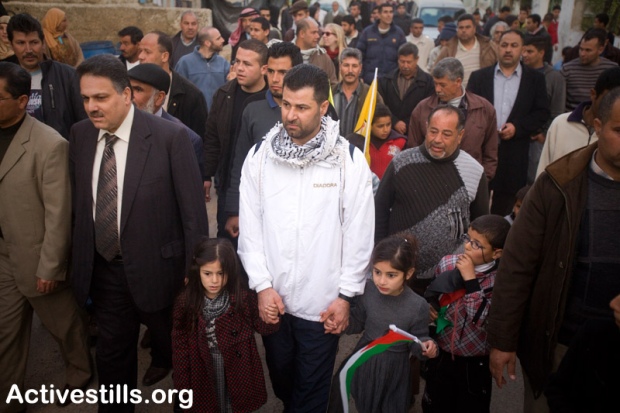 Abu Rahma’s case garnered major support from the International community, who perceive him to be an example for the positive aspects of the Palestinian struggle against the Occupation, and not the kind of example that the Israeli authorities wish to portray him as.

High Representative of the Union for Foreign Affairs and Security Policy/Vice President of the EU European Commission Catherine Ashton’s remarks.

Statement issued by the Spanish Parliament.

Click  here for more information about the right to protest in the West Bank.

+972 Magazine named Abdallah Abu Rahmah its 2010 Person of the Year.

Libby Lenkinski Friedlander is Director of International Relations for the Association for Civil Rights in Israel (ACRI).