The leaders of the industrialized states are still confused by the revolutions in the Arab world. Many of them have given public recognition to the historic changes taking place, but few are investing significantly in preparing for the new era. Instead, the leaders of the major world powers are trying to influence changes. They are trying to set new rules for the game, rather than play by the new rules set by the people. 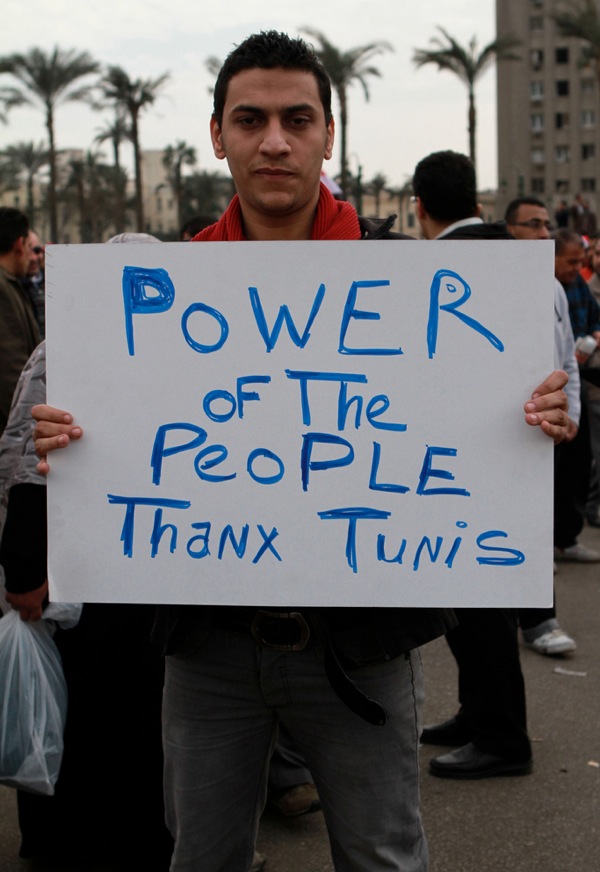 The US administration was late in announcing its support for the people’s revolutions. It was easier for them to decide to invade and destroy  Iraq. That war brought fake democracy to Iraq – as we saw when the Iraqi prime minister, Nouri Al-Maliki, urged citizens not to demonstrate. The next day, Iraqi demonstrators were met with bullets. The White House was late in expressing its support for the people’s revolution in Egypt, hoping that it would not affect the status of the Camp David agreement, the 1979 peace agreement between Egypt and Israel, which was brokered by the United States. Clearly, the United States does not care about democracy, putting their own political interests first.

On the Libyan front, the US has condemned Muammar Qaddafi in the strongest terms. Of course the condemnations came a week late. The US  also announced that it was engaging in dialogue with the Libyan opposition, which is a clear intervention in the Libyan revolution. Obama has ordered his ships to approach Libya’s coast. It is as though the US administration is trying to provoke Qaddafi into attacking their ships so that they will have a pretext for military intervention. After all, Libya is one huge oil field – which is the US is  more focused on influencing the results of the Libyan uprising rather than accepting them.

Europeans have been late as well. The European states’ miscalculations in the case of Tunisia influenced their taking a more cautious stand later with the uprisings in Egypt and Libya. The EU was late in condemning the tyrants ruling North Africa because they were divided, with some European states having more interests in the region than others. Italy and France, who receive the majority of Libya’s oil, were cautious in condemning Qaddafi. I wouldn’t be surprised if Qaddafi had threatened to target their cities. That is why the US has failed in convincing the EU to support a military intervention. Perhaps the Europeans learned their lesson from the Iraq war. The US harvests the most benefits from those wars, while the Europeans become the target of the most terrorist attacks and internal opposition.

The Israeli media is not taking the revolutions as seriously as it should. They’re still analyzing who supports these revolutions. Is it Iran or the Muslim Brotherhood? They are still discussing whether Camp David is in danger or not. The radical changes taking place in the Arab world are not reflected in the Israeli media’s coverage. Netanyahu, who was not interested in peace talks with the Palestinians, is now eager to sign any quick transitory agreement. But it is too late now. Expectations are much higher on the other side. The scariest part for the Israeli government is leaving behind its title of  “the only democracy” in the Middle East, in order to become the only military regime in the Middle East. But these revolutions are not about Israel: they are about 300 million Arabs living under oppressive, non-democratic regimes.

The world should stop analyzing. It’s simple –  a wall of fear fell down. The Arabs broke their handcuffs. The Middle East will now remain unstable for a long  time. The days of Israeli dominance in the region are over. Not so long ago, all you needed in order to satisfy 22 Arab presidents was to control the region. Now you need to satisfy 300 million Arab citizens. Welcome to democracy. Stop analyzing and get to work. Stop trying to influence the outcomes; accept them. Meet the radical changes  that led to freedom with another radical change – an attitude that changes from bullying to respectful. Now you need to add the Arab peoples’  interest to the equation of Middle Eastern politics.