A lengthy Forward article by Nathan Guttman describes the makeover of The Israel Project (TIP) following the replacement of its founder and leader, with erstwhile AIPAC killer-shark Josh Block. The breathless description of his battering-ram personality almost had me swept along – almost.

And when I say swept along, I mean that it is tempting to jump into the ring and do battle – fight fire with fire, stake out the liberal ground in the professional ring of image-peddlers for Israel (IPFI?).

Just what we need. 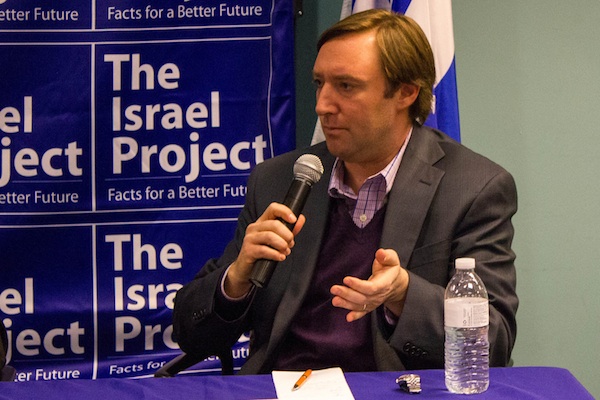 What really grates is the author’s description of Block’s self-image as a defender not merely of Israel, but even more nobly – of the pro-Israel crowd.

Block, while stating that TIP’s mission and goals remain unchanged, comes to the organization with strong convictions about threats that pro-Israel advocacy faces from critics. He sees many of those critics as aligned with the liberal camp. And he paints them in stark terms.

So that’s what this is all about? The conversation over Israel has levitated from policy itself (like the occupation, stupid) to the meta-argument over whether Israel’s image is fairly or unfairly portrayed, to the meta-meta (uber-meta? meta squared?) conversation of whether the pro-Israel camp (a flawed euphemism for pro-occupation) is fairly or unfairly portrayed by the liberal camp, and whether those liberals are fairly or unfairly being called anti-Israel, anti-Semitic, Iran-loving and by association, nuclear-destruction-second-Holocaust-of-Israel extra-terrestrials (all but the final moniker is a paraphrase of Block’s quote in the article – but trust me, it’s there by implication).

Although I work on campaigns for a living, in which images and communications are integral to the effort to connect elites with the public, the question of imaging Israel has gone far, far too far.

I dare each camp to say what it really stands for regarding Israel, and while we’re at it, for the Palestinians too – since Israel does in fact control them. Specifically, I dare the other side to stop trying to distract the conversation, along with millions and millions of dollars, by mumbling about meta-meta. I’ll start! Here’s what I stand for: ending the occupation, preserving and salvaging Israel’s democracy, equality and human rights in every society where I can have an influence. That means mainly in Israel, but since I view Israelis and Palestinians as intertwined under any circumstances, I feel somewhat responsible for both.

I dare the pro-Israel camp to say what it stands for. Members of that camp have created a wildly polarized, self-important discourse (after meeting one recently, he tweeted his surprise to find that I was not a “bat-shit crazy leftie”); so I would have to guess that they are diametrically opposed to everything I believe. That makes the “pro-Israel” camp pro-occupation, anti-democracy, anti-equality, for a pre-emptive strike on Iran even if it happens unilaterally and the Middle East becomes Armageddon. Go on guys, say what you really think: I dare you. And if you can’t, then spend those dollars on some starving people.

Related:
Who is ‘right-wing’ and what is ‘pro-Israel’?