Election season is a time when most people expect to be presented with a hopeful vision for the future. In Israel, every single leading political figure is promising more of the same.

Israel’s election season officially went into full swing over the weekend as lists of candidates were finalized and the deadline for parties to merge came and went without any last-minute surprises.

While very few of the major parties have published official platforms for the upcoming elections, their leaders and senior officials are beginning to shape what voters can expect from them.

Foreign Minister Avigdor Liberman, head of the Israel Beitenu party, which is currently embroiled in a massive corruption scandal, is a subscriber of a two-state future of sorts. His vision centers on forced population transfer and the encouraged migration of Israel’s Palestinian citizens. 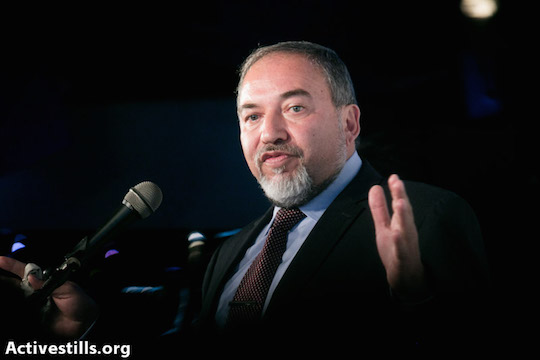 Liberman on Sunday pivoted his campaign on something else: fear. Instead of offering Israelis hope for a better future, the strongman politician promised more war.

“A fourth operation in the Gaza Strip is inevitable, just as a third Lebanon war is inevitable,” Liberman told Ynet. He added that his party will never sit in a left-wing government, essentially shifting his two-state support into something far-off and unimportant.

Tzipi Livni and Isaac Herzog, running together on a joint list they are calling the “Zionist Camp,” all but made the same promise — offering an identical path vis-à-vis Hamas in Gaza that the current government embarked upon, while deriding Netanyahu for compromising and reaching a cease fire.

Speaking near the Gaza border a day after announcing their joint ticket, Livni said: “Hamas is a terrorist organization and there is no hope for peace with it… the only way to act against it is with force – we must use military force against terror… this is instead of Netanyahu’s policy to come to an agreement with Hamas.”

Regarding the more mainstream idea of making peace with more “moderate” Palestinians in the West Bank, Livni and Herzog have used the word hope. But that hope lies entirely in the same framework for peace that has failed for over two decades. Good intentions, maybe; hope, not so much.

Incumbent Prime Minister Benjamin Netanyahu is promising to never evacuate West Bank settlements and has in the past said he would not relinquish Israeli control over the Jordan Valley, all but guaranteeing that there can be no viable two-state solution.

Regarding more tangible security issues, and the wars in which they often result, Netanyahu’s main campaign mantra is that his opponents cannot stand up to Israel’s enemies as strongly (read: violently) as he can. His track record is one of covert and overt warfare, in Gaza, Syria and Lebanon — not to mention messianic threats of a second Holocaust emanating from Tehran.

After a +972 poll in December found that fewer than 9 percent of Israelis support the perpetuation of the status quo of the Palestinian conflict, I wrote that change cannot come until Israeli politicians offer a vision for change Israelis can believe in:

Today there is no vision. And so the country will do what it knows how to — hunker down and hope for the best, improvising here and there along the way in order to survive.

That might mean ousting the Netanyahu government, which has no vision. It might mean electing a centrist party that has a vision they no longer believe to be viable or realistic. It very well might mean moving further to the right toward a vision of annexation and constitutionalized inequality, but which at least hasn’t failed time and again for 20 years.

Two months later, in the middle of an election season, when a reasonable person might most expect to be presented with a hopeful vision for the future, such hope is nowhere to be found.

Instead, we have politicians who promise more war.