A reminder that the victims of Jewish and Palestinian violence never encounter the same system of justice. 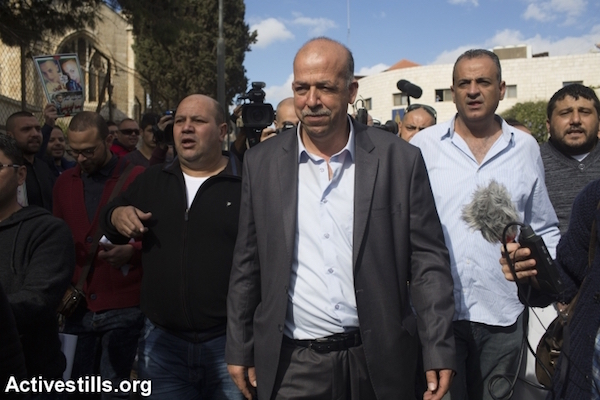 Hussein, the father of Palestinian teenager Mohammed Abu Khdeir, who was murdered last year, walks outside the district court in Jerusalem on November 30, 2015. (Oren Ziv/Activestills)

On Thursday Israel’s High Court of Justice rejected a petition to stop the demolition of a home to a Palestinian man accused of aiding three Palestinians in a shooting attack that killed Border Police officer Hadar Cohen in February.

The appeal was filed by the father of Bilal Ahmed Abu Zeid, the Palestinian who is accused of providing weapons and transportation to the three men in the attack. In his appeal, Abu Zeid’s father claims that the demolition of homes is an illegal act according to international law, and argued that the demolition cannot be approved until his son is proven guilty. According to the father, the demolition would leave his youngest children without a home.

Not only is Abu Zeid accused of aiding the three attackers — that is, he didn’t take part in any of the violence — he hasn’t even been convicted of a crime in a court of law. This, however, is enough for the authorities to issue an order to have his home destroyed.

Family members of Israeli Border Policewoman Hadar Cohen mourn during her funeral at the military cemetery in Yehud, near Tel Aviv, Israel, February 4, 2016. Cohen was shot and killed by three Palestinians at Damascus Gate in Jerusalem’s Old City on February 3, 2016. (photo: Oren Ziv/Activestills.org)

The decision to green light Abu Zeid’s home came on the same day that a Palestinian family, victims of Jewish terrorism, petitioned the High Court in support of a home demolition. The parents of Mohammed Abu Khdeir, the 16-year-old boy who was burned to death by three Israeli Jews two years ago, submitted their petition on Thursday, demanding that the court order Defense Minister Avigdor Liberman to demolish the killers’ homes.

The Defense Ministry had previously told the parents  there was no need to destroy their homes due to what Supreme Court Justice Noam Sohlberg called an unimaginable difference in the “quality of the attacks, in their quantity, and in particular with regard to the environment – the firm and decisive wall-to-wall condemnation on the Jewish side, which is not the case on the opposite side.” It would behoove us to remember Justice Sohlberg’s remarks the next time the High Court is praised as the bastion of Israeli liberalism tempering its extremist leaders and legislators.

Abu Khdeir’s brutal murder was certainly not the first (nor the last) act of Jewish terror against Palestinian civilians. But even in the worst, most serious and deadliest cases — Eden Natan-Zada who murdered four Arab citizens in a shooting rampage, the members of the Bat Ayin underground who were convicted of attempting to bomb a Palestinian girls’ school, Baruch Goldstein who massacred 29 Palestinians and wounded over 120 others in Hebron, or members of the “Jewish Underground” who were arrested while placing bombs under Palestinian buses — Israeli authorities never once demolished the terrorists’ homes.

Israel had refrained from using home demolitions as a punitive measure between 2005-14, following an army report that said it was not an effective deterrent against the terrorism of the Second Intifada. And since even the IDF believes home demolitions are not an effective tool for preventing Palestinian violence, the only reason for demolishing the home of a family who has nothing to do with violent is simply revenge. The parents of Muhammad Abu Khdeir are waiting to see whether the Israeli government truly does not “distinguish between [Palestinian] terror and [Jewish] terror.”

But the Israeli mainstream has swung so far to the right such that its willingness to engage in self criticism vis-a-vis treatment of the Palestinians has declined precipitously. The result is that that these days one almost hardly hears any internal criticism of any aspect of the army’s policy in the occupied territories.

emailemail
Before you go…
A lot of work goes into creating articles like the one you just read. +972 Magazine is nonprofit journalism, owned by many of our writers, editors, and journalists. In order to safeguard that independent voice, we are proud to count you, our readers, as our most important supporters. With your support, we can keep +972 Magazine a strong, independent, and sustainable force helping push the global discourse on Israel/Palestine.
DONATE
More About Muhammad Abu Khdeir 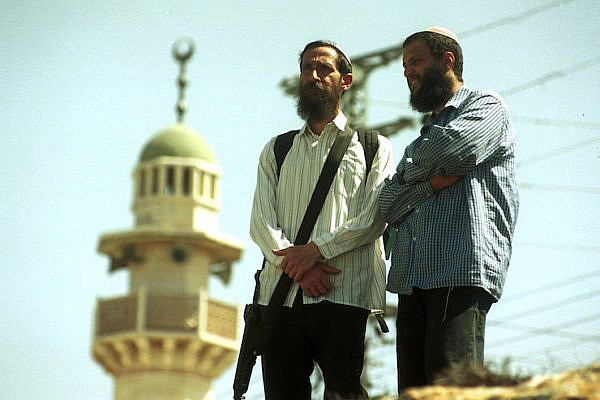 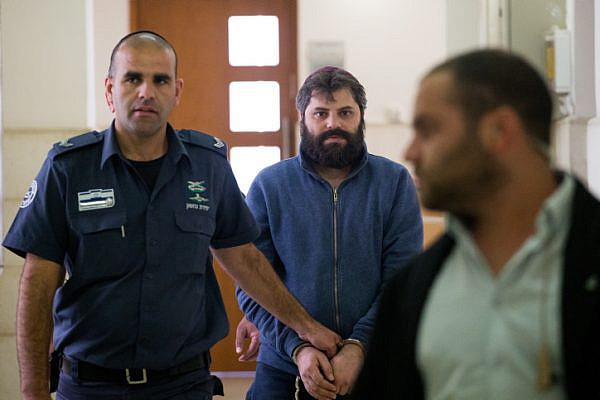