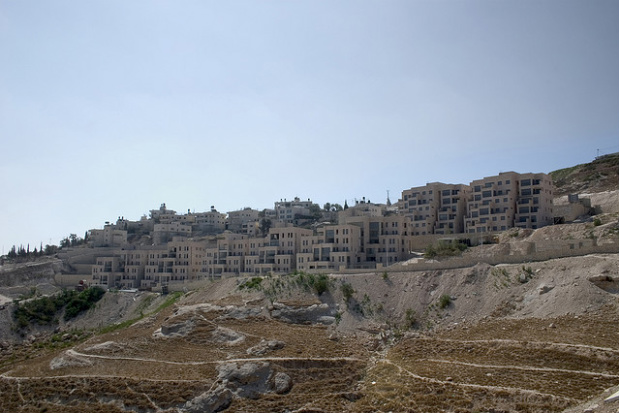 Ever since al Masri announced his company was trying to take over another company which goes by  the name of Digal, right-wingers in Israel started to have nightmares. For them, this was the epitome of Arab money taking over the Jewish cause. And it must be stopped, of course.

Why, you ask? Well, that’s because Digal isn’t just any old company. No, Digal is building a neighborhood in East Jerusalem, in the neighborhood of Jabel Mukaber. They planned to build over 400 flats around there, all set for nice, young, national religious families to settle down in. Get it? Settle down?

Anyway, things weren’t working out too well for Digal, and they began hemorrhaging money. In comes al-Masri to save the day. Now, al-Masri says he’s doing it purely for business reasons, but he doesn’t mind if it also helps the Palestinian cause [Heb]. Beats me how selling flats to settlers helps Palestinians, but I’ll give al-Masri benefit of the doubt that he’s got a plan.

So, al-Masri makes the offer to Digal shareholders. You have to give the guy credit: he uses Ariel Sharon’s crony, Attny. Dov Weisglass, to hand over the offer. The shareholders think it’s a great offer, and take it. But when word gets out that it’s a Palestinian behind the move – lo and behold, the earth shooketh beneath their feet.

At a shareholder meeting last night [Heb], the attending yelled: “God forbid, we’ll never sell to an Arab!”, and another demanded to know: “Are there terrorists or Muslims in the investor group”? At the end, the shareholders decided that they have until this afternoon to chose between the al-Masri offer, or…. (drumroll…..) a new offer that just came in!

Yup, of course the Jews had a plan all along. Supermarket tycoon Rami Levi came in with a counteroffer, just in time. Levi is also a council member of the Jerusalem municipality. Yup, he’s a member of “Yerushalayim Tatzliach” party, headed by no other than (drumroll….) the Mayor of Jerusalem – Nir Barkat. And we all know how Barkat loves East Jerusalem. Oh, does he LOVE it!

On the sidelines of all this, things were getting hot on Facebook, too! Bank Leumi is taking part in the huge project in Jabel Mukaber, and when word got out that an Arab (oh my God!) was about to take over the project, their Facebook page was swamped[Heb] on Sunday with nasty names, terrible terms and venomous verbs. To such a degree, that they had to close the page to comments.

Another bank, Mizrahi Tfachot, felt a similar sting from right wingers just a few months ago, following the calls by Israeli artists to ban performances in Ariel. The bank’s commercial face, Dvir Bendak, called [Heb] for Culture Minister Limor Livnat to resign after she reprimanded the artists. It only took a few hours to get the bank and Bendak on their knees, apologizing in every wording possible known to mankind.

So there ya have it folks. You Arabs can’t have our land. Nor our women. Nor our money. So shove that in your nargila and smoke it.

UPDATE: And the shareholders have reached a decision. The Digal company goes to (drumroll…………..) Rami Levy and Jewish Australian entrepeneur Kevin Bermeister! We can all breath a sigh of relief. We screwed another Arab. 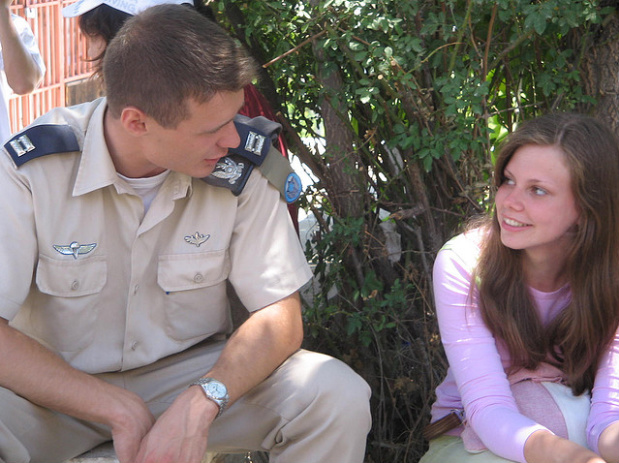 "Hey, how 'bout we talk some Hasbara over at my place when you get done with all this Taglit stuff?" (Photo: Flickr / Jewlz)

On a happier note (yes, I’m sarcastic, you know me so well), not many noticed the great news coming out of the Prime Minister’s office last week concerning Taglit. Apparently, Bibi Netanyahu has promised another 100 millions dollars for Taglit – in the next 3 years. 100 million. That’s what it survived on for a decade. Now, they’ll get it in three years.

I think this is great. In fact, I thought really hard what I might have been able to do with those 100 million dollars, and honestly – I couldn’t come up with anything. So yeah, let’s bring 50,000 (instead of “just” 30,000) kids a year and shove Hasbara down their throats.

It’s not like we need any fire equipment or anything.