The terrorists who attacked Charlie Hebdo and a kosher supermarket were well-trained, spoke French and knew their actions would play into the hands of France’s Islamophobic right. Let’s not give them what they’re after.

As Israel’s news outlets covered the terrorist attacks in Paris, we watched how our analysts and correspondence suddenly became experts on the Republic of France and Islam. We watch as they compete over who does a better job mocking French naiveté – over the “political correctness” by which the French treat the Muslims as equal citizens. The French have likely not seen Tzvi Yehezkeli’s excellent series on Islam in Europe, otherwise they would have understood that Muslims pose the gravest existential threat to Europe. “They don’t understand how to treat this group,” said one of the correspondents. “They need to learn from the Americans how to declare war on Islamic terror,” added another.

In an article titled “What’s the Real Reason Al Qaida attacked ‘Charlie Hebdo’?” Juan Cole, a professor of Middle East history at the University of Michigan, gives an alternative explanation. Terrorist groups like Al-Qaida have trouble recruiting Muslims in their ranks. Most Muslims, writes Cole, are not interested in terror. Most aren’t even interested in politics or political Islam. In a country of 66 million people and five million Muslims, less than 2 million say they are interested in politics. The French Muslim community is the most secular Muslim community in the world. In Paris, where Muslims tend to be more religious and educated, most of the Muslims openly oppose violence and are loyal to France. While Al-Qaida is interested in taking control of the minds of France’s Muslims, it runs into opposition from the local Muslim community. If it succeeds in causing non-Muslim French citizens to hate the Muslims, it will be successful in creating a political identity that fights against anti-Muslim discrimination. 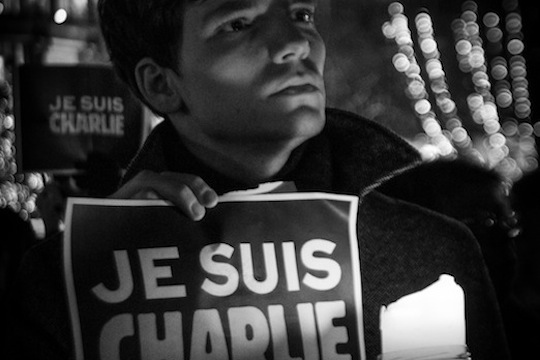 The terrorists who killed 12 Charlie Hebdo journalists and six people at a kosher grocery store were well-trained. They spoke French, and they knew that their actions would play into the hands of nationalist politician Marie Le Penn and the Islamophobic right. Their attacks weren’t in response to the debasement of Muslim symbols, but rather an attempt to provoke Europeans to commit pogroms against Muslims. This, in turn, would lead to an increase in Al-Qaida’s recruitment. Al-Qaida, which was led by Abu Musab al-Zarqawi, successfully developed this tactic of polarization in Iraq. There he planned attacks on the Shiite community and their religious sites, which provoked the Shiites to ethnically cleanse a million Sunnis from Baghdad, and eventually led to the creation and success of Islamic State. The most effective way to fight against this kind of strategic manipulation is to fight the urge to blame an entire community for the deeds of a few, and to oppose revenge attacks based on identity politics.

But we have a model for a proper response to terrorist provocations. After Anders Breivik murdered dozens of children at a left-wing Norwegian summer camp (due to the camp’s soft stance toward Islam), the Norwegian government did not start a war on terror. They judged Breivik in a court of law, and remained loyal to the modern principles which are worthy of our admiration.