Everyone in Israel understands the economic potential of integrating the Arab workforce. Now is the time for change, and public tenders are the tool. 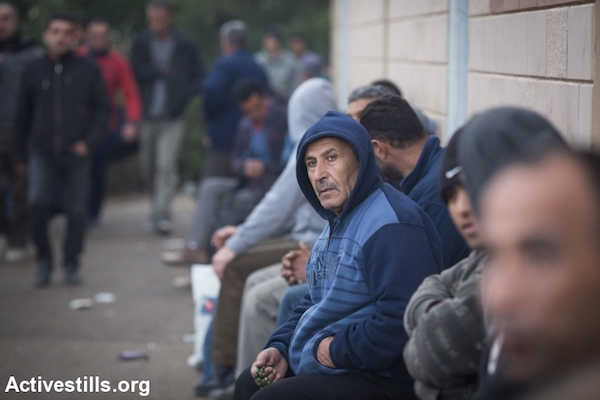 Earlier this summer the Histadrut, Israel’s largest Labor Federation, signed a memo of understanding with the Finance Ministry which will restore about 15,000 outsourced workers to direct employment by the government.

The campaign waged for this purpose, and the agreement that was reached, shed light on a practice that has become common over the past three decades — the transfer of large sums of public money to private firms, by means of tenders, for the purchase of goods and services. Instead of functioning as a productive body that provides employment, the government purchases goods and services from private firms and NGOs.

Public procurement constitutes 13-20 percent of GDP in the OECD countries. On the assumption that in the State of Israel the percentage of GDP devoted to public acquisitions is similar, we are talking about approximately NIS 150 billion (about $40 billion) in public funds channeled each year to companies in the private sector for the purchase of goods and services.

The result is that to a great extent it is the public that is responsible for what happens in the private market, and therefore it is our obligation to examine where the our funds go: who are we employing and under what conditions? In addition to the important question of work conditions for outsourced workers, the public money transferred to the private market should also be seen as an opportunity to promote integration of the labor market — considered an important goal by the government. Economists agree that one of the main challenges of the Israeli job market is to increase the employment rate in Arab society.

Bank of Israel Governor Karnit Flug said in 2013 that “the Arab population in Israel represents a huge and unexploited potential in terms of the ability of the Israeli economy to grow. If we can take advantage of this potential to increase growth and reduce the gaps, all of us, Jews and Arabs, can benefit from the results of this step. If we are unable to do so, we will, in my opinion, pay a high economic and social price already in the coming years.” According to the figures of the Authority for the Economic Development of Arab Society, the cost of failing to utilize the labor potential of Arab society in the Israeli job market totals NIS 31 billion a year.

As a testament to the economic importance country ascribes to integrating Arab men and women into the job market, the government is advancing programs for training Arab workers at a cost of millions of shekels, in order to adapt this manpower for the job market. This investment has in fact brought about an increase in the employment rate, particularly among women, but it is not sufficient to overcome the many and varied structural barriers confronting the equal integration of Arab workers: geographic dispersal, distance from employment centers, a poor public transportation infrastructure, the absence of an appropriate support system, and mainly — daycare centers for children and a relatively low educational level.

In addition to all these we should mention the discrimination encountered by Arab men and women job seekers, which often prevents their entry into the job market. Due to the power and the wide range of these barriers, the government’s policy initiatives to date have succeeded only very partially. The solution is to be found elsewhere.

Now, when we all understand that a huge amount of public money is invested in the private market, we have to ask why the government doesn’t demand that companies that win government tenders promote its objective of integrating Arabs into the labor market. Why is there no requirement to hire Arab workers for the hundreds of thousands of jobs that are publicly funded, through both manpower and procurement contracts?

Israel must join the Western countries that promote the hiring of excluded populations with “the power of the purse,” and set conditions for private firms interesting in winning public tenders. The use of public acquisitions to integrate Arabs into the private market has tremendous potential to bring about a significant change in the employment situation of Arab citizens and to advance the Israeli economy — and now is the time for implementation.

Nitzan Tenami is the coordinator of the Tenders Project of Sikkuy-The Association for the Advancement of Civic Equality.