It’s not what the Jewish majority likes to believe.

A common Jewish Israeli criticism of Arab Knesset members is that they do a disservice to their constituents by focusing on high politics, mainly the Palestinian issue, instead of dealing with bread-and-butter economic issues that would really help them. (There may be something self-serving about this line of criticism, but who knows?) Last week I went to Jedeida-Makker, an Israeli Arab village a couple of miles inland from Acre, to hear Balad MK Haneen Zoabi give a campaign speech. The residents, including the local council head, indeed told her that she and her Arab colleagues in Knesset should concentrate more on the day-to-day problems of Arab citizens and less on the occupation. However, their complaints offered no vindication whatsoever to Israeli Jews who believe they know what’s best for the Arabs of this country, better than the Arabs do themselves.

The day-to-day, bread-and-butter economic problems the residents talked about all exemplified Israeli contempt for Arab rights. In other words, for Israeli Arabs, the issues they care most about are as highly political and uncomplimentary to Israel as can be.

Before Zoabi’s speech to about 50 people in a Balad campaign office, a local party activist and former Jedeida-Makker deputy council head, Mohasen Kais, showed me a court order he’d gotten a few weeks before. It said he owed the Israel Lands Authority – the state – about $80,000 for nearly a half-century of unpaid land use fees, and that if he didn’t pay it within 30 days, it was up to him to demolish the house and vacate the land, otherwise the “rightful” owner, the ILA, would do the job at his expense.

Kais, 60, says he’s lived in the house since his father bought it in the mid-1960s; his family lives on the top floor now while his brother’s family lives below. The Kaises come from what used to be a nearby Palestinian village – Mohasen said its name was Qurqurdani – that was destroyed in the 1948 war. The family migrated to different villages, to Lebanon, and finally in the early 1950s to Jedeida-Makker.

“First they destroyed our villages, took our land and made us refugees, now they want to do it again,” he said.

About three-quarters of Jedeida-Makker’s 19,000 people are former refugees and their descendants. Dozens of local households have received court orders like the one that arrived for Kais, said Abdallah Waked, an attorney and legal adviser to the local council. But the ILA’s campaign to collect or evict isn’t limited to Jedeida-Makker – it’s nationwide, Waked said, and it threatens the decades-old homes of untold numbers of Israeli Arabs. “The ILA decided on this policy in 2009, but only now started carrying it out intensively,” he said. “It’s going to be a big mess. These people don’t have that kind of money to pay, and they have nowhere to go.”

Waked also said he raised the issue with Zoabi a year ago, but it led nowhere. In the Q&A following her speech in the campaign office at the edge of town, one resident after another opened with warm words for her courage and dedication, but then implored her to give more attention to the routine sufferings of Israeli Arabs at the hands of the state’s ethnic discrimination.

“They built fences around this village, like in Gaza – we can’t expand, we have no master plan allowing us to develop, there’s no land for young couples to build homes on,” said Mohammed Shami, the local council head. He won the evening’s only interruption for applause when he urged Zoabi “to come visit more often, not just before an election.”

Another resident told her: “The Arab workers for Israel Railways in Lod have all been fired, there isn’t an Arab working there anymore. You people in the Knesset are asleep, you don’t know what’s going on.”

Zoabi defended her record, saying she devotes most of her time to the economic issues of Arab citizens, especially unemployment among Arab women, but it’s only her clashes with Israel over the Palestinians that interest the media.

She and the residents spoke in Arabic, which I don’t understand; all I had to go on from the meeting were a few comments translated by a man sitting next to me, then a 20-minute interview with Zoabi afterward. I don’t think she told me anything new; I’ll post my story when it’s published in Foreign Policy – here we go – but this long interview with Zoabi by Haaretz’s Dalia Karpel would tell a great deal more about her.

The main news I have to report is that Zoabi is a charismatic speaker; she held people’s attention for nearly two hours. She seems very well-liked, too; after she was finished, many people came up to her with fairly reverent expressions on their faces. A trio of high school girls exchanged phone numbers with her, and one told me (in Hebrew), “She’s the only Arab woman who speaks for us, who gives us the courage to stand up to the racism.”

The other news from the campaign stop, like I said, is that whatever dissatisfactions Israeli Arabs have with their political representatives, ultimately their complaints are directed at Israel, and these have to do with injustice, past and present.

Before you go…
A lot of work goes into creating articles like the one you just read. +972 Magazine is nonprofit journalism, owned by many of our writers, editors, and journalists. In order to safeguard that independent voice, we are proud to count you, our readers, as our most important supporters. With your support, we can keep +972 Magazine a strong, independent, and sustainable force helping push the global discourse on Israel/Palestine.
DONATE
More About Israeli Arabs 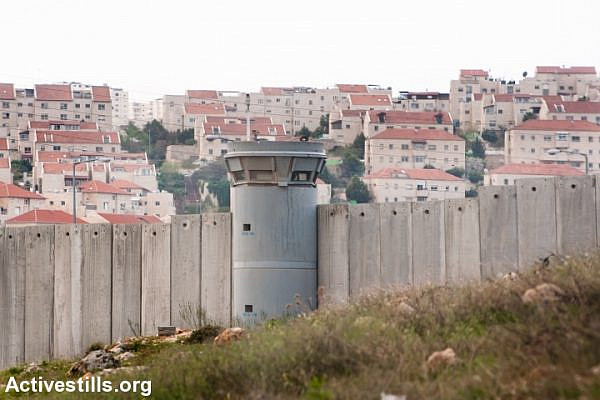 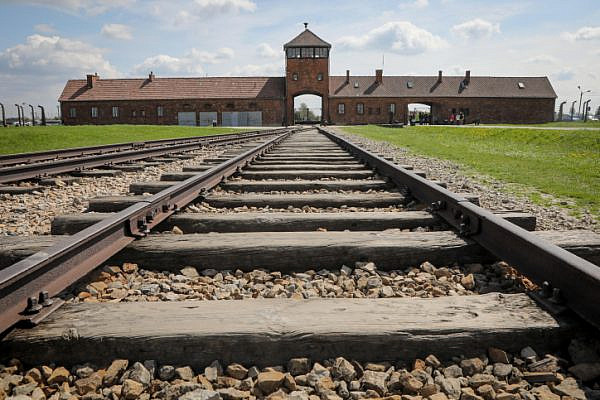 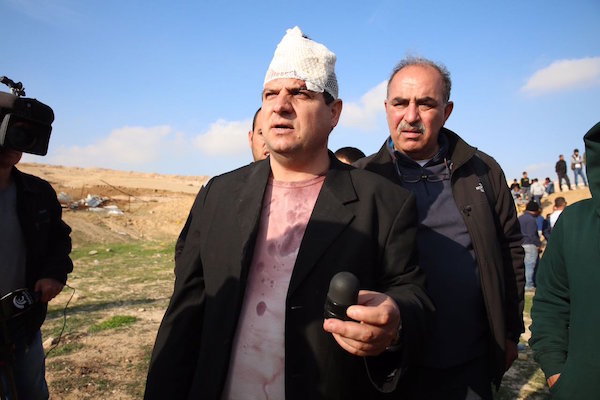 Palestinian MK injured ahead of home demolitions: ‘The police are liars’
Although all evidence points to wounds from sponge-tipped bullets, police claim Joint List head Ayman Odeh was hit by stones thrown by Bedouin protesters in Umm el-Hiran. If the police are proven wrong, it means they shot the leader of the third-largest party in Israel in the face without any justification.  UPDATE: This post was updated with a…
By Mairav Zonszein January 19, 2017