Right-wing activists keep suing Israeli police — and winning — for false arrests and other abuses of power. Maybe it’s time the state start paying for its abuses against left-wing activists and Palestinians. 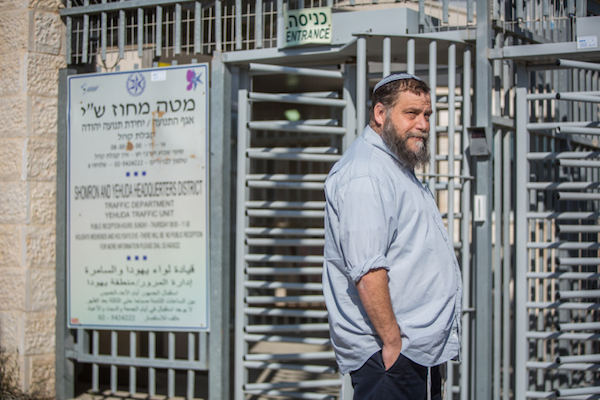 Israeli police and prison officials were ordered to pay NIS 30,000 ($8,000) to radical right-wing activist Benzi Gopstein and two of his cohorts from anti-miscegenation hate group Lehava this week. The court-ordered compensation was for an illegal search conducted after they were arrested on the Temple Mount/Haram al-Sharif in October 2013. The three filed a civil suit against the state for false arrest, and reached an out-of-court settlement with the state.

This was not the first time radical right-wing activists have hit the State of Israel where it hurts the most — the wallet. Actually, they have turned it into a pretty effective modus operandi. If you have ever wondered why Israeli police let right-wing activists like Baruch Marzel, Itamar Ben-Gvir, Benzi Gopstein and others, get away with so much — here lies at least part of the explanation.

Itamar Ben-Gvir, a radical right-wing activist and seasoned lawyer, manages to sue the State of Israel at almost every opportunity. In 2011, for example, he won NIS 18,000 (just under $5,000) compensation kicked him during the evacuation of Jewish settlements in the Gaza Strip. Three years earlier, in 2008, another court ordered the state to pay him and two other radical right-wing activists NIS 4,500 ($1,200) each for an unjustified detention and interrogation after they celebrated the death of PLO Chairman Yasser Arafat in 2004.

In January 2013, Ben-Gvir, Marzel, Noam Federman and three other radical right-wing activists won a NIS 62,500 settlement over a false arrest in 2008. Police officers arrested and held the six overnight while they were on their way to the East Jerusalem village of Jabel Mukaber to allegedly try and disperse a gathering at a mourner’s tent for the murderous attack at the Merkaz Harav Yeshiva in 2008.

Even Likud MK Yehuda Glick successfully sued the state in 2015 for not allowing him to access the Temple Mount/Haram al-Sharif over the course of several years. The court ordered the state to pay him half a million shekels ($130,000) and another NIS 150,000 ($40,000) in legal costs. Two months earlier, Glick was awarded NIS 7,500 ($2,000) in a civil suit for false arrest. The cash settlements and awards have certainly done their part in funding his continued political activism, but they also sent a clear message. Next time, the state will think long and hard about whether it wants to stand in his way.

And that’s just the tip of the iceberg. While right-wing activists have found effective ways of dealing with over-aggressive policing and political oppression, the Left just writes human rights reports about what’s happening. The Left shouts its slogans about the erosion of democracy while the Right refines its legitimate tools for making clear that regular citizens also hold power, even if their political agenda is not aligned with the current government or regime. While right-wing activists are successfully making the state pay for its injustices, with money that then enables them to keep up their activities, the Left continues to seek out sources of funding for lawyers to provide support for arrestees the police pick up without thinking twice, Israelis and of course way more than that — Palestinians.

Police use arrests for purposes that go way beyond the scope they are intended, sometimes to deter political activists, sometimes to send a threatening message, or as a form of extra-judicial punishment. Mass arrests at political protests are a regular occurrence, as are violations of arrestees rights during police interrogations. Police (and the army in the occupied territories) often do not hesitate to arrest hundreds of activists in order to prevent them from organizing or taking part in protests before they even happen.

There’s the case of Ansar Aasi, who was video-taped being beaten by Israeli soldiers and then detained for almost a week before police even agreed to review his alibi and the video of his beating.

There’s the case of the man from Issawiya in East Jerusalem who Border Police officers shot in the face with a sponge-tipped bullet while he was standing in his own front yard. When he filed a complaint with Internal Affairs, officers attempted to coerce him into incriminating himself for throwing stones.

There was the case of Mayasem Abu Alqian, who police arrested for no reason other than that he was Arab in the middle of Tel Aviv, and then beat him senseless in the city’s central square in front of dozens of bystanders and video cameras.

There was the case of the teenager from Hebron who was arrested and spent a week in prison for allegedly possessing a knife and attempting to stab Israeli soldiers, but who was released when a forensic test proved that he had never even touched the knife.

Perhaps left-wing and Palestinian activists learned a thing or two from Benzi Gopstein and Itamar Ben-Gvir — how to make the establishment pay for false arrests, unnecessary violence, searches, harassment, denial of justice, and violating the rights of arrestees.

As Alma Biblash wrote (Hebrew) after one of the few successful cases where police were ordered to compensate four left-wing Israeli activists NIS 40,000 ($10,500) who were arrested in front of then IDF Chief of Staff Dan Halutz’s house: very few left-wing activists, Israelis and Palestinians, seek punitive or compensatory damages from police when they abuse their power. That’s a shame, because such an approach could change the rules of the game and allow activists to stop being persecuted and instead make police pay for their failures. Make them actually pay. It won’t end the occupation or political persecution, but it can make the state think long and hard about just how much it is willing to pay for the lawlessness of its own security forces vis-à-vis its citizens.