Seven leading Israeli news outlets went to the same briefing with a senior defense official, and wrote six entirely different stories about it. In an era when few people read beyond the headlines, how we understand the world around us is increasingly polarized. 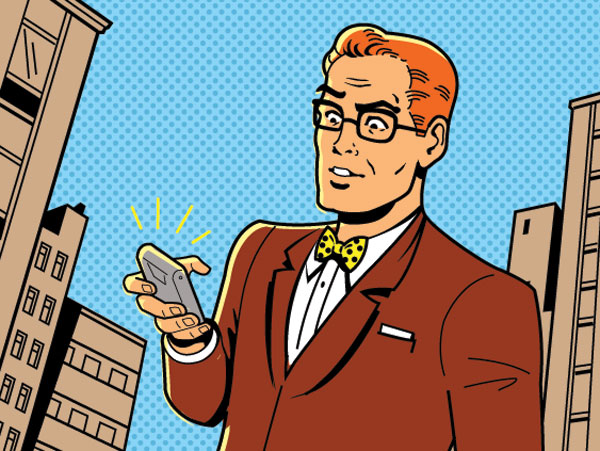 Depending on which news outlets you read you will get a manifestly different story, and conflicting ideas of what is important in the world. (Illustration by Shutterstock.com)

Most people do not read past the first few sentences of online news articles. Even more don’t read past the headline at all. And yet, a large percentage of those who read only the headline nevertheless go on to share that article on social media. (You can read more about that here and here.)

I mention that because the topical way we consume news today demonstrates the importance of how journalists and editors choose headlines and ledes (the first few sentences of an article, chosen by journalists and editors because we think it’s the most important part). Seven journalists could be handed the exact same set of facts and write seven entirely different articles about it. Depending on which news outlets you read, you will get a manifestly different story, and vastly different ideas of what is important.

That is exactly what happened on Tuesday in Israel. The Israeli army held a background briefing for military and defense reporters about the threats facing Israel in 2016 and the country’s “strategic environment.” (Background briefings are when senior officials want to give reporters information, for public consumption, but don’t want to be quoted as actually saying it themselves for various reasons.)

Of seven leading English and Hebrew Israeli news outlets surveyed by +972, six of the headlines and ledes told entirely different stories about the same briefing. Therefore, readers who only read the headline, or those who read only two or three paragraphs on any given news site, were exposed to drastically different pictures of what Israel’s defense establishment is worried about — and by transference, what should be keeping them up at night, too. 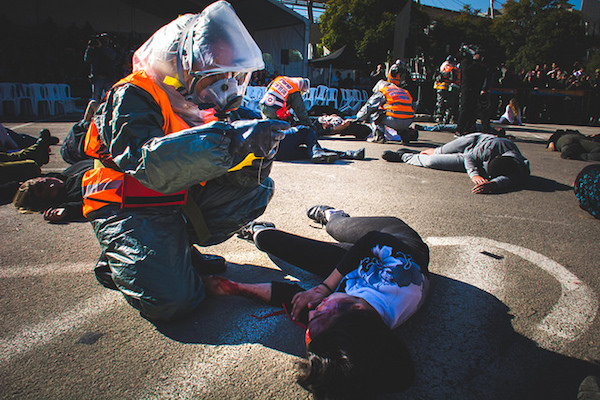 Here’s what you would have learned if you only read the headlines and first few sentences in seven leading English and Hebrew Israeli news outlets:

Haaretz’s article about the briefing led with the headline: “Israeli Army Expects Escalation in West Bank in Absence of Calming Efforts.” The lede paragraph framed the threat of violence in the West Bank against steps that could be taken to prevent it, namely improving conditions for Palestinians and continued cooperation with Palestinian security services. Nothing about Hezbollah, Iran or ISIS.

Ynet gave its article the headline, “IDF preparing for possible war on northern, Gaza borders,” adding in its lede that the risk of Israel or its adversaries intentionally initiating such a conflagration is low but that there is increasing likelihood of a smaller incident snowballing into a more significant conflict.

Israel Hayom went for a dramatic flair, choosing to highlight in its headline that in the next war “Planes may be shot down, Ben-Gurion airport could be closed.” The lede took the same direction as Ynet’s, but using scarier and far more confusing language (in both English and Hebrew): “In 2016, the Israel Defense Forces will have to prepare more intensely for war; not because a war is more likely, but because certain scenarios can lead to one.”

The Jerusalem Post, meanwhile, gets points for creativity for being the only news outlet to give Moscow a central role in Israel’s security, at least in its headline: “Israel believes Russia’s intervention decreases chance of Israel-Hezbollah conflict.” The lede explains Moscow’s potential role in keeping the calm: talking Hassan Nasrallah out of responding to any future Israeli aggression and attacks. Doing so, we are told, would serve Russia’s interest of keeping Bashar al-Assad in power.

The Times of Israel and Channel 2 News’s website Mako both went with headlines and ledes that were probably the most surefire way to get an obscene number of clicks: Islamic State. The Times of Israel’s headline was “IDF officers: Islamic State will turn its attention to Israel,” with its lede driving home the message that the Jewish state is the genocidal terror group’s next target.

Mako’s headline also declared ISIS as the scariest thing to look forward to. Its headline read, “The next threat: ISIS on the southern border,” complemented by a lede that strangely adopts the tone of an apocalyptic weather forecaster: “There is an understanding building in the IDF that the coming year will present Israel with security challenges along the length of its borders, with a higher chance of deterioration than we experienced in 2015.”

Lastly we have Walla! News, which also gets points for creativity. Why scare your readers with doom and peril when you can take a dig at the politicization of security threat assessments, all while calming the populace? (Very un-Israeli.) “Contrary to the political echelon, the IDF assesses: Iran won’t rush to invest large sums of money in terrorism,” Walla’s headline read, complemented by news that the IDF thinks Iran will invest its post-sanctions windfall in, yup, you guessed it, rebuilding its own shattered economy.

So, how does your selection of news outlets affect the way you understand the world around you? Even if every journalist in the world just reported the facts, the way those facts are prioritized and packaged in their respective newsrooms can result in entirely different stories. And that’s not necessarily a bad thing. Our point of view here at +972 is reflected in the way we frame the news, too.

In an era where everyone has access to hundreds of different news reports and analyses about the exact same events, we should all be seeking as much information as possible from as many sources as possible. It’s not that you might find a nugget of truth somewhere in between the various narratives: you might actually find a far broader range of truths than you ever imagined exists, told by a rapidly diversifying chorus of voices.

But most important — read beyond the first few paragraphs, please. Sometimes we journalists and editors forget to put the important stuff up top.