Mizrahi activists have tried explaining their positions for years. Now, in the run-up to the elections, they lay out their political vision for education, land reform, health care and representation in a ‘ten-point program.’ 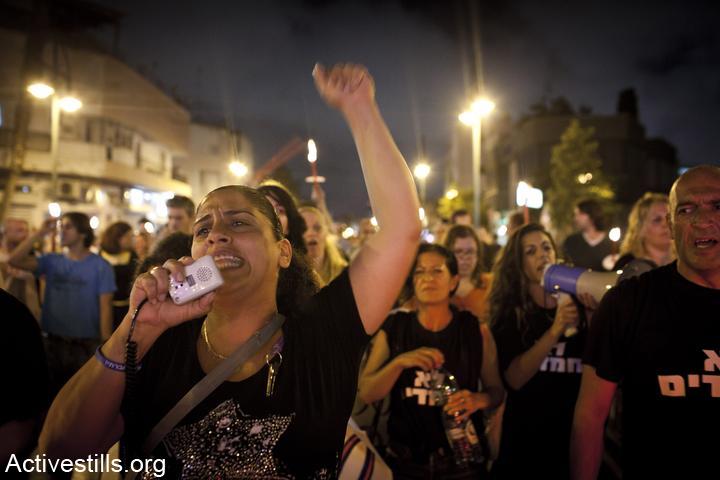 Throughout my years of being active in the Mizrahi struggle in Israel, I found that there are several dominant themes that affect the greater public views  us: past versus present, or in other words — it happened a long time ago and is no longer relevant; complaining instead of taking responsibility for our lives, rather than legitimate claims about the difficulties that stem from the way our society is structured (similar to claims made by feminists or even the middle class during the social protests in 2011); and of course: “What do you want?” Every so often my friends and I try respond to this question, but it seems like most people are not satisfied by our answers. Somehow, it always begins and ends with specific problems, rather than, God forbid, with our the way our society is structured.

The following document tries to grapple with these problems. It attempts to provide a way out of the oppressive narratives that seek to tire us out and strip the legitimacy of our struggle by painting as just another sectarian movement. This document discusses some of the issues that are rarely spoken about. We believe that everything has a solution – it is simply a matter of will and policy.

The current elections have brought the social and peripheral discourse to the top of the public agenda. It seems that the next Knesset term could be one of the biggest turning points for socially-driven politics in the history of the State of Israel. The “ten-point program” written by Mizrahi activists, demands to place the most pressing, concrete political problems on the table. We call on the citizens of this country to support and sign this document, and we call on all candidates in the upcoming elections — from all parties — to openly declare that they will fight for these principles and for a more just society.

Provide educational budgets according to socio-economic indices in the periphery and central Israel; expand formal education in the periphery, while emphasizing the need for students to receive high-quality matriculation certificates; set realistic goals for promoting higher education in the periphery and a significant reduction in vocational schools. Teach the culture and history of different Jewish communities, specifically those of Mizrahi Jews, in history, literature and civics classes, as well as classes on Jewish traditions and culture. Teach about the contributions of Mizrahim to the State of Israel. Teach about the cultural wealth of Jews from Arab and Muslim countries, as well as the injustices that Mizrahim faced in Israel (such as the Yemenite Children Affair).

General housing: Increase the supply of apartments, while decreasing their price as part of an attempt to decrease the general cost of living in Israel.

Closing the gaps: Create a national plan for closing social and economic gaps based on ethnic background, through a policy that seeks to meet the needs of different groups in Israeli society. Analyze existing gaps by ethnicity, and include a section for “origin” in the population registry.

Poverty: Enact a multi-pronged plan that will span all government offices in order to fight poverty in Israel. Until this plan is implemented, poverty in Israel must be seen as an emergency situation, which demands that steps be taken in order to provide an immediate response to the situation of poor people in Israel, with an emphasis on nutrition, education and health.

Strengthen the support network for populations that rely on government aid. This includes: strengthening public services for at-risk youth, people with physical or mental disabilities, drug addicts, survivors of domestic abuse, sex workers and the elderly. This should be done while emphasizing the benefit of the person receiving the support, and finding the best solution for her/his needs.

Reform the criminal justice system, including taking significant steps to prevent false convictions, with an emphasis on rehabilitating prisoners and their families, and looking for alternatives to imprisonment.

Promote equal, gender-based opportunity in education and the workplace, while creating cultural and social adjustments for women from different backgrounds.

Reduce structural discrimination in the labor market, including the reduction of wage gaps between women and men. Adjust the labor market in order to reach a balance that will allow women equal time in both the private and public sphere.

Recognize the individual economic significance of women, including proper remuneration of women for their household work.

Promote the representation of minority groups to key public positions in Israeli society, through an understanding that this will influence the social structures that limit minorities in the first place. This will include universities, courts, the state attorney and hospitals.

A struggle against all forms and manifestations of ethnic-based discrimination, including in: popular culture (television shows and commercials), nightclubs (where Mizrahi youth are often not allowed in due to their appearance), the civil service sector, academia and the workplace in general. This will be done through education, training, and raising awareness, as well as through granting the right to sue on the basis of group discrimination.

Related:
The struggle for Mizrahi recognition isn’t limited to Israel
Why Mizrahim don’t vote for the Left
Can a feminist Mizrahi woman find her political home in Shas?