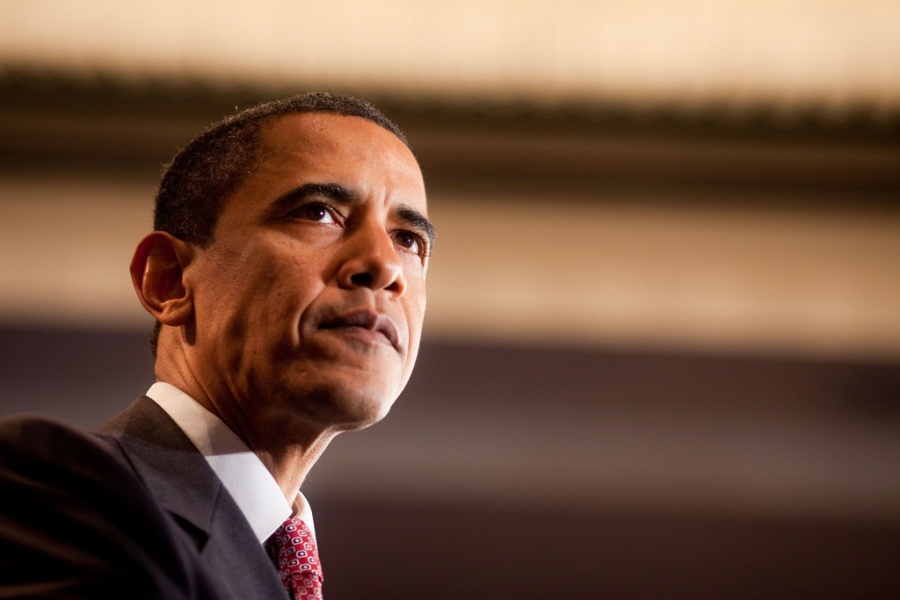 In March, after Bibi Netanyahu forms Israel’s new government, U.S. President Barack Obama intends to arrive for a first historic visit to Israel and the Palestinian Authority. Obama wants to talk with the Israeli people, but has nothing of note to tell them. First on the American president’s crowded agenda will be Iran, and then Syria. Last will be the Palestinian issue, concerning which he has no new initiative.

That Obama is distancing himself from the Palestinian question is unsurprising. He has already crashed and burned on that one, when he named George Mitchell his special envoy, in vain. In response to Obama’s demand, Netanyahu did freeze settlement construction for ten months, but then he renewed it with greater vigor. Meantime another term in office has passed, both in Israel and in the United States, without even the semblance of an Israeli-Palestinian political process, and four more arid years lie ahead. Netanyahu committed himself to the principle of two states, but his actions belied it – the settlements expanded and the would-be Palestinian state continued to shrink.

On the Palestinian side of the Separation Barrier, senior members of the Palestinian Authority (PA) are running around as if trapped in a maze, looking for any way out. Whether in the West Bank areas under PA control, or in Gaza under Hamas, a catastrophe is unfolding, in the fullest sense of the word. Yet this subject is absent from Israeli public discourse. Periodically we hear about what goes on in the West Bank, the account buried on an inside page of the newspaper, when some young Palestinian man or woman is killed by IDF fire under murky circumstances and an investigation is opened into the matter. The issue at the top of today’s agenda is “equal sharing of the burden” by the ultra-orthodox in Israel’s military and economy; no one is interested in “the conflict.” The Israeli middle class has wearied of funding the ultra-orthodox, and people are pleased to see Naftali Bennett and Yair Lapid joining forces to make life easier.

Doubtless it will not be long until the unrest in the West Bank becomes palpable to the Israeli public on its side of the wall. The economic situation is bad. The PA is not paying salaries because its coffers are empty; since it employs 16 percent of the Palestinian workforce, the entire local economy is paralyzed. A Palestinian teacher earns NIS 3,000 a month, and a laborer not more than NIS 87 a day. (Compare that to Israel’s minimum wage of NIS 182 per day.) According to the Palestinian Central Bureau of Statistics, unemployment stands at 20 percent, reaching 34 percent among young people aged 15–25. What we’ve got is an active volcano, with the lava boiling over. Rather than do anything, Israeli leaders apparently prefer to hope that the lava won’t flow past the Separation Barrier.

What is causing the economic crisis in the West Bank? The EU and the Arab countries provide billions to the Palestinian Authority, hoping that the conflict will be resolved and the Palestinian State achieve economic independence. This arrangement has been around for 22 years now, and instead of serving the Palestinian people, it serves the Israeli occupation, which uses the time to expand the settlements. The Europeans respond to the stalemate by delaying grants and preparing a blacklist of settlement exports. The goal is to force the Israeli government to stop investing in the settlements and start resolving the conflict.

Israel for its part “punishes” the Palestinian Authority, holding up payments of tax money it has collected at customs points on imported goods entering PA territory. This further empties the already strained Palestinian treasury. One of the absurd outcomes of this mode of economic punishment concerns the supply of electricity to the PA, still provided by the Israel Electric Company (IEC). Without work and salaries, residents of the territories cannot pay their electric bills to the PA, so its debt to the IEC keeps growing. The Israeli government pays what the PA owes to the IEC and recoups those funds from the tax money the government is supposed to transfer to the PA. Thus the Palestinian economy is stuck, with no way out of these vicious cycles of the Occupation.

Given this warped reality, Abu Mazen has struck out in every direction. First, he turned to the UN General Assembly seeking recognition of Palestine as an observer state. This was granted but, in the event, it only made things worse. As punishment for his UN initiative, the US Congress decided to delay financial aid to the PA. Once again, it became clear that the PA is totally dependent on Israel. Abu Mazen learned the hard way that declaring a state isn’t enough; one must also establish it – and without territory, without money and without an economy, the prospects for a sustainable regime are nil. Abu Mazen’s UN initiative turned out to be no more than a political exercise, intended to show Palestinians that the PA is not sitting and twiddling its thumbs.

Meanwhile, Abu Mazen also turned to Hamas. This move was intended to display a united front and undermine Israel’s claim that, because of a rift between the PA and Hamas, it has no partner for peace. On February 8, Abu Mazen met with Khaled Mashal in Cairo, and they made the heads of all the Palestinian factions come along to Cairo too — to draw up a memorandum of understanding to end the divisions. At the conclusion of the talks they parted friends. No agreement resulted, however, and it’s doubtful one ever will.

Hamas rules Gaza with an iron fist and is not interested in new elections. Hamas fears, not without justification, that if it were to win the elections, neither Fatah nor the rest of the world would recognize the outcome. On the other hand, if Fatah were to win, Hamas would lose control of Gaza. Thus elections are not an option now, and without elections there is no way to overcome the internal Palestinian split.

The split arises from an absence of strategy about the way to establish a Palestinian state. On the one hand, after 22 years of futile talks, clearly the path of negotiation has been exhausted. On the other hand, the armed struggle by Hamas has also been exhausted, given that in the wake of Israel’s recent “Operation Pillar of Defense,” aka “Pillar of Cloud,” the Hamas government reached an agreement with Israel. The agreement included three points: an end to targeted assassinations by Israel, an easing of Israel’s blockade on Gaza, and an end to Gazan attacks on Israel.

This arrangement gives Hamas breathing room but it doesn’t solve the real problem: the continuing occupation. Egyptian President Muhammad Morsi promised Obama he would ensure quiet in Gaza in return for financial aid. But in order to enforce quiet, he needs conciliation between Fatah and Hamas, and as long as that is impossible, Gaza will continue to bleed.

To reach economic stability, Gaza must be liberated from dependence on Israel and have an open crossing between Rafah and Egypt. Control of the Rafah crossing, however, is mired in disagreement. Egypt made a commitment to the international community that the crossing into its territory would be under PA control with Israeli supervision. Hamas of course refuses to let Abu Mazen set foot in Gaza. Hence, without the presence of Abu Mazen, Egypt cannot open the Rafah crossing, and Gaza remains tied to the Israeli umbilical cord.

In despair, the Egyptians decided to flood the tunnels connecting Sinai and Gaza, to send a message to the Hamas leadership that they must be more flexible toward Fatah. Abu Mazen, for his part, began arresting Hamas members in the West Bank. This led Mousa Abu Marzook, Deputy Chief of the Hamas political bureau, to complain that the arrests are damaging Palestinian reconciliation and constitute proof that elections cannot be held (Al Hayyat, February 14).

What Obama will discover on his visit

When Obama reaches PA territory, he will see that his policy of appeasing the Israeli Right has nearly killed the PA. Perhaps he understands that his policy of appeasing the Mubarak regime in Egypt and Ben Ali in Tunisia eventually led to the Arab Spring. This script may be repeated in the PA territories: when the young people, the university graduates, do not find work, they will take to the streets in protest, and their anger will be directed above all at the PA, which is directly responsible for their situation. At the end of the day, it is the PA that is late in paying salaries, that is not creating jobs, and that cannot persuade Israel to negotiate.

One may reasonably assume that Obama also knows what the entire world knows: the new Israeli consensus, encompassing all the Zionist parties, accepts the doctrine formulated by Avigdor Lieberman, holding that the conflict cannot be resolved. What’s left, then, is to manage the conflict through negotiations, the declared goal of which is the establishment of a Palestinian state within temporary borders. Having already experienced the Oslo accords, the Palestinians have already seen how the temporary becomes permanent, and there is no way they will accept this.

Obama is going to miss another chance to resolve the Israeli-Palestinian conflict. Anyone surprised by this ought to remember that we have here the same Obama who missed a historic chance to repair American society, when he caved in repeatedly to the extreme right.

Yacov Ben Efrat is the General Secretary of the DAAM Party in Israel.

This article was first published on Challenge Magazine and is re-posted here with permission.