Instead of exposing the past, the government archives are busy with hiding information from the public. The reasons: fear of exposing war crimes, upsetting the ‘Arab public,’ and harming Israel’s image. 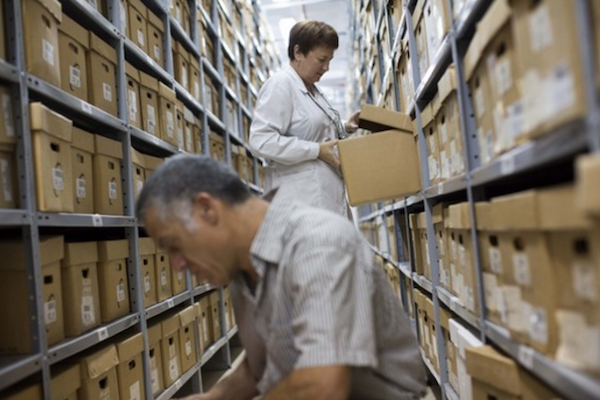 Israeli Chief Archivist Dr. Yaakov Lozowick published a comprehensive report earlier this month on the state of publicly available material in the government archives. The report, which includes a detailed account of the ongoing work in the archives, was presented to the High Council of the Archives, the statutory body with limited advisory jurisdiction in archival matters. A final version of the report can be found on the State Archives’ website.

This is how the chief archivist opens the report:

Israel is not dealing with its archival material in a manner befitting a democracy. The vast majority of the material is sealed and will never be opened. The little of the material that will be made accessible, will be accessible only with unreasonable restrictions. The process of releasing of records lacks any public accountability or transparency.

The report is interesting, since we are not used to receiving detailed and updated testimonies from high-ranking officials on their work. So when an account like this appears, we must ask ourselves: why not? The fact that the state archives are undergoing a long crisis and failing to fulfill their obligation to the public — to make the state records available to public scrutiny — makes this official account even more interesting and important. It is also a positive change on the part of the State Archives, which until now has not informed the public of its planning and implementation of far-reaching changes over the past several years.

Dr. Lozowick, who declared his early retirement a few months ago, presents in his report figures regarding the poor state of unsealed records in the archives. To date, just some 1.29 percent of state archival material has been made accessible to the public.

Lozowik describes the main reasons for this situation, along with the steps taken to increase the amount of accessible materials, and the processes inside the archive that have worsened the current crisis. Among them, he describes the power struggle between the chief archivist — who is responsible for the State Archives, including the archives of all government bodies — and the archives’ legal advisor, as well as the Prime Minister’s Office. The legal advisor’s office turned the process by which records are declassified into a purely legal matter, thereby stripping the chief archivist of his professional authority and his ability to represent the public interest against those attempting to limit the declassification of records.

However, the fundamental problem of the lack of publicly available archival material does not stem from the current dispute. Like petitions to the High Court regarding public accessibility to the archives and other reports over the years, the chief archivist’s report describes an archival system that, for quite some time, has simply failed to do its job.

The Israeli State Archives suffer from chronic problems of declassification, including the consistent under-funding (which has led to an ever-growing backup of an estimated thousands of years, according to the report), and an open habit of declassifying bodies to limit public access to documents far beyond the authority afforded to them by law.

Over the past several years, in addition to the problems of declassification, new problems have arisen: regular public viewing of source files in the viewing room was cancelled, a move described by research professionals as extremely damaging to their ability to carry out thorough, effective research. Meanwhile, the authority to limit public access to archival material was transferred from the chief archivist to the ministry or state authority that produced the material itself, leaving the cats to guard the cream. The military archives, for example, which for quite some time has expropriated the authority to decide the declassification of its own records, has so far made available to the public just 0.4 percent of the files currently in its possession.

Although the law determines that documents be made accessible to the public as a rule, with rare exceptions, the practices of the state archives reflect an opposite approach: the default is to seal records, while declassification becomes the exception. 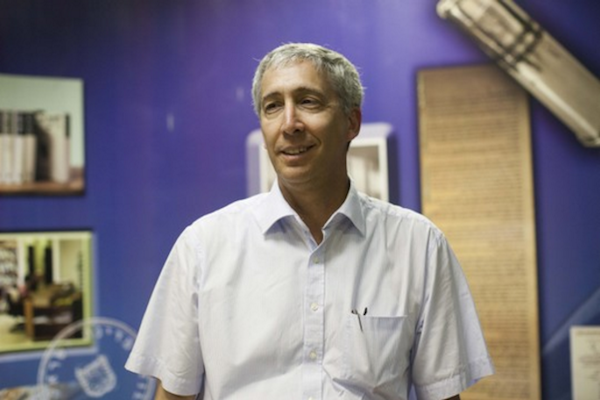 This practice can be seen also in the considerations of the bodies responsible for declassification in the state archives. While the archives’ regulations provide only a narrow space for justifying limiting public access, the chief archivist’s report describes an atmosphere of defending both “the system” and the state’s image, including the widening of possible justifications for limiting public access if documents might weaken the state’s claims in court, or due to the fear of uncovering Israeli war crimes or “provoking the Arab population.” Similar considerations are reflected in the way the military archives function as well.

Thus, even the rare files that are reviewed for declassification by the state archives are considered in light of security and foreign affairs considerations (as well as considerations of privacy, widely addressed in the report) that are stretched and pulled without limit, and mixed with desirable images and narratives of the state in the eyes of relevant officials. As the chief archivist’s report makes clear, these considerations have taken precedent over both the public interest and basic democratic values of revealing the past and handling it.

In light of the difficulties of accessing the State Archives, a community of archives’ enthusiasts and professionals has been gradually assembled, among which are archivists, academics, documentary filmmakers, journalists, freedom of information activists, genealogists, as well as groups and individuals from the general public.

This community is advocating for the necessary foundation for making archival documents properly available to the public: providing full and readily available catalogues; allowing for deep research into source material not only by computer; meeting the obligation of timely declassification; and making the process of limiting access to documents transparent and reasoned, and in keeping with the authority delimited by law.

One of the problems repeatedly mentioned by the state archivist is the shrinking place given to the public interest when considering the declassifying of documents. Meaningful involvement on the part of professional experts and of those who use the archives is crucial and desirable for any move towards better declassification. The practical and theoretical knowledge of the interested public can prevent errors and make processes more efficient. The more people who join the demand for the archives to uphold their minimum responsibility, the greater chance we will have to view our shared history — not just the carefully filtered 1.29 percent of it.

Dr. Noam Hofstadter is a researcher with Akevot Institute for Israeli-Palestinian Conflict Research.