The army maintains its hold on a piece of Palestinian land it seized in the late 1970s. Here’s the catch: the land has been abandoned for nearly a decade. 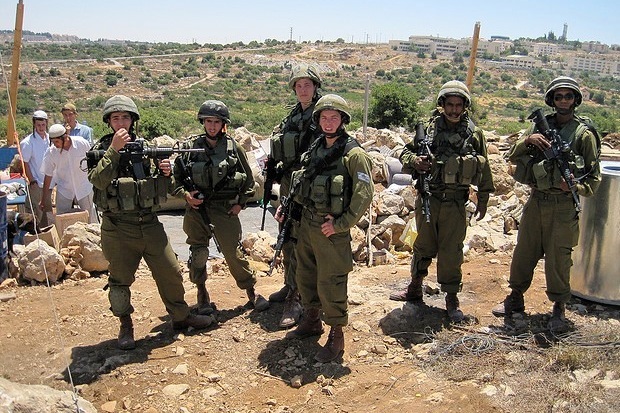 Two weeks ago, the council chiefs of the West Bank villages of Jaloud, Douma and Qusra appealed to Israel’s High Court of Justice, demanding that the hundreds of dunams of land seized by the IDF in 1978 be returned to their rightful owners. The IDF built a military camp (Jaloud camp) on a small part of the land, yet it has been abandoned for many years. Now is the time to revoke Seizure Order T/5/78.

Readers of this blog are already familiar with the practice of land seizure by military order: we dealt with it in the case of the Dura Al Qara seizure (of which the Dreinoff houses affair is a descendent of): a seizure that was on its face illegal, as an IDF officer specifically wrote in the seizure order that it is to be hidden from the Palestinian residents. We also dealt with this very seizure practice when we managed to return the land taken from the residents of Burkeh for the purposes of building the settlement Homesh.

Military seizure have served, time after time, not to fulfill a military need but for settlement building. The government stopped using this procedure after the Elon Moreh ruling (the film “The Law in These Parts” has some interesting things to sayon the ruling), despite holding a significant part of the land seized prior to that ruling.

What is a military seizure? First, we must differentiate it from confiscation. International law prohibits an occupying power – the West Bank, even according to the government of Israel, is under belligerent occupation – from confiscating property or equipment of the residents of the occupied territory. On the other hand, it demands that the military commander protect the property of protected persons. The High Court has maintained, time and again, this double duty: to refrain from harming — and instead protect — private property.

And yet, international law permits the military commander to seize private property when there is a pressing need to do so. If you are contending with a counter-attack or an invasion, you may seize land to use it for defense. But the rights of the owner do not expire: when the emergency is over, the property is to be returned to its owners.

Does the case of Jaloud comply with the law? Not quite. True, originally the seizure order was used for military purposes – the construction of a military camp that only made use of a small part of the land, and which has not been active in years. There is a small communication installation there, but it is unclear whether it is a military or a civil one, and anyway it sits on a small portion of the land seized. If the IDF has a need for the land it seized, it doesn’t show.

To quote the appeal, “In practice, a military seizure intended for unknown purposes, and which is anyway not in use in the last few years, which no one denies harms the property of the persons and the communities represented by the appellants, has in practice become confiscation. This is contrary to law and contrary to the rulings of this honorable court.” The military commander, we note, has held on to the land for 37 years.

The State of Israel is not the habit of releasing land it seized, even when it does not use it. We have seen this in the Burkeh case: the state seized the land on which Homesh was built in 1978. The official pretext was the creation of a settlement for Nahal soldiers – officially a military use. But, as expected, within a short while the military settlement turned into the civilian settlement of Homesh.

The act of theft via the offices of the military commander has been completed: private land, through the designation of “military need,” has been transferred into the hands of the settlers. Had the Gaza Disengagement not taken four West Bank settlements, including Homesh, with it, the thieves would have still been holding on to the plunder.

But the disengagement happened, and once Homesh was dismantled there was no longer any logic in maintaining the seizure order. And yet, the state adamantly refused to cancel it and allow for a legal struggle against the cancellation until 2013. Why were so many resources directed toward this struggle? Perhaps one day we will know.

The suspicion regarding Seizure Order T/5/78 is that most of the land seized under it was never used for a military purpose. History shows that this scenario leads to – as in the case of the Dreinoff houses – the creation of a semi-wildcat settlement, which the government and the prosecution later attempt to legalize. There is no military need? Obey the law and return the land to its rightful owners.