The new government, which could  survive longer than most observers expect, intends to resume the implementation of the Prawer Plan, aimed to force the Bedouin Palestinian population in the “unrecognized villages” into a narrow territory. 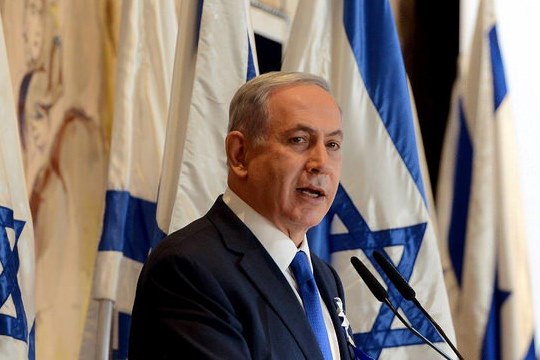 Benjamin Netanyahu’s fourth government was sworn in in the nick of time. Due to last-minute controversies over cabinet positions, President Reuven Rivlin and the family members of the new ministers had to wait a couple of hours for the special Knesset session to begin. Alongside the coalition negotiations, prolonged to the very maximum allowed by the law, Thursday night serves as a reminder of the difficulties Netanayhu is sure to face in maintaining his narrow coalition, which rests on the support of a mere 61 lawmakers out of the Knesset’s 120.

This, however, doesn’t mean that it will be a short-lived government, as some observers were all too quick to predict. Israel had similarly narrow governments in the past, and some of them even carried out major policy decisions: Yitzhak Rabin signed the Oslo II agreement in 1995 with an unstable 61 government, and Menachem Begin invaded Lebanon in 1982 with the same majority. (Though, admittedly, declaring war with a narrow coalition is not a big deal, since most of the opposition usually supports any military action the government undertakes.)

The fate of a coalition is often determined by the interests of a certain party in breaking away from the government and risking elections or, worse still, being left out when an alternative government is formed. Right now, I don’t see any party with such an interest, nor do I see any member of the coalition – not even the mere two necessary – who would benefit from siding with the opposition. The settlers and the hard right certainly don’t have a better alternative than this government, and the same goes for the ultra-Orthodox. My hunch is that for the time being, Netanyahu is not going anywhere.

Executing policies is a different thing, though, and this government will have very limited room to maneuver. This means an endless give and take with every MK on each bill – be it inconsequential legislation or major reform.

It’s clear that this government will not change course on the Palestinian issue. The traditional distinction between “pragmatists” and “hardliners,” or “hawks and doves,” doesn’t make sense here. All of the members of this government who have some sort of bearing on the Palestinian issue – from Defense Minister Moshe Ya’alon to Deputy Foreign Minister Tzipi Hotovely to Netanyahu himself – are united in their opposition to Palestinian statehood or to any sort of territorial concessions.

And it’s not that they have an alternative way to end the occupation – they simply want to keep things as they are, while expanding settlements. And the rest – Finance Minister Moshe Kahlon or the ultra-Orthodox ministers – simply don’t care. There was a funny moment in Netanyahu’s speech last night, when he said that his government will seek peace, and all the Arab MKs broke into spontaneous laughter, which pretty much captures everything (watch it here, around 0:30).

Don’t believe their pledges to annex Area C, the 60 percent of the West bank that is under direct Israeli administrative control, either. Though settler leaders call for that from time to time, it would be counterproductive for their purposes. It’s actually easier to build settlements or expropriate land under military law, and why risk the international outcry that such a change to the status quo would provoke? What we see now is Netanyahu’s final-status solution. There is no need to look any further.

With the fate of the West Bank and Gaza on hold, and major reforms depending on the goodwill of every single coalition member, I believe that much of the political energy will be invested in the internal culture war, including steps against the Palestinian minority in Israel proper – the so-called Arab-Israelis.

The right already expressed the desire to push legislation that would limit the ability of human rights NGOs and other anti-occupation groups to fundraise abroad, and the new justice minister – Jewish Home’s Ayelet Shaked – is a strong supporter of curtailing the Supreme Court’s ability to strike down Knesset legislation that it deems unconstitutional. If such legislation passes, it will have an effect on issues of state and religion and on the treatment of asylum seekers, where the court has taken a stand in recent years, as opposed to the Palestinian issue, where most rulings are in line with the government and the IDF.

Closer attention should be paid to the relations between the Knesset, the government, and Palestinian citizens of Israel, who make up more than 20 percent of the population. The coalition agreement includes a commitment by the government to implement the Prawer Plan, which aims to force most of the indigenous Palestinian-Bedouin population into a narrow territory in the north of the Negev – while making room for new housing projects, settlements and farms to be built for Jews. There has already been a rise in Palestinian home demolishes, especially in the south. The experience of the previous Knesset shows that some right-wing MKs will also try to undermine the Palestinians’ political representation or freedom of speech – as they did with the Nakba Law, or through the attempts to ban Arab legislators from running for parliament.

On those issues – the Palestinian minority, the Supreme Court, the opposition to the occupation – the government will enjoy the support of former Foreign Minister Avigdor Lieberman’s six MKs, who are now in opposition, which means a de-facto solid 67-53 majority. Lieberman or some of his party members might also be tempted to join the coalition in the coming months, and make things way easier for Netanyahu. That’s another reason I don’t expect this government to fall so soon.

The cabinet itself will be very right-wing, as one might expect from such a coalition. There are a couple of troubling appointments which went largly under the radar: Yariv Levin, a talented and very radical MK from Likud – one of the party’s rising stars – will have the public security portfolio, in charge of the police. (The Shin Bet is under the charge of the Prime Minister’s Office.) Levin might adopt harsher policing policies vis-a-vis Palestinians in the south and East Jerusalem.

Finally, one should note the two senior cabinet portfolios left unmanned (meaning that the prime minister is keeping them for himself): Media and communication and foreign affairs. The latter is clearly kept as bait for prospective coalition partners – be them  Liberman or Labor’s Isaac Herzog.  The Communication Ministry, on the other hand, will not be handed to anyone but rather kept closely by Netanyahu himself, so he can use its tremendous regulatory power against those seen by him as his political rivals in the media.