It is very difficult to accept at face value this newfound determination to defeat terrorism by the Gulf states by humiliating a smaller neighbor whose differences consist primarily of alternative choices of distasteful proxies. 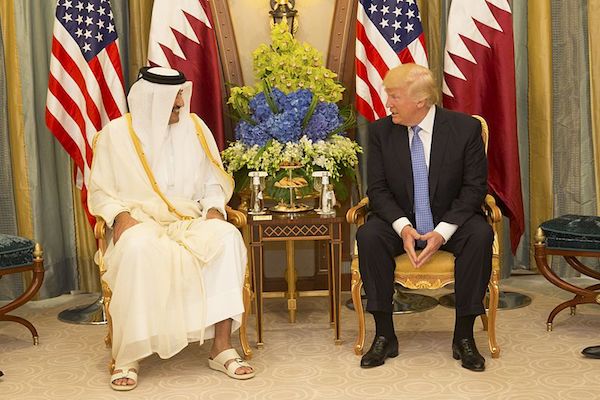 There are several things that I find confounding about the current conflict within the GCC:

First, as a member of the US policy team that first applied sanctions against Iran when our diplomats were being held hostage in Tehran, we drew the line at food and medicine. That has remained true in the succeeding 37 years. Despite all the onerous sanctions that the US has imposed against Iran over the years, which verge on economic warfare, there has never been a formal restriction on sales of food or medicine, including by US companies. The Saudi-UAE boycott, however, closed off food and medicine shipments to Qatar wherever possible, in the middle of Ramadan. I don’t know if this technically constitutes a breach of international humanitarian law, but it is certainly drastic by modern standards of political conflict.

Second, and related, it is striking that the attacks on dissident forces in Yemen have employed the same tactics. Access to food and medicine have been denied routinely in the name of military expediency, reducing the population to near starvation and subject to outbreaks of cholera and other epidemics. And these are neighbors, who physically resemble each other and who have long historical ties, but severe political differences. Family schisms are often the cruelest and most devastating of all.

The Saudi foreign minister, in Washington, said there was no blockade, since air and sea routes remain open. That is true, and Qatar agrees that it is a “siege” not a blockade. The Qataris are sufficiently wealthy to find alternative sources of supplies. They are not going to starve. But the fact remains that Qatar has traditionally imported up to 80 percent of its food via the ports and roads of its immediate neighbors, who slammed the door shut without warning. The inclusion of food and medicine is unusually draconian in this day and age.

Third, I am struck by the extreme nature of the demands placed on Qatar, and for that matter Yemen as well. Perhaps this is a bargaining position. We shall have to wait and see. But strict compliance with the demands as stated would constitute a substantial surrender of national sovereignty. It would require dissolution (or drastic revision) of state institutions, total change of public policy, and renunciation of allies and alliances that have existed for decades. In political and social terms, these demands are more stringent than the documents of surrender that the United States and its coalition allies imposed against Saddam Hussein’s Iraq at Safwan in 1991 after one of the greatest defeats in military history. There was no attempt to dictate to the Iraqis what they could say, or what they could believe, or who they could have as friends. This appears to be the equivalent of regime change, even if that is not the stated intention.

One demand requires that all citizens of the affected states return to their own countries, even if engaged in legitimate businesses or even if married to a citizen of one of the quarreling states. This, it seems to me, is a form of collective punishment that bears no relationship to the crime. Fortunately, there seems to have been some softening of these sanctions against individuals who, it must be remembered, until very recently were living in an incipient political and economic union. If fellow members of the GCC can be treated this way because of an internal policy dispute, what does it say about the very nature of the GCC itself?

Another coordinated announcement by the siege leaders warns that anyone who expresses sympathy for Qatar or expresses any disapproval of the measures taken, can be imprisoned for 5-15 years. A human rights attorney in Bahrain challenged the actions taken against Qatar as contrary to the Bahraini constitution. He was immediately arrested and is now in jail.

And all of this is done in the name of fighting terrorism? I always tell my students who are preparing for a career in international relations and foreign policy that if they are deeply disturbed by exorbitant displays of hypocrisy, they have chosen the wrong profession. Still, in light of the background and history of the ultra-wealthy Arab Gulf kingdoms, it is very difficult to accept at face value this newfound determination to defeat terrorism by humiliating a smaller neighbor whose differences consist primarily of alternative choices of distasteful proxies. Qatar has a mixed record in its dealings with terrorist groups. And its Al Jazeera TV channel has unquestionably offended Qatar’s neighbors to the point of royal frenzy. But those casting these stones are far from blameless. They should take care that the punishment fits the crime, lest wounds are created that permanently impair the healthy functioning of regional cooperation.

Finally, speaking as an American, I find it troubling that my country would apparently lend its support to such an enterprise after what appears to have been only the most perfunctory consideration of our own national interests and values. But appearances may deceive. Despite the words of President Trump siding openly and vociferously with the siege managers, the Pentagon has proceeded to conclude a hefty sale of fighter aircraft to Qatar, praising the tiny emirate for its “enduring commitment to regional security,” and expressing gratitude for its hosting the giant al-Udeid airbase, where all U.S. regional air activity is managed, including coalition strikes against the Islamic State. More recently, two U.S. naval ships arrived in the port of Doha for joint exercises with the fledgling Qatari Emiri Navy. Clearly, important U.S. interests are involved in this dispute, and they are ill served by a major rift among our closest allies in the region.

Stripped of its hyperbole, the Saudi-UAE siege appears to be a reckless act of coercion by two of the largest and wealthiest states in the region against a smaller, but also vastly wealthy state that chose an alternative political path. It has split the Gulf Cooperation Council down the center and seems to be signaling that membership in this club implies not cooperation so much as unswerving obedience to the Saudi metropole. That goes beyond a mere dynastic spat between rival domains and raises serious questions about the future of the institution itself.

The siege of Doha, together with the years-long assault on Yemen, seems to imply ambitions for a greater Saudi empire surrounded by vassal states that have no independent life beyond that bestowed upon them by their rulers, a sort of Gulf Colonial Concert.

The fact that this entire episode is the direct consequence of a popular uprising in the Arab world less than seven years ago, calling for the replacement of entrenched despotisms with more open, democratic institutions, is almost too painfully ironic to contemplate.

Gary Sick, a scholar at Columbia University, served on the National Security Council under Presidents Gerald Ford, Jimmy Carter and Ronald Reagan and was the principal White House aide for Iran during the Iranian Revolution and the hostage crisis. This article was first published on lobelog.com.