I usually find the fact that Facebook is the #1 news source today exiting and hopeful, but there clearly is a down side to it: Even when an item is proven wrong, it could continue to circulate almost forever. 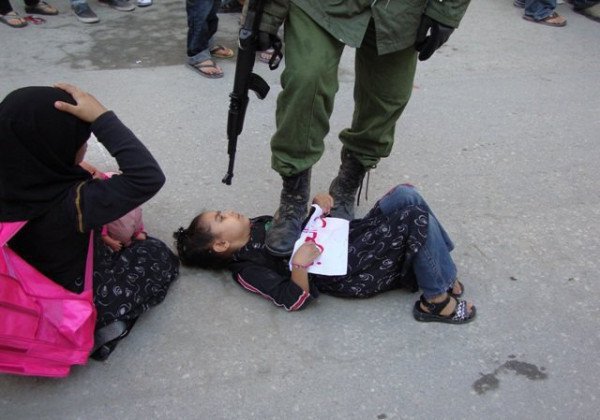 The above picture does NOT show an IDF soldier stepping on a Palestinian girl. These are not IDF uniforms, not IDF gloves, and the AK47 is not the IDF’s standard weapon (I am not even sure that this is a real gun). But even without these details, one could tell that there is something strange in this pic – more than anything, it’s the cool indifference of the entire scene.

I saw this picture for the first time a few months ago; at the time someone said it was taken from a Turkish TV show. In the last few days, it’s circulating again. And there is this tweet, claiming this picture was taken in Syria. Where will it pop up next?

UPDATE: The mystery is solved in the comment by David (see below). It’s a staged act, according to David – from Bahrain.