As incitement against the Israeli Left grows, it is no surprise so many people believed right-wing arsonists were behind the fire at the offices of Israel’s oldest human rights organization. 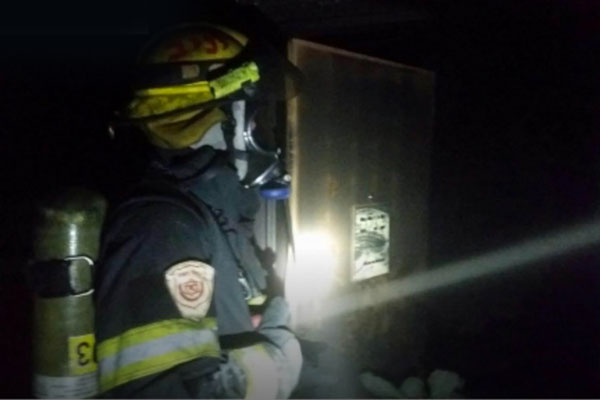 Preliminary investigations by Israeli Police and Israel Fire and Rescue Services indicated that the fire that erupted Sunday night in the Jerusalem offices of Israeli human rights group B’Tselem was not the result of arson. The police and fire department published detailed explanations on their findings, according to which the fire was a result of a short circuit in the office’s acoustic ceiling. The fire reportedly burned the entire ceiling before engulfing the rest of office.

Furthermore, there were no signs of a break in, neither from the door or the windows. Additionally, there was no graffiti or other sign that this was a hate crime, and the security cameras did not capture any suspicious activity. Thus, as far as we can tell, there was no arson. B’Tselem’s staff believes this to be true as well.

And yet, Sunday’s fire raised everyone’s suspicions as the possibility of arson. I am not talking about a few human rights activists or members of Knesset. The Fire and Rescue Services were the first to presume it was an arson attack; nearly every single media outlet adopted the suspicion as truth, despite a lack of evidence. Much of the public also bought into the suspicions, which seemed so logical. With everything we know about the political climate in Israel today, it is not so far-fetched that such a thing would happen.

Perhaps one of the hardest things to deal with in the current atmosphere is the notion that it is logical that right wingers would set fire to B’Tselem’s office — or worse. The fact is that all of us, not just a few of the paranoid, can imagine this happening. Not only because of the specific details — such as the initial suggestions that the fire began in two separate areas, or the recent, widely-viewed investigative report that allegedly implicated human rights activists in some shady business — but because of everything that has been taking place. If it didn’t happen this time, it will happen next time. If not B’Tselem, then another organization. Not only does it seem so realistic, it feels that such actions would have significant public support, or at the very least would be met with understanding and forgiveness.

Palestinians on both sides of the Green Line know this well. They know the feeling of discrimination, oppression, and harassment by the authorities. As Noam Sheizaf wrote recently, in the past year and a half, the Right has officially taken over, delegitimizing and isolating the Left, be it radical or moderate.

Think about what kind of immense changes Israeli society has undergone in the past year and half, and how our attitude toward political violence (by the Right, only by the Right) has changed. This began with the immolation and murder of 16-year-old Muhammad Abu Khdeir, and continued with the rise of extreme-right groups such as Lehava, which along with other right-wing groups, hunt for Arabs on the streets of Jerusalem (leftists aren’t spared either). After that came the violent attacks against left-wing activists during Operation Protective Edge, when right-wing thugs followed anti-war demonstrators and attacked them after protests. Then came the arson attack on Jerusalem’s bilingual school, the murder in Duma, threats against left-wing activists, preventing members of Breaking the Silence from holding an event at a pub, and a recent stabbing attempt at a left-wing rally. 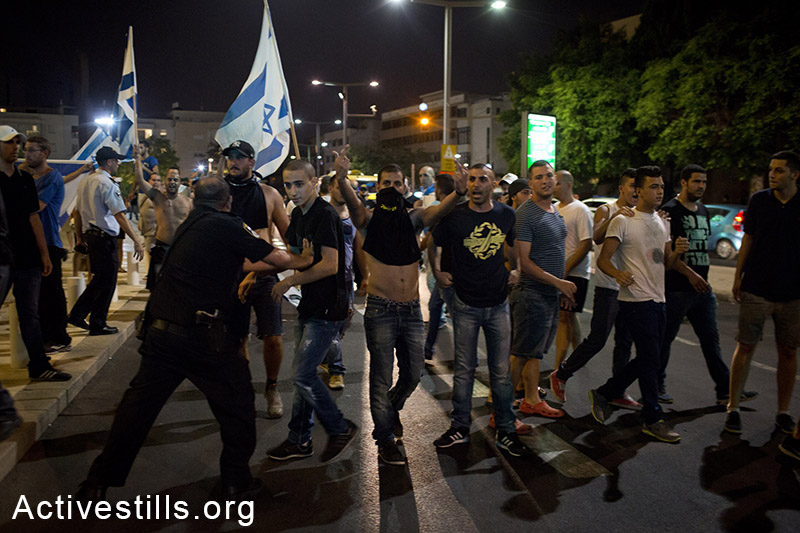 We also had an anti-Semitic video against leftists by the Samaria Settler Council, and recently we had a video produced by hyper-nationalist group Im Tirzu that incited against individual human rights activists. Add to that a slew of groups that have the blessing of the authorities to harass and threaten anyone who dares strive for Jewish-Arab cooperation, or criticize the occupation.

But most of all, we have seen government incitement reach new levels, often with the tacit support of the opposition. Prime Minister Netanyahu and his ministers have no problem to lying and slinging baseless accusations of murder at human rights organizations.

We have seen the Prime Minister’s Office’s campaign — joined by “centrist” Yair Lapid — against Breaking the Silence. We have seen attempts to destroy the Left’s political representation, first by continually attacking any and all political organizing by Israel’s Palestinian citizens — be it by outlawing the Islamic Movement, the attempts to disqualify the nationalist Balad slate from participating in elections, or raising the election threshold, thereby forcing the Arab parties to form a single political party. After all, without cooperation with Arab citizens, the Left has no real way of getting into power.

We saw legislation aimed at ensuring funding to left-wing NGOs is “transparent,” though that funding has always been out in the open, while right-wing NGOs are granted permission to keep the source of large donations secret. This is before we get to the lies-turned-truths about the Mufti, a reminder that the prime minister will deliberately distort historical facts and lie, so long as it promotes his agenda of incitement.

Hundreds of Israelis celebrated the fire at the B’Tselem office online, while others expressed sorrow that the offices were empty when it erupted. Avigdor Liberman responded to the fire by calling B’Tselem “traitors.” Neighbors who witnessed the fire expressed joy over what they believed was arson, and a few people even came to celebrate with an Israeli flag.

So this time it wasn’t arson. Just a short circuit that came at an incredibly tense moment. But those who suspected an arson attack are not crazy. They understand exactly which direction the wind blows.