+972 speaks with Suhad Bishara, of Adalah – The Legal Center for Arab Minority Rights in Israel, about the challenges of fighting for Palestinian rights in Israel and deciding when not to take legal action in Israeli courts – if doing so would undermine the Palestinian narrative. 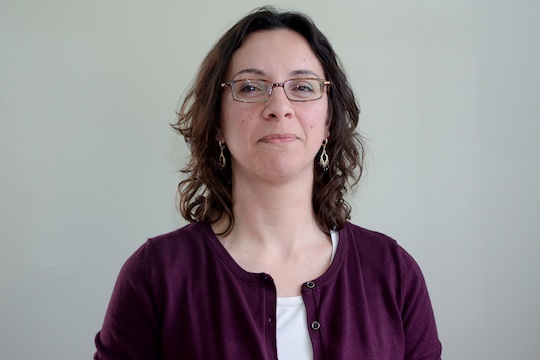 When looking at Israel’s Prawer-Begin Plan to evict tens of thousands of Bedouin in order to free land for Jewish development, attorney Suhad Bishara sees a second Nakba coming.

Bishara, 42, is Adalah’s acting executive director and the organization’s director of land and planning rights. Originally from Tarshiha, a village in the northern Galilee near the Lebanese border, Bishara has lived in Haifa since she graduated with a bachelors of law from Hebrew University, and has worked with Adalah since receiving a masters of law from New York University in 2001.

These days, she and Adalah are focusing their efforts on stopping the Prawer-Begin Plan. Sitting down with +972 in her Haifa office last week, Bishara discussed the intricacies of running a Palestinian human rights organization in Israel, and how in each case she must weigh how taking it to court might inadvertently undermine Palestinian rights.

Are the land and planning rights of Arabs in Israel and the Occupied Palestinian Territories more or less protected today compared to 2001 when you joined Adalah?

Generally speaking, they’re less protected. On one level, the Supreme Court has set precedents that disallow land restitution for Palestinian citizens of Israel whose lands were confiscated in the 1950s and 1960s, and were not used for the public purposes of the confiscation. There are also laws that restrict the right of restitution, restrict planning and development rights of Arab communities and procedures that limit the accessibility of land distributed by the state to its Palestinian citizens. Also, there’s master planning, which restricts the development of Palestinian towns and villages on a large-scale, and the massive attempts to displace tens of thousands of Palestinians in the northern Naqab (Negev).

In regards to land rights, what case concerns you most right now?

It’s basically the Prawer-Begin bill, which the Knesset is trying to enact in the next few months. It aims to evict dozens of Palestinian Bedouin villages in the Naqab, which has about 70,000 citizens, in order to “free” the land for the development of Israeli state interests, either to bring Jewish citizens to the area or develop it for industry or the army. 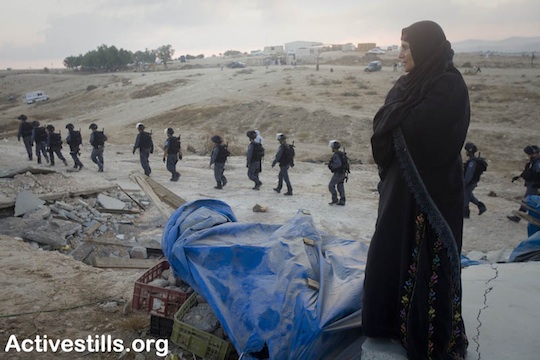 How do you think the Prawer-Begin Plan will be remembered, whether this Knesset passes and implements it or not?

When I first read the bill, I envisioned the Nakba; you have villages that will be displaced or evicted to build Jewish settlements on top of their ruins. These same stories that we heard in 1948 and we read in the history books, it’s happening to the Palestinians now 65 years later by the same authority and under the same legal system. It seems that in 65 years nothing has developed in the legal system. People speak about constitutional revolutions in Israel in the mid-1990s, but these haven’t even come close to affecting the rights of the Palestinian community, especially when we are talking about land and planning rights.

What strategies have been most effective in fighting to protect Palestinian land rights?

I think what has been most effective so far is public struggle — [trying to influence] public opinion and going out to the media. Of course, when it’s suitable, that takes place alongside legal procedures, but I think there’s a better chance when people decide to take their rights seriously. When you’re speaking about the Palestinian community in Israel, you first want to reach Israeli public opinion and that’s not always possible. We are aware of the limitations of the Israeli legal system; we know it will not dramatically change the situation. Therefore, we think other avenues are crucial.

It seems that everyone here [at Adalah] has the human rights bug. Either you have it or you don’t. I have frustrations, of course, questioning whether I’m doing the right thing, whether addressing the Israeli courts is the right way or not because you’re not getting much there, at least in land and planning issues. But I’m Palestinian; I’m part of a community and I don’t see myself anywhere else in the near future. I’ve been doing this ever since I became a lawyer, especially land and planning, because I see the importance of it. With no land, there’s no Palestine.

Do you ever wonder if your work legitimizes the occupation by working for change from inside Israel?

Yes. We do a lot of international advocacy in the U.N., EU and European Parliament (EP). Especially in the U.N., we see a lot of good concluding observations. The question is how that affects the policies de facto, and the answer is, it’s not crucial for the Israelis whether they have criticizing concluding observations or not. We use that and it does affect the Supreme Court sometimes because at least some of the judges have a broader view of how they will be perceived by internationals. But foreign ministries of different states in Europe, the U.S. and the EP are more willing to intervene when we are talking about the OPT, but less so when when it comes to Palestinian citizens of Israel because they perceive it as an internal Israeli issue.

One is Umm al Hiran in A’Teer. It’s an unrecognized village in the Naqab, established in 1956 by order of the military government. In 2004, the state brought [the residents] to court claiming they are trespassers on the land. We managed to convince the court that we are not trespassers and at some point the court even asked the state: how can you claim they are trespassers when you know they are not?

So we made it halfway. Factually, we proved our case, but the court still said the state can evict you because you were permitted to use the land for free and now the state can decide they don’t want to allow you to use the land anymore, which was of course frustrating. These are citizens, and the court acknowledged their narrative and that they didn’t break any law. And still, there is nothing you can do to protect them.

What do you hope Adalah will accomplish next?

Our main focus and most of our efforts now are going toward the Prawer plan. In the first stage we’re trying to convince Knesset members not to vote for the law, and if it passes, to see how we can challenge it and bring an end to the displacement of tens of thousand of citizens. Much of our efforts are going in this direction, legally, internationally, through media campaigns and in public opinion. This is one of the most crucial issues facing the Palestinian community in Israel. If the government goes ahead with the plan it will be disastrous. Many would say it’s a second Nakba for the Palestinians in the Naqab.