The fact that Israel chooses to base its nursing sector on migrant workers and turn the patients into employers does not mean that migrant workers must pay the price. That is, unless one listens to the rulings of the High Court of Justice. 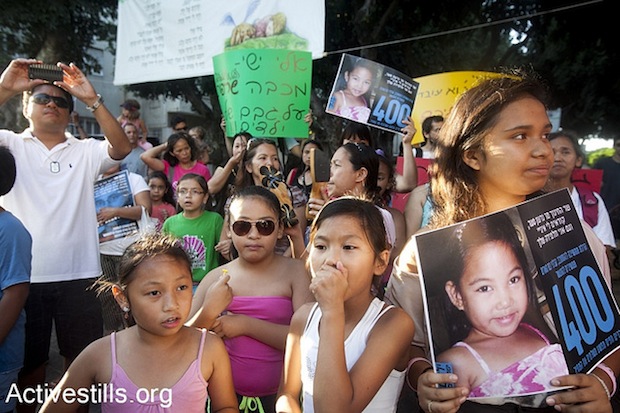 The problem is that sometimes High-Level Babble in the High Court of Justice results in verdicts. In a verdict handed down more than three years ago, the judges – two males and a female – assumed what was best for migrant workers (sorry, the verdict determines that she is not a “migrant worker,” as there are no migrant workers in Israel, there are only “foreign workers”), and what is best for them is to work as caregivers without getting paid overtime. Why? Because it is common knowledge that they are poor in their home countries, and they come here, and all of our goodness is bestowed on them, so even if we take a little from them, their lives here are still golden compared to what could have been had they stayed in the decrepit places from which they came. Plus we can’t forget the flip side, which is no walk in the park – those taken care of by the nurses, their employers, who we feel bad for, because they are in a sorry state. And yeah, let the Knesset deal with it.

The Knesset, of course, didn’t handle it, and a decision was handed down this week to a request for an additional deliberation on the verdict. Six men participated in the deliberation, and three women joined them. And lo and behold: Four judges wrote a new babble that justifies the former, and added that they feel bad about the poor female caregivers and the poor male patients, and “oh me oh my,” and the Knesset should handle this. The fifth judge wrote that the state is to blame for what is happening, but it is what it is, and so he joined the others, and the Knesset really should deal with this. As such, with a majority decision, the appeal was rejected. The sixth judge said that his friends were right, but, come on, this isn’t cool, give the workers twenty percent more and be done with it. And the three female judges? They wrote a verdict. A real one. In it they explained that employees are employees are employees, and because they are employees they are subject to labor law, even when they work for poor people. If Israel chose to base the nursing sector on migrant workers and turn the patients into employers, that does not mean that migrant workers must pay the price, and they must be paid for their work.

Before you go…
A lot of work goes into creating articles like the one you just read. +972 Magazine is nonprofit journalism, owned by many of our writers, editors, and journalists. In order to safeguard that independent voice, we are proud to count you, our readers, as our most important supporters. With your support, we can keep +972 Magazine a strong, independent, and sustainable force helping push the global discourse on Israel/Palestine.
DONATE
More About knesset