Contrary to a High Court ruling, Attorney General Yehuda Weinstein has ordered the government to refrain from removing 30 structures from the Amona outpost. One hopes that this time, the court will put Weinstein in his place for a change. 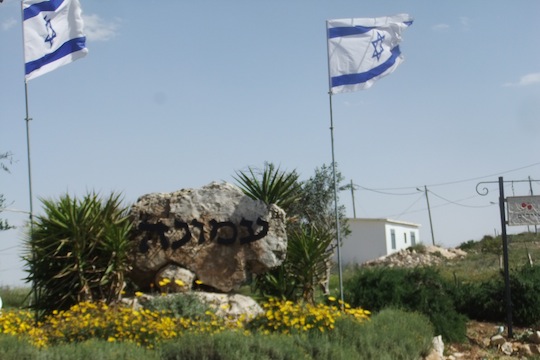 Amona outpost, West Bank. Attorney General Yehuda Weinstein ordered the state not to demolish the outpost, despite an order by the High Court of Justice. (photo: יעקב / CC BY-SA 3.0)

When a government office issues a press release on a Thursday evening, it means it wants to bury the news it is forced to publish. Attorney General Yehuda Weinstein had good reason to hope no one would notice the message he published last Thursday. However, as it usually goes with Weinstein, he botched it.

The message began with a series of empty phrases, designed to hide the author’s true intention:

Criminal enforcement is certainly an important tool in the region’s law enforcement toolkit, and the issue is to be promoted, as I mentioned in my previous letters to the Minister of Defense, which were further referenced in the State Comptroller’s report. Yet this isn’t enough to avoid the need to fill the priorities of the administrative authorities with form when it comes to administrative enforcement. Therefore, I am of the opinion that the internal priorities regarding building on private land ought to be sharpened, and the removal of structures sited on private lands should be promoted… the current situation as described above is harmful to the rule of law. It is harmful to human rights. It is harmful to private property. And we cannot allow that…

Sounds nice. What’s not to like? We all support the rule of law, human rights, and the removal of structures placed on private lands. Most of us even support private property.

And then comes the trap: after all the nice words, Weinstein announces that contrary to the decision of Israel’s High Court of Justice, and in accordance with the demands of politicians, he is ordering the state to refrain from removing 30 structures from the illegal outpost of Amona, apart from just one.

Again, the facts: Amona is an illegal outpost. Everyone agrees it is so. The government has admitted it time after time (the legal battle over Amona began in 2008). It even said, time after time, that it ought to be removed. But somehow, the prosecution under Weinstein always finds some more urgent things to do. About a month ago the representatives of the settlers announced that they purchased 25 percent of the rights to one plot, 1/8 of the rights to a second, 1/6 of the rights to a third, and 40 percent of the rights to another. Yesh Din appealed, representing a series of plot owners, along with the chairman of the village of Silwad, who were harmed by the creation of Amona (which leisurely spreads over 25 plots). As noted in an earlier post, the company which claims to have purchased the lands, Al Watan, has presented documents which turned out to be fabricated in three earlier cases. Since then, the courts ruled (Hebrew) that the company was involved in a fourth plot.

Weinstein does not seem to care. Al Watan’s claim that it purchased some percentage of the plots – a claim which cannot, for the time being, be verified, as the company asked for a gag order and received it – is enough for him to determine that the HJC ruling (which says that every structure in Amona built on any uncontested plot is to be removed) can be ignored. This, despite the fact that the claim was made in a petition asking for the removal of the whole of Amona.

Following Weinstein’s cascade of pious words, he ordered the removal of one structure and one road – and even that he leaves for the settlers to remove. His excuse? After years of debates in the court, the government suddenly asked that not all of Amona be removed – just the structures on the plots owned by the petitioners. The court disregarded this request and ordered the removal of Amona. The absence of a clear rejection of the government’s position is the thin reed Weinstein clings to.

Yesterday morning (Monday) Yesh Din filed a motion for contempt of court against the respondents represented by Weinstein. It is inconceivable that after more than four years of legal debate, and one delay after another by Weinstein, an outpost which is wholly illegal will remain on private Palestinian lands, despite a clear ruling of the HCJ. If this is how this ends, we may as well stop speaking about law enforcement.

Israel has had Attorneys General who have disgraced their office. Yosef Harish cooked up the unfortunate pardon in the ISA Affair, a pardon based on the execrable precedent of President Nixon being pardoned by his successor Ford. Harish did so after the government effectively removed the forceful Attorney General Yizhak Zamir. The ignominy of this move followed Harish throughout his term.

One hopes that this time, the HJC will put Weinstein in his place for a change.