The differing approaches to suspected law-breaking by Netanyahu and Palestinian MK Basel Ghattas expose just how selective the rule of law in Israel really is. 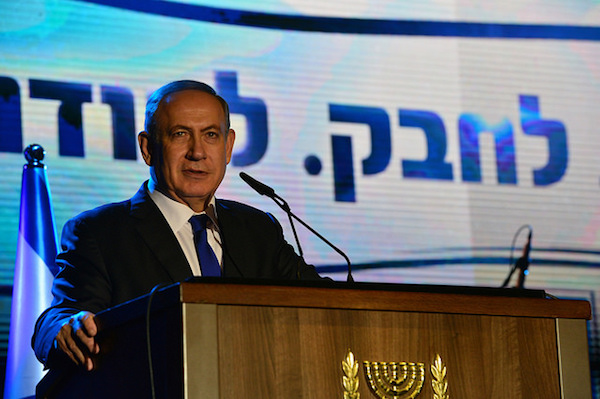 Law is a deceptive concept. We like to take pride in being “law-abiding citizens,” and so tend to reject and condemn members of our community who have broken the law. Joint List head Ayman Odeh, for example, was quick to voice his disapproval of the news concerning Basel Ghattas, a Knesset member in his party who is suspected of smuggling cellphones to Palestinian prisoners. Immediately after the reports regarding Ghattas surfaced in December, Odeh emphasized “the importance of respecting the law.”

This instinct is understandable: as citizens, we want to believe that our legal system is one based on fundamental ideas of morality and justice, which aims to order communal life for the benefit of all. This concept is particularly important for minorities, whom the rule of law is supposed to protect from the tyranny of the majority, while safeguarding their rights.

Perhaps this is why we tend to be more shocked when elected officials are caught breaking the law. The idea that someone involved in drafting the rules of the game would exempt themselves from those same laws appalls us, above all when it concerns the prime minister.

But we need to be precise here: the issue is not actually the fact that Netanyahu has, in all likelihood, broken the law. Observing the law is not in of itself a value. We are given to treat it as such because we need in our lives the idea that there is some relation between the law and principles of justice and morality; it helps us put ourselves on the “right side,” or at least helps us distinguish between the “good” and the “bad.” 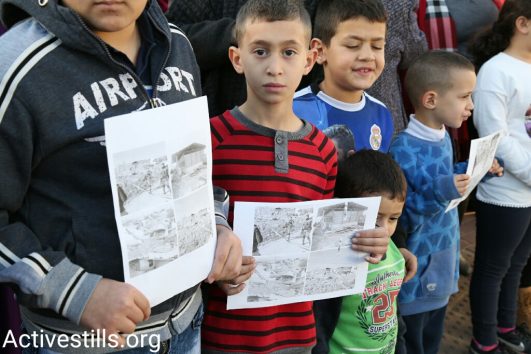 Arab youth demonstrate against the demolition of 11 homes by Israeli authorities in the Arab town of Qalansuwa, central Israel, January 11, 2017. (Keren Manor/Activestills.org)

Yet this distinction isn’t really connected to the law, and certainly not in a country where the law is used to uphold institutionalized theft, discrimination and exclusion of one group for the enrichment of the other. As Momo in the book “The Life Before Us” puts it: “The law…was made to protect the people with something to protect from other people.”

If the State of Israel enshrines land theft in law and calls it “formalization,” then I have no respect for the “rule of law.” If the state prevents residents of Qalansuwa from building their homes legally on their own land and forces them to build without permits, then sends bulldozers to destroy those homes in the name of the law, any decent person needs to stand in front of the bulldozers of the law and resist them.

If the law discriminates between Jewish and Arab prisoners, then I value and respect anyone who scorns those laws and acts according to their conscience. If a new law bans educational institutions from exposing their students to truths and facts the lawmakers want kept hidden — for example soldiers who talk about what they did during their military service in the occupied territories — then I hope with all my heart that employees of those institutions will openly and blatantly break that law.

All this applies even more in a system where not only the law but also its gatekeepers are tasked with preserving the existing order — namely the privileged regime it has established. Take, for example, Avichai Mendelblit, Israel’s feeble attorney general who barely made a noise in the face of an astonishing string of suspicions against the prime minister, but who is suddenly investing remarkable quantities of energy, initiative and creativity into the Ghattas affair. Mendelblit even made the outrageous decision to submit an indictment against a serving Knesset member before a hearing had taken place. How much respect for the rule of law can there be when these are its gatekeepers?

The media and public discourse in Israel are currently roiling over the Netanyahu-Noni Mozes affair, in which the prime minister offered the owner of the Yedioth Ahronoth newspaper group to put brakes on its main rival, Israel HaYom, in exchange for more favorable coverage in Yedioth outlets. This is understandable and logical; a prime minister under investigation makes for a great headline. But as we follow the developments, it’s important for us to remember that the problem is not that Netanyahu likely broke the law. The problem is that this corrupt individual knows perhaps better than anyone the delicate, elusive relationship between the law and morality, and knows how to manipulatively use legislation in order to nullify the public’s sense of basic justice.

In fact, Netanyahu’s grand project is the redrafting of public morality through foolish and unrestrained legislation, just like how he tried to rewrite history using his notorious “the Mufti did it” argument. For Netanyahu there are no mistakes and no slips of the tongue; everything is coldly calculated in full knowledge of the collective and cumulative effect his statements and these laws will have on public discourse and the perception of justice.

Under the auspices of that same patently immoral legislation, designed to thoroughly delegitimize each of his political opponents, Netanyahu strengthens his unchallengeable imperial rule. And then he spurns those selfsame laws, laughing at us through the cigar smoke.