I am a comedian, and I travel to Israel and Palestine often to perform, visit, and conduct workshops.  I have, until this point, done all of my work for Palestinian audiences and participants.  My first job is to be funny.  But I also hope to show that Palestinians can laugh just like everyone else, especially at ourselves.  If I do my job well, maybe I can show that we can be funny too.

The legal decision handed down this week in Israel, absolving the government of any and all responsibility in the 2003 death of American Rachel Corrie in Gaza, confirmed something to the world that we Palestinians are already acutely aware of:  We, and those who dare to stand with us, are simply not human beings.

In the past few weeks, this phenomenon has become all too clear in Israel.  On August 16, a group of teenagers beat a Palestinian boy to near death in a Jerusalem square.  One of those arrested for that crime publicly declared his astonishment for being held accountable for beating an Arab.  On that same day, a taxi carrying a family of Palestinians was firebombed near Hebron in the southern West Bank.  Six Palestinians were injured in that attack.

Rachel Corrie was killed while she was decrying the demolition of homes in the Gaza Strip.  She was engaging in something that we Americans have been politically and socially bred to have pride in: nonviolent protest.  She stood in front of a bulldozer, only to have the driver run her over, viewing her life as no more worthy than the owners of the house he was destroying.

It is no small thing to say that the state of Israel views Palestinians as subhuman.  I do not say it lightly.  I have traveled to Israel many times, encountering the various checkpoints, border crossings, and security personnel.  I am always shocked by how Palestinians deal with this everyday.  I am never shocked by, sadly, the subhuman manner in which Israel treats them.

The Qalandia checkpoint from Ramallah to Jerusalem consists of cages and steel revolvers.  Palestinians are let through at the whim of the Israeli soldiers manning their stations.  The checkpoint itself is filthy and unsanitary.  Arab towns inside Israel are many times rundown, almost completely neglected by the Israeli government, while Jewish towns are generously funded and kept up, resembling upscale American suburbs.  Studies have shown that the Israeli government spends three times less on schools populated by Arab students as it does on schools with Jewish students. 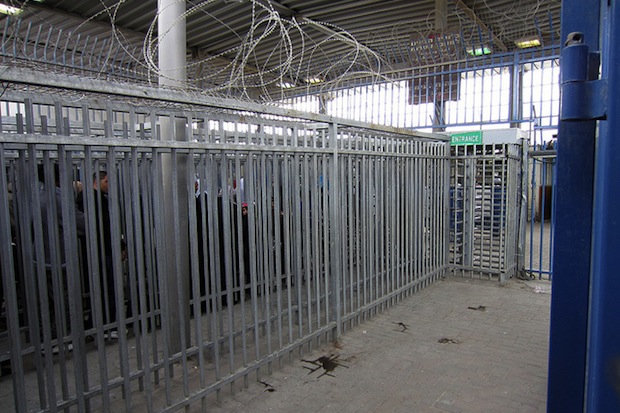 Prime Minister Benjamin Netanyahu once referred to the Palestinian citizens of Israel as a “demographic threat.”  That remark, is, of course, utterly racist.  But one has to wonder how someone like Mr. Netanyahu, who graduated from both high school and college in America, could refer to a group of people that existed in that land for centuries before the establishment of Israel as a “demographic threat.”  The answer is simple: Palestinians are simply not human.

Newt Gingrich has called us “invented,” Barack Obama was attacked in 2008 for having a “Palestinian friend,” Ehud Barak referred to us as “crocodiles,” and former Prime Minister Menachem Begin, who famously made peace with Egypt, said that Palestinians were “beasts.”  Why would we expect Israel to hold anyone responsible for killing a young woman foolish enough to protect the rights of these creatures?

The author is a Palestinian-American residing in Dearborn, Michigan.  He is a comedian and graduate of the University of Michigan Law School.
Get Our Weekly Newsletter
Before you go…
A lot of work goes into creating articles like the one you just read. +972 Magazine is nonprofit journalism, owned by many of our writers, editors, and journalists. In order to safeguard that independent voice, we are proud to count you, our readers, as our most important supporters. With your support, we can keep +972 Magazine a strong, independent, and sustainable force helping push the global discourse on Israel/Palestine.
DONATE
More About News