Last week, the Grand Mufti of Egypt, Ali Gomaa, made an unprecedented visit to Jerusalem, where he worshiped at the famous Al Aqsa Mosque. His visit drew condemnation from Muslim leaders in Egypt, and even from some Palestinians. Muslim leaders across the Middle East have long followed a policy of boycotting travel to Jerusalem, until Israel ends its occupation of the city and Palestinian land. Some have labeled those who visit Jerusalem as “normalizers” of the occupation, and sometimes even traitors.

This high-profile visit to Jerusalem was thus seen as a violation of this boycott policy, and has stirred much debate. Even the late Coptic pope, Shenouda III, forbade Christian Egyptians from traveling to Jerusalem.

The mufti’s visit comes only a few weeks after Mahmoud Abbas, the Palestinian Authority president and chairman of the Palestinian Liberation Organization, called upon Muslims at the recent Al-Quds Conference in Doha to visit Jerusalem. He argued that such a visit would reinforce the city’s importance to Muslims and Arabs all over the world, and show support for its residents. In his speech, Abbas argued that visiting Jerusalem is not normalization, asking, “Would visiting a prisoner constitute normalization with the prison guard?” 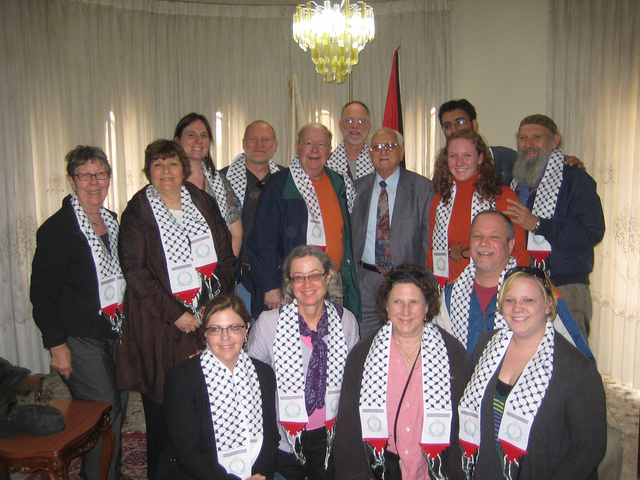 The argument for boycotting Jerusalem is one of the weakest I’ve ever heard. Prophet Muhammad led Muslims after the Hudaiba reconciliation to perform the first “Umrah” – a Muslim ritual in Mecca – while under non-Muslim rule. The Ka’ba, which is the holiest Muslim site, was surrounded by idols, and yet Muslims were permitted by the prophet to worship there. So how do Muslim leaders justify boycotting Jerusalem because of the occupation? I doubt they can back their decision with a religious or historical precedent. The well-known Muslim hadith about spiritual travel says, “One should travel only for visiting three Masajid (Mosques): Masjid-ul-Haram (Mecca), Masjid-ul-Aqsa (Jerusalem), and this (my) Mosque (at Medina).” 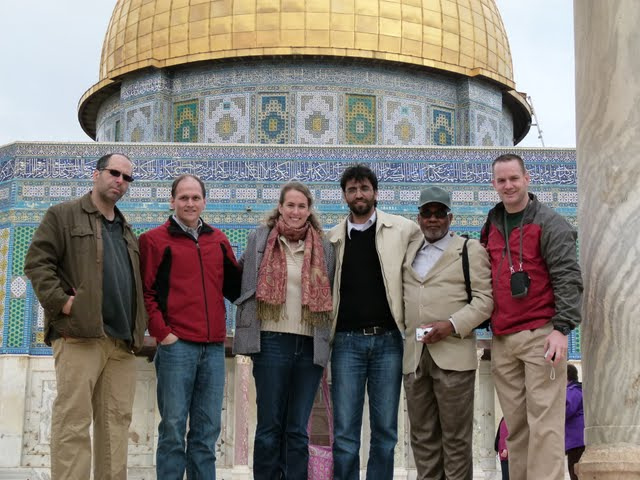 American Imam Yusuf Salim with an interfaith group at the Dome of the Rock (photo: MEJDI TOURS)

There is also a practical consequence for the Muslim and Christian Arab boycott of Jerusalem. When western Christians and Jewish tourists visit the city to take in its significant cultural and religious attractions, they are more likely to stay in hotels in the more developed area of West Jerusalem, with better infrastructure and amenities, than to stay in East Jerusalem. They are also more likely to spend their money shopping in West Jerusalem and throughout Israel, as opposed to spreading the economic impact of their expenditures to Bethlehem, East Jerusalem or Ramallah.

The truth is that Palestinians in Jerusalem and the West Bank need the visits from the Arab and Muslim world, not only for solidarity and support, but also for their economic impact. Tourism has always been one of the main income generators for these communities, and the boycott hurts the Palestinian economy, while Jewish and western Christian pilgrims just bolster the Israeli economy. As someone who brings hundreds of tourists to East Jerusalem annually through MEJDI enterprise, I know how valuable the tourism industry is in supporting the local Palestinian community.  In effect, not coming to Jerusalem hurts the Palestinians and makes it harder for them to remain in their native land. Those who refuse to come to Jerusalem and support the local community give a blank check for the Jewish extremists to take hold of the city.

An Arab proverb says, “Far from sight far from heart.” Muslims and Arabs around the world have little understanding of living conditions and struggles of Palestinians in Jerusalem. About half of the settlers who moved to the West Bank since 1967 are located in East Jerusalem. This proves that the Arab world has led a failed policy. Continuing this policy reflects corrupt ideology and decisions based in emotion and detached from reality. Perhaps the boycott is due to the fact that it is easier to stay away and turn a blind eye. However, if more Arabs come to Jerusalem, they might be reminded of their responsibility and be confronted with reality, rather than dreams and myths. 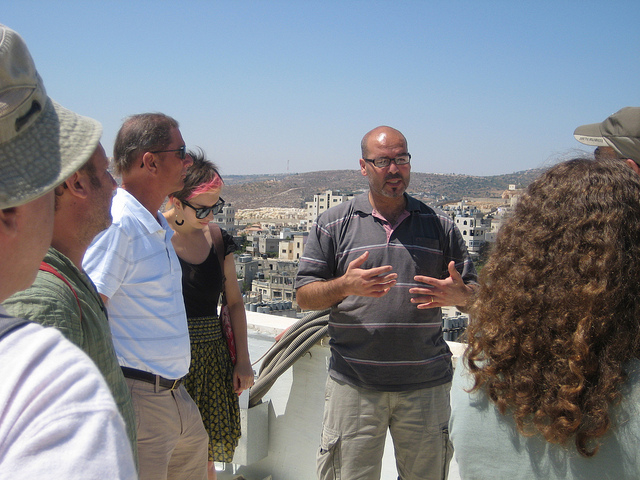 This is why the controversial visit by Egypt’s Grand Mufti is important, because it challenges the widely accepted discourse, and rejects the notion that visiting Jerusalem is a “sin.” The mufti was right in saying on his Twitter account (Arabic) that this symbolic visit was meant to show support to the Palestinian people. Unfortunately, he has not been spared from criticism and many Muslim leaders in Egypt have openly criticized his visit. The political religious groups in Egypt have launched a campaign against him and his visit, and are calling for his immediate dismissal from his position.

On the one hand, I appreciate the care and attention given to Palestine, but in reality, this position is catastrophic to Palestinians here. Boycotting Palestinian cities because of the occupation is not logical anymore. Israel is not the one suffering from this boycott; it is  Palestinians who are bearing the brunt.

May I ask those calling for boycott – have such position ever been taken before? Did Muslim leaders stop visiting Iraq and Afghanistan when the U.S. Army invaded? Why not boycott countries that were or are run by dictators? How would the community react if the oppressor under scrutiny was an Arab or a Muslim? Would visiting the land of this ruler legitimize his rule? How does this policy apply to Syria, where many Muslim leaders have dined and convened, while there are massacres happening? How about Libya, where the late dictator Muammar Gaddafi has always been known to be a murderer and corrupt leader? Why is Jerusalem being singled out and blacklisted for travel during the occupation? In effect, that position weakens Palestinians and their struggle for existence. I wonder if they also think we, the Palestinians of East Jerusalem, should leave until the end of the occupation. This mindset alone will not grant us freedom.

Over the past few days, I traveled to Haifa, Nazareth, Jerusalem, Ramallah and Bethlehem. I asked over a 100 Palestinians about their thoughts on whether or not they want Arabs and Muslims to come and visit now, or whether they should wait until the end of the occupation. The vast majority of the people I met considered the position of those who refused to come as irrational and self-righteous. It doesn’t support Palestinians, but rather contributes to political polemics and fulfills the desires of those who deny Muslim or Christian Arabs the connection to their holy land. To my Muslim and Arab brethren, I urge you to reconsider this position.