The 46 ISIS-associated prisoners represent only 0.3 percent of the prison population and just one-tenth of one percent of all prisoners. Some went off to fight in Syria, while others expressed support for the group on social media. 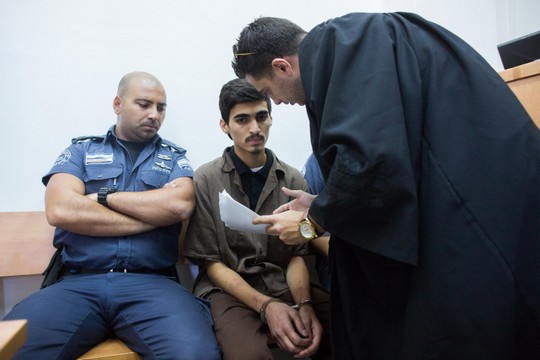 As of the end of June, Israel was imprisoning 46 alleged ISIS supporters, according to data provided by the Israel Prison Service (IPS).

Out of over 17,000 people being held in Israeli prisons at the end of June, 37 percent of those prisoners, 6,369 people, are classified as “security prisoners,” and the rest as criminal prisoners. The “security” classification has no basis in the Israeli criminal code; it is an arbitrary classification used by the IPS to separate people convicted of political or ideological and purely criminal offenses. Almost all “security prisoners” are Palestinian.

The 46 ISIS-associated prisoners represent only 0.3 percent of the prison population classified as “security prisoners” and just one-tenth of one percent of all prisoners.

There are also various reasons given for the imprisonment of those said to be associated with ISIS: some of them are alleged to have taken part in active combat in Syria, others have never left Israel. A few of them never got past the confines of Facebook before being classified as ISIS supporters. At least one of them is being held in administrative detention without any official charges or accusations against him, without any possibility of defending himself. 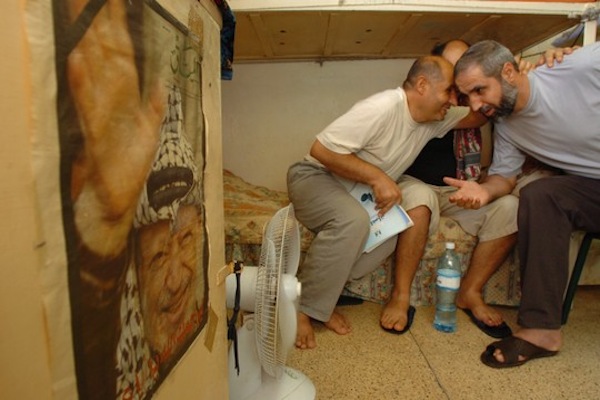 Palestinian political prisoners sit and talk in their cell in a jail in the Ayalon complex in Gush Dan, central Israel. (Nati Shohat /Flash90)

Israel declared ISIS, or “Islamic State,” an illegal association, in September 2014. A little more than a year later, Israel declared it to be a terrorist organization.

Since then, Prime Minister Benjamin Netanyahu made his famous “ISIS is coming” election video, and President Reuven Rivlin warned that ISIS is already here and enjoys popular support among the country’s Arab population. The former Shin Bet chief dedicated his intelligence agency to rooting out those ISIS members who it believes are trying to win over residents of Israel.

Among the allegedly ISIS-affiliated prisoners are at least six members of the Abu Alkian clan from Hura in Israel’s south, against whom indictments were filed for acts — attempting to operate in an illegal association, attempting to illegally exit the country, and conspiracy to commit a crime — that the state says constituted support for ISIS. Another member of the family is being held under administrative detention without charge or trial. In their case, with the exception of one family member, who is accused of disseminating information on Facebook, their alleged support was entirely theoretical. They met, studied and talked about ISIS, according to the indictment, and planned to join the organization, actions for which they are now standing trial.

Most of the indictments strike a similar note: a Palestinian leaves the country, is caught then or as they attempt to cross into Syria and are returned to Israel, or they changed their minds for various reasons and returned on their own. The indictments are generally related to illegally traveling, their alleged intentions to travel to Syria, or being in contact with a foreign agent, somebody with whom they generally corresponded over social media.

There are, of course, also cases in which the Shin Bet has accused Palestinian citizens of Israel of plotting against targets inside Israel, like Ahmed Ahmed and Muhammad Sharif of Nazareth, and Ahmed Mahajna and Muhammad Abu Azaleh of Yafiyah — all in their 20s, who are accused of shooting in the forest, and another accused of throwing a Molotov cocktail at small market that sells alcohol.

But they are the exception among the 46 prisoners allegedly affiliated with ISIS. Wasim Khutbeh, for example, was recently arrested and indicted for publishing 10 Facebook statuses that, according to the indictment, “were meant to portray ISIS as a desirable regime and are therefore forbidden from publication.”