The Israeli government is up in arms about the foreign funds propping up human rights organizations. Guess what else foreign cash props up: the occupation. 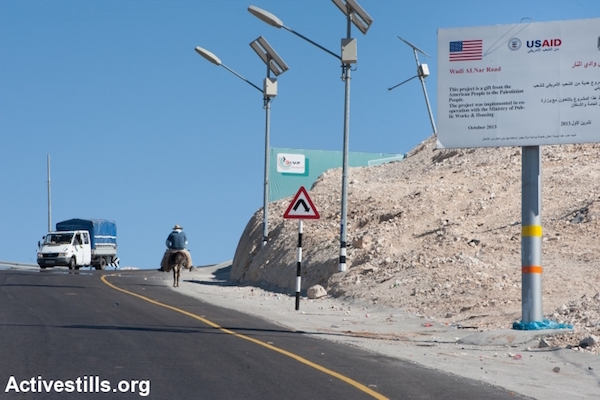 The road between the Nablus-area villages of Bazaariya and Deir Sharaf was once narrow and in a state of disrepair. Not anymore. Also the road that historically connected Ramallah and Nablus was pretty dilapidated, until several sections of it were widened and repaved. Today they are wide, modern roads like those leading to and within Israeli settlements. These roads are not just anecdotes — dozens of roads have been upgraded, repaved and widened throughout the West Bank.

The residents of Husan village, west of Bethlehem, also have good news to celebrate: a 50-year-old Jordanian minefield, just a few dozen meters south of homes in the village, is being cleared, which means that the village residents will be able to securely access their lands that were off limits until now.

And then there is the vast improvement in the provision of potable water to homes in many of the villages south-east of Bethlehem in recent years. New wells were dug in the area, where Bedouin from the Rashaida tribe live, and pipes leading to villages in the area were installed.

And trash as well: household waste from Bethlehem and Hebron districts (along with trash from the nearby Israeli settlements) is now being brought to a modern site, “Al Minya,” east of Palestinian Tuqu’, and Salfit’s wastewater is now being pumped in an underground pipe to the village of Burkin.

These projects were designed to improve — and indeed, they are improving — the infrastructure serving the West Bank’s millions of Palestinian residents. But all of those projects also have two other things in common:

B. They didn’t cost Israeli taxpayers a single cent. They were all funded by foreign countries, organizations and funds that operate in the West Bank and Gaza Strip.

It turns out that also in this context, the schizophrenic Israeli moral compass makes a distinction between international involvement that Israel is interested in, and that which it isn’t interested in. The Israeli government, and its justice minister, Ayelet Shaked, who sponsored the “NGO Law,” actually are very interested in international involvement to help fulfill its obligations toward the basic welfare of the Palestinian population in the occupied territories.

In other words, Israel very much wants any foreign involvement that enables it to continue strengthening the status quo in place since the Oslo Accords, which serves its political interests: the status quo in which Palestinians are pushed into Areas A and B, all while Israel, with the help of its sub-contractors the settlers, control all of the land in Area C.

Every foreign dollar that goes toward those infrastructure and humanitarian projects is a dollar the Israeli treasury saves. These are enormous sums that Israel would have been forced to invest according to its obligations under international law, which defines certain obligations of an occupying power toward the population living in occupied land. If Israel were forced to pocket those costs, the economic viability of continuing to occupy the West Bank and maintaining the entire settlement project would look entirely different.

In order to fully comprehend the sums, it’s worth while taking a look at these numbers for the year 2013, the last year for which there is data. In 2013 alone, the international community transferred more than $2.4 billion to the West Bank and Gaza, $793 million of which was designated as “humanitarian aid.” That is roughly 3 percent of all humanitarian aid distributed in the entire world. 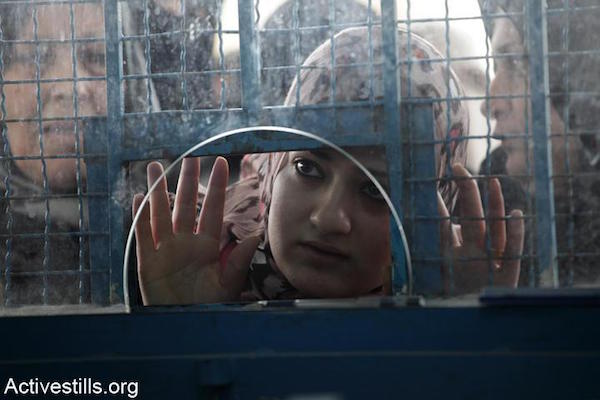 In order to understand the size of the international investment in maintaining the occupation and the settlement enterprise, let’s make some comparisons: torn-apart Syria, for instance, whose civil war broke out two years earlier, received $1.9 billion that year.

South Sudan, which became a country two years earlier, following a series of destructive and deadly civil wars, received less than $1.5 billion. Afghanistan, whose population is eight times bigger than the West Bank, received $5 billion. Bangladesh, whose population that year was more than 160 million people, almost 40 times larger than the West Bank and Gaza Strip combined, received just a tad more than the Palestinians, $2.6 billion.

There is little doubt that more money is invested per capita in the occupied territories than anywhere else. That massive investment constitutes the economic foundation on which the past two decades of the Oslo era have been built.

When you compare those numbers to the all of the donations that all the left-leaning organizations in Israel receive, which at best add up to tens of millions of shekels every year, it is clear that these sums are a fraction of a percent of the amounts the international community transfers to the Palestinian territories, so Ayelet Shaked and her ludicrous friends will have enough time and money in order to carry out their campaign of incitement against the Israeli civil society.

Dror Etkes follows Israel’s land and settlement policy in the West Bank. A version of this article was first published in Hebrew on Local Call. Read it here.