After today’s stabbing, it is unthinkable that life will go on as usual. Especially when the people who fuel hate and incitement still roam the city.

In Jerusalem, everything has gone back to normal. The streets are full of people and cars, apathetic toward the crime that took place here just a few hours ago, when six people were stabbed during the annual pride parade.

Instead of going out into the streets, instead of demanding that Benzi Gopstein, the head of the racist “Lehava” organization who protested against today’s parade and called it an “abomination,” instead of demanding that Jerusalem Mayor Nir Barkat take responsibility, we will gather in the city center, lick our wounds and comfort the hundreds of young people who bore witness to the horrible act.

I arrived at the Jerusalem Pride Parade just before the stabbing. I even managed to argue with several policemen who were zealously controlling entry to the march, when all of a sudden I saw a group of officers grab the stabber, Yishai Shlissel, and put him into a police car. 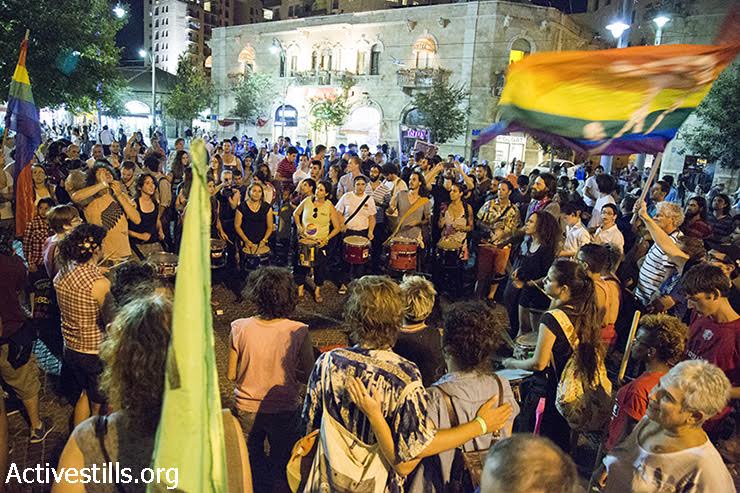 Not far from there, six young people laid on the ground, bleeding. Victims of another hate crime, thousands around them crying, yelling, looking for friends and loved ones, trying to locate acquaintances.

At the moment, the attacker is under arrest, unlike Gopstein and the other senior members of Lehava, who have been inciting against the march and accusing gays and lesbians of “trying to destroy the Jewish nation” over the past several days. The same people who always seem to cause others to commit acts of violence, who send young men to burn bi-lingual schools, who send young men to beat up Palestinians for dating Jewish women, and who lead racist riots that eventually culminate in cold-blooded murder while successfully evading any responsibility. 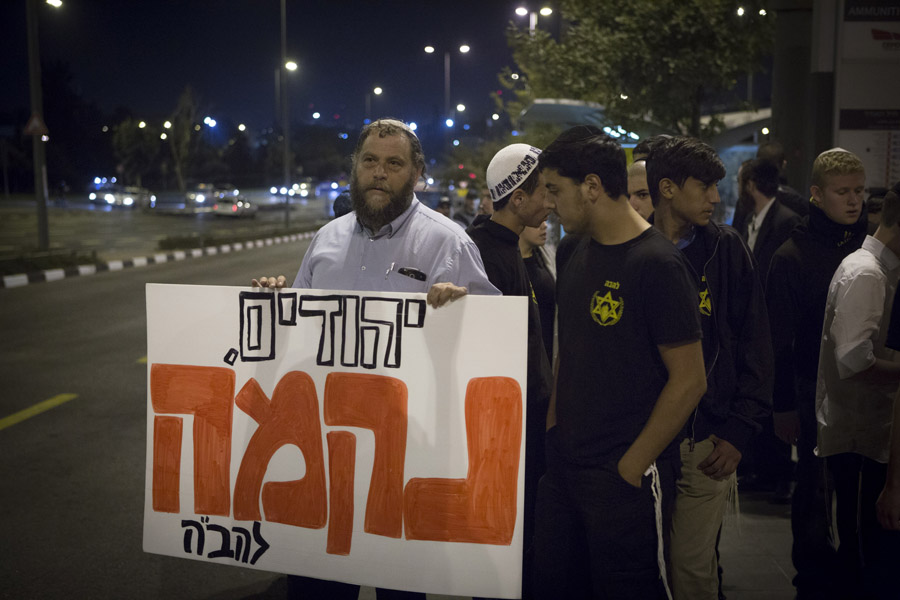 Israeli right-wing activist Benzi Gopstein, leader of the Lehava organization, takes part in a protest near the tram station in East Jerusalem, a day after a Palestinian man killed a baby in a vehicular attack at the same location, October 23, 2014. The sign reads: ‘Jews, Revenge’. (photo: Activestills.org)

Israeli media outlets who provide this man with a platform — a man who has blood on his hands — who provide a platform to his incitement and hate speech, are only collaborating with him.

While we lick our wounds and express our deep concern for the victims, it is unthinkable that life in Jerusalem will go on as usual. This is the time to call on the LGBTQ community across the country — as well as all those who support the community and are willing to stand alongside it in the struggle against violence — to come to Jerusalem, show solidarity and do everything they can to make sure those truly responsible do not evade justice.