The thought of six million Palestinian refugees entering Israel can be scary, even terrifying. But it turns out there are real, practical steps that we can take to mitigate those fears, and they don’t have to come at the expense of those living here.

Implementing the right of return is the just solution both in terms of historical and present justice for Palestinian refugees. Approximately six million Palestinian refugees live across the world. There will be no justice until Israel recognizes its responsibility for the Nakba, and allows the dispossessed to return to their homes.

The almost automatic response to the idea of return, whether we’re talking about someone who is interested in seeing the refugees return or someone who opposes it with all of his/her strength, is usually identical: it’s not possible. But is that so?

Return as a necessity

The accepted view in Israel is that the Arab residents of Palestine fled during war time, which began after the Arab leadership refused to accept the UN Partition Plan. At the end of the war, the borders of the state included territories captured during the fighting. But hundreds of thousands of refugees who were were expelled, live today either in difficult conditions in refugee camps or are dispersed across the world. If we want to build a society based on justice here – one in which our lives and welfare do not come at the expense of the Other – we must think about how to return justice to the region, and refugees to their homes. 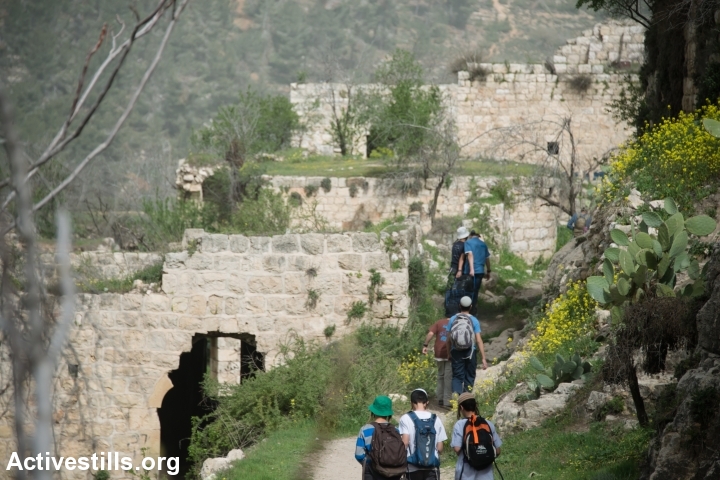 Palestinian refugees hold special status among the refugee population in the world, due to the fact that they are cared for by UNRWA (United Nations Relief and Works Agency for Palestine Refugees in the Near East) and not UNHCR (the UN Refugee Agency). Palestinian refugees are the only refugees who do not lose their status if they obtain citizenship in another country. Furthermore, their refugee status is passed down to their children and grandchildren. However, UNRWA does not work to return refugees to their homeland, as UNHCR often does with other refugee populations. There are those who claim that these facts only serve to perpetuate the plight of the refugees, and preclude them from establishing an independent and integrated life in the countries to which they fled.

The liberal Zionist left, which opposes both the occupation of 1967 as well as the right of return, tends to use the “human rights card” to describe the difficult living conditions of Palestinians in the West Bank. Far from their eyes, hearts and consciousness are millions of humans – third and fourth generations of refugees – living in camps.

The Israeli public hardly deals with the issue of the refugees and the uprooted, and does not understand the symbolic and real significance that the issue has among the Palestinian public living under our rule – a public that, regardless of Israel’s attempts, is not going anywhere.

What happens if Israel becomes a Muslim state?

Recently, I was invited to lead a workshop on the issue of the right of return for a group of young people in the Sedaka-Reut youth group, which promotes Arab-Jewish cooperation. The group was curious, and after a short review of the facts came the discussion. I was overcome by the sensitivity and honesty of the group members, especially among the Palestinian ones. They spoke of their fears and concerns resulting from a drastic change in their lifestyles, which may take place should millions of people, who might be part of the same nation but seem very different, return. Their questions were no different from the ones I’ve heard hundreds of times from older and more experienced people: 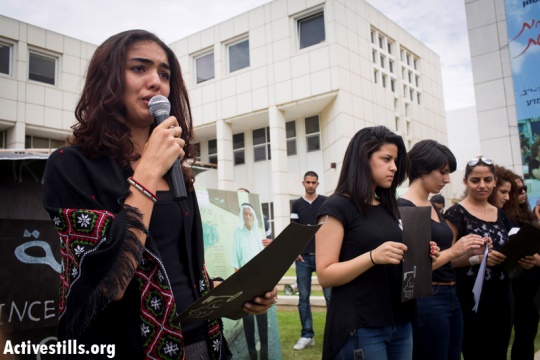 The perception that there is no practical way to implement the return has been hammered into our collective consciousness. In order to get beyond it, we need to try bringing the idea of return back down to earth in two ways: the first through planning the return and a reconciliation process, and the second, implementing the return. Presenting a realistic, sober, sensitive and well-built plan is the ultimate answer to skepticism. And there is nothing that reduces anxiety like shedding light on the matter.

Planning the return is a complex process, especially if we accept the basic premise accepted by most of those who deal with the topic (even by Palestinian refugees) that one of the main goals is to reduce to a minimum the potential harm caused to the current residents of the country.

Return plans must be specific for every region, must take into account the terrain, what is left from before the war, the identity of its original owners as well as that of its current owners. It must include detailed monetary compensation and plans to solve conflicts and disagreements.

The reconciliation plan has a few existing models, some of which were successfully used in South Africa and other places. On Zochrot’s (an Israeli NGO dedicated to raising awareness about the Nakba among Israeli Jews) website, one can find examples of return plans, such as the Yaffa Document [Hebrew], which presents a detailed and sensitive plan for the return of Palestinian refugees to Jaffa and Tel Aviv.

The importance of asking questions

Even the second tool, practical return, can be made a reality. The return can be done in large and impressive actions, such as the one in Iqrit, where the third generation of uprooted Palestinians have returned to re-establish their village, or through small actions such as a symbolic return of uprooted communities and families to their lands. A friend of mine, a daughter of a family that was uprooted from a village that was destroyed in 1948 (and upon which an army base was established), told me about her family’s trips to the village. During those trips, the elders would tell the younger generation about life in the village prior to the 1948 war. This is also part of the return. 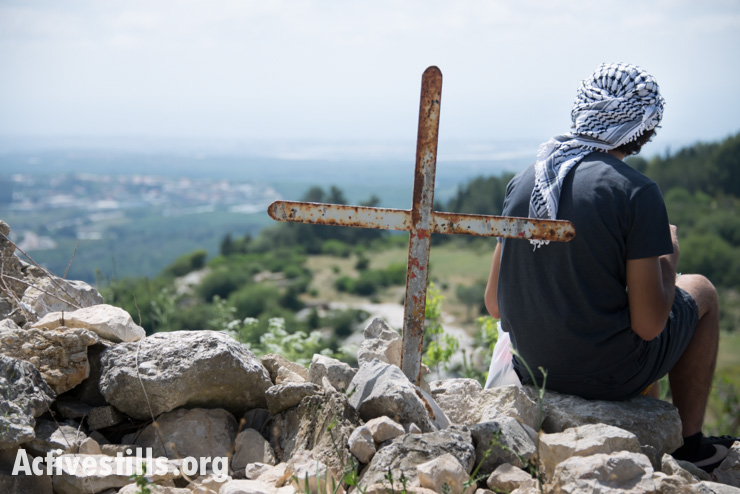 A youth sits near a cross overlooking the surrounding countryside in the displaced Palestinian village of Iqrit in northern Israel, April 21, 2014. Iqrit’s original inhabitants were forcibly evacuated in the Nakba of 1948. Though the Israeli high court granted the residents, who are Palestinian citizens of Israel, the right to return to their homes in 1951, the military destroyed the village and has since prevented their return. Only the village’s church and cemetery remained intact, and are still used by village residents while they campaign for a full return.

The central answer to all the aforementioned questions is: let’s talk about it. Let’s put all the cards on the table. Let’s not treat return as a monster or a hot potato. Let’s build a plan for return and reconciliation and not just leave it for the experts to figure out. Let’s think together about solutions and verbalize our fears without feeling ashamed. Let’s think about how we can contain a number of cultures in one area in a way that enshrines respect for, and minimizes harm to the other. Let’s put together a set of rules that will allow us to address the various needs of both the returnees and those who now live in Israel/Palestine.

It is common to hear that the Left in Israel offers no alternatives, that it is so focused on opposing the occupation to the point that it cannot offer a positive vision. This is our positive vision. The return of the refugees to their country, from the river until the sea, and a life of cohabitation in a country that is already shared by two nations. The shared state in which Jews, Palestinians and others live already exists. It simply suffers from serious failures when it comes to justice and equality.

Alma Biblash is a feminist and human rights activist based in Jaffa. Read this post in Hebrew on Local Call.