And why it might even hinder a political solution. 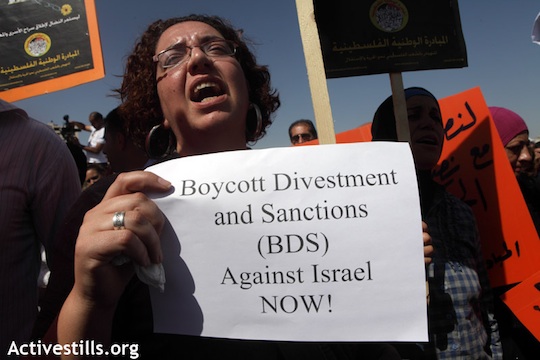 A woman carries a sign in support of the Boycott, Divestment and Sanctions (BDS) campaign, October 11, 2011 (Anne Paq/Activestills.org)

Political movements calling for an economic boycott of Israel are working to advance a model based on the boycott of Apartheid South Africa and the critical role it played in ending white minority rule in that country. The parallel drawn between the economic boycott of South Africa and the one advanced by Palestinians and pro-Palestinians activists against Israel reinforces the view that Israel is an apartheid state.

However without going into the question of whether Israel is an apartheid state, it is clear that one of the central motives underlying the boycott is anger toward Israel and its policies in the occupied territories, and the need to take action based on ethical standards. Despite the anger and the justified criticism of Israel, the economic boycott is destined to fail.

Take the political map in the 1990s compared to today. When the Eastern Bloc was in the process of dissolution and began its first steps toward Westernization, the West was at the peak of its political power. The collapse of significant political and military threats after more than four decades of the Cold War, along with the formation of the European Union, left no room for doubt regarding the undisputed status of Western states in global politics.

Twenty-five years later, the same countries make up only 38.8 percent of global GDP (including Japan and not including the other Asian countries and Eastern Europe). Thus, economically speaking, a boycott by Western states would be less effective today than in the past.

Although Europe succeeded in affecting the economy of a strong state like Russia through sanctions following its invasion of Ukraine, Russian policy remained unchanged. The most notable case where economic pressure did is Iran. But can boycotting Israel have the same effect? In looking at the world political map in the context of Israel, it is safe to assume that countries such as the United States, Germany, Britain, and likely France and Italy, will not support a boycott of Israel. The overall GDP of these countries comprises 26.3 percent of the global economy. It is also uncertain that countries such as Japan, Spain and others will support a boycott of Israel.

Furthermore, if we look at the countries considered most pro-Palestinian, we see that the Scandinavian countries and the Netherlands constitute less than 2 percent of the world GDP. That is, even if these states support a full boycott, and it is reasonable to assume that they will not, their influence will be negligible. 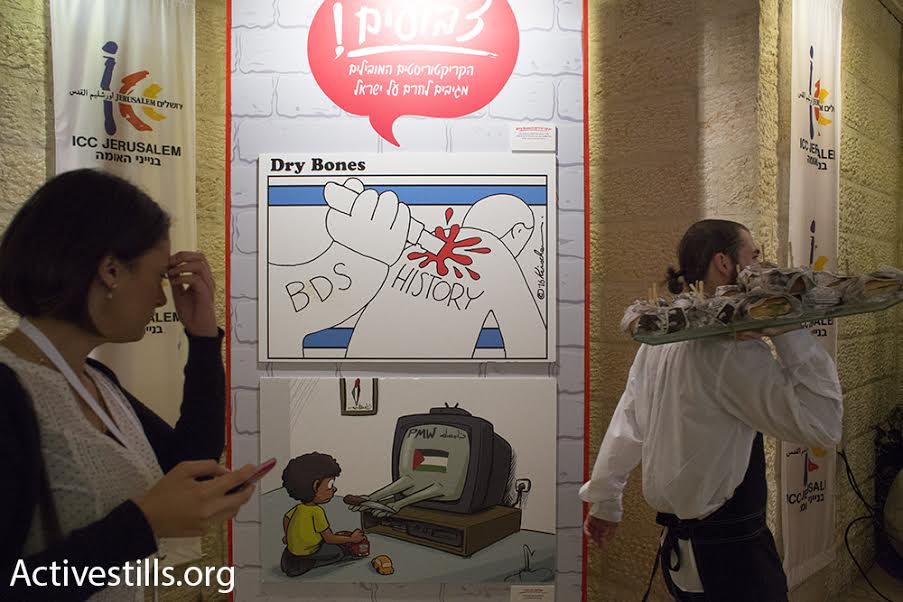 If we assume that economic boycott will take the form of a worldwide consumer boycott — rather than becoming official policy at the state level — Israel’s central economic sectors would still remain unharmed. The chances that the security, diamond, chemistry and technology industries will be harmed due to a consumer boycott are slim. Consumers may buy fewer dates from the Jordan Valley, but they won’t buy fewer weapons.

When we look into the ability of an economic boycott to affect the Israeli government’s occupation policies, it is impossible not to conclude that it is ineffective. Calling for an economic boycott of Israel is based on an ethical view and desire to punish Israel for its actions. But Israel manages to leverage the boycott for its own benefit and argue that the idea of economic boycott manifests a classic anti-Semitic trope that, first and foremost, identifies the Jew with greed and desire for money. This is an image that the Western world is trying to shake off, while the Israeli public easily buys into Prime Minister Netanyahu’s rhetoric, which ties the boycott to anti-Semitism.

For all these reasons, the battle against occupation cannot be an economic one. This does not mean that one should buy products from West Bank settlements. But as the boycott movement gains popularity, it is important to remember that ethical activity does not necessarily change reality. On the contrary, in this case, it only leads each side to become further ensconced in their own sense of victimhood — a situation that is bound to distance, rather than advance, a political solution.

The author is an archaeologist and director of Emek Shaveh.