Israel is unique in one very important way: for other malefactors like Syria and Sudan, there is no need to convince the international public of their wrongs.

If it wasn’t a persuasive argument, Israel’s defenders wouldn’t keep using it, like they are now against Alice Walker: Why are these left-wingers singling Israel out for boycott, not to mention condemnation, when so many other countries are committing far worse injustices and causing so much more suffering? Why aren’t these people boycotting Syria, or Iran, or the Taliban, or Sudan, or Eritrea, or Zimbabwe, or China, or Saudi Arabia, or any of the other regimes and movements whose human rights violations are in a completely different league than Israel’s?

And the answer given by Israel’s defenders, of course, is that these left-wingers with their BDS and their Israel Apartheid Week are simply anti-Semites. “If the only country you want to label is Israel, that’s anti-Semitism,” as the Israel Lobby’s elder statesman, Anti-Defamation League head Abraham Foxman, recently told The Times of Israel. And it’s not just the Israel-right-or-wrong crowd who accepts this argument; even liberals who genuinely oppose the occupation and criticize Israel forthrightly argue that this country shouldn’t be singled out for punishment when there are so many more deserving candidates, and these liberals, too, suspect that anti-Semitism is, if not the driving force behind this relentless focus on Israel, then it’s one of them.

In a July 2012 post, I wrote that the Western left was obsessed with Israel for the same reason it had been obsessed with South African apartheid, with the Vietnam War and with European colonialism before: because the Western left is peopled overwhelmingly by the “haves” of the world, and “left-wing haves naturally recoil when they see fellow haves lording it over the have-nots. … For a leftist, that is the ugliest thing on earth, even when elsewhere, other have-nots are being beaten up much worse by ‘their own.’” I still think that, but there’s also a simpler, less psychological, even fairly obvious reason why there’s a Western movement to boycott Israel  but not to boycott Syria, Iran, Sudan, Eritrea or other countries whose regimes practice a much “darker” form of repression on their victims than Israel does on the Palestinians.

The reason is that while these other states are, indeed, worse criminals than Israel, no popular movement is needed to convince the public and political leadership in the West that what those regimes are doing is wrong and ought to be stopped. Everybody knows that what Assad is doing is wrong, nobody is publicly defending the mass slaughter he commits; the U.S. has been supporting the rebels and the only debate in the West is whether or not to physically join the war against the Syrian regime.

By contrast, in America, by far the world’s most powerful, influential country, God help the politician who stands up in Congress or on the campaign trail and denounces Israel’s treatment of Palestinians, and God help the one who isn’t tough on Israel’s enemies, the Arabs.

There is no Syria Lobby in the U.S., but there sure is an Israel Lobby. Is America arming Israel’s enemies like it is Syria’s? No, America is arming Israel against its enemies to the tune of $3 billion a year, plus any other goodies Congress gets inspired to throw in. Is the U.S. or any other country debating whether to send in troops to end the occupation? (Samantha Power was branded an anti-Semite for once uttering a few words that seemed to sort of suggest such a thing, and she’s had to spend years assuring the Israel Lobby that she didn’t mean it.)

As it is with Syria, so it is with Iran, Sudan, Eritrea, the Taliban, Saudi Arabia and so on: they’re already on the world’s shit list, especially America’s. The only debate is over how badly they should be attacked/sanctioned/ostracized/denounced. Israel, by contrast, is the favorite son of the world’s only superpower – despite its half-century of tyranny over the Palestinians.

Despite Israel’s occupation, it is the one country on earth that every U.S. presidential candidate has to visit and where they have to get their picture taken with the prime minister and president – and not to show their foreign policy credentials, but to show that they stand with Israel. Did Mitt Romney or Barack Obama consider it mandatory to do a photo-op with Supreme Leader Ali Khamenei in Tehran?

Congress gives dozens of roaring, standing ovations for a speech by Mr. Occupation Forever, Bibi Netanyahu; does it do that for President Omar al-Bashir of Sudan?

In America, as well as in parts of Canada, Australia and even Europe, Israeli dignitaries and local Jewish leaders will hear Israel praised by officials as a frontline ally in the global fight for freedom. Nobody says that about Eritrea.

Meanwhile, the Western powers that don’t glorify Israel like the U.S. does, occupation and all, don’t give it any trouble, either. The outrage here and accusations of anti-Semitism over the European Union’s measly gesture to label products made in the West Bank and Golan Heights is a measure of the indulgence this country is accustomed to from that continent.

So if the Western Left singles out Israel among the world’s human rights violators for boycott, it’s because the ultimate Western power singles it out for patronage, while Europe grits its teeth in obedience. Israel is by no means the world’s worst malefactor – but it is the only one the world always encourages or, at the very least, protects. When that finishes, the occupation will finish, and so will the justification for singling Israel out. 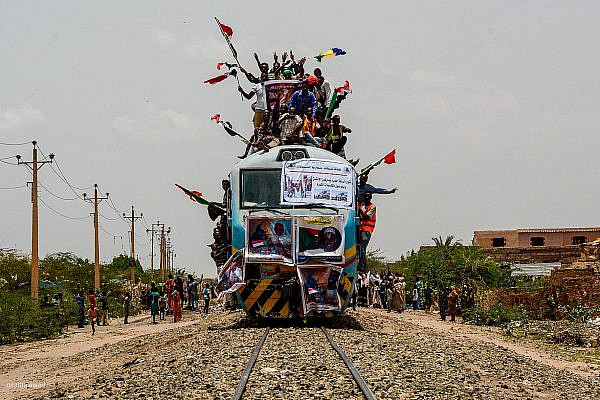