Whether they support BDS or oppose it, everyone wants to feel like they are Harry Potter fighting off Voldemort. Though perhaps it’s best we leave Harry out of this debate. 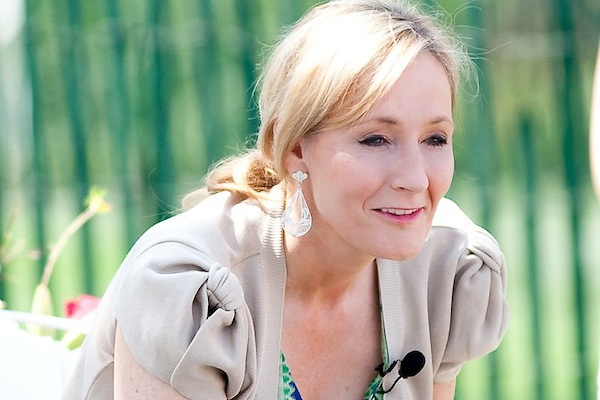 J.K. Rowling reads from Harry Potter and the Sorcerer’s Stone at the Easter Egg Roll at White House, April 5, 2010. (photo: David Ogren/CC BY 2.0)

J.K. Rowling has signed a statement against the cultural boycott of Israel, and has called instead for cultural engagement. Some of her Palestinian fans have objected, pointing to Harry Potters’ fight against Voldemort and the Death Eaters. In her reply she asks her readers to consider Dumbledore’s attempt to engage with Snape, then a Death Eater.

As a fan of the Potter series who has expressed solidarity with the global BDS movement (though not all elements of it equally), I can only roll my eyes at both sides.

I understand why J.K. Rowling thinks that Palestinians supporters of BDS are motivated by the righteous anger and desire for revenge that motivates Harry for much of the series, and that one answer to that anger is to seek out like-minded allies on the other side, to engage, to dialogue, to build projects together.

I understand why Palestinian fans of Harry think that Israel is run by Death Eaters, its justice administered by the likes of anti-muggle ideologues like Dolores Umbridge, or mudblood persecutors like Bellatrix Lestrange.

What I don’t understand is how both parties can so misunderstand the BDS movement, at its core a human rights movement, which calls upon the State of Israel to end its occupation of Palestinian lands, give full equality to its citizens, and promote the rights of Palestinian refugees to return to their homeland in accordance with UN Resolution 194.

With the likes of Voldemort and Lestrange there can only be war, and justice can be served only by their total defeat. I have no doubt that many Palestinians and their supporters would like nothing less than their oppressors being scattered over the face of the earth. I understand the human desire to punish and avenge.

J. K. Rowling doesn’t understand this. She confuses boycotting with anti-normalization, and she thinks that Israeli artists are boycotted because they are Israeli (they are not). The cultural boycott does not target Israelis, and allows great latitude for cultural engagement. What it targets is institutions that represent and are complicit with state policies. Although Daniel Barenboim’s Divan Orchestra is now under the boycott, PACBI writes,

PACBI realizes that projects that go against the boycott cannot all be put into one basket or regarded as being equally objectionable. Given the limitations of the boycott movement’s human capacity, prioritizing boycott targets becomes crucial. Such prioritization is a factor of multiple, evolving considerations, moral and pragmatic, that take into account, among other things, the degree of complicity of each project and its expected harm to the overall struggle for Palestinian rights and against Israel’s impunity. While clearly in violation of the boycott, WEDO is not regarded, comparatively speaking, as among the most objectionable projects.

I would add that it is one of the least objectionable projects, especially since Barenboim is persona non grata for many Israelis. But as I said, there can be room for disagreement.

To be sure, boycott, sanctions, and divestment impacts individuals. Institutions are composed of individuals. Labor strikes hurt innocent people. One can support BDS without being in favor of crippling sanctions, as in the case of Iraq and Iran. And one can always argue about the efficacy and propriety of certain tactics.

Boycotts do not rule out engagement with like-minded people, or even certain collaborations. And, again, there can be disagreement on what projects are covered.

If one doesn’t support some or all aspects of boycotts on principle, but recognizes the importance of standing fast with the oppressed and downtrodden, may I suggest that silence is preferable to signing statements that give succor to the oppressors. For every J.K. Rowling who supports cultural engagement with Israelis, there are many who agree with her but don’t sign initiatives of the sort she did.

When Ron was being stupid and hurtful, Hermione would either tell him so or refuse to speak with him. He would be resentful until he came to his senses.

Perhaps that’s a better model. Or perhaps we should leave Harry Potter out of this.