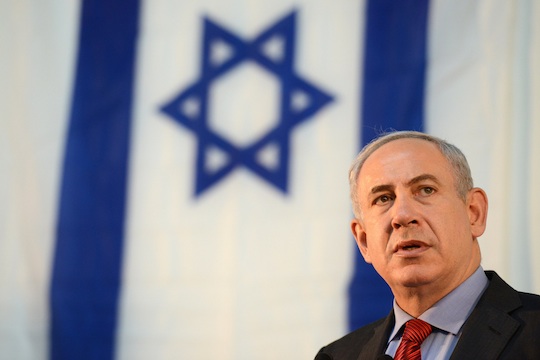 Early into his second term as prime minister, as he was presenting his conditions for negotiations with the Palestinian Authority, Prime Minister Benjamin Netanyahu issued a new demand for any final status agreement, one which was absent from every previous round of talks, both formal and informal. Unlike his predecessors, Netanyahu wasn’t satisfied with Palestinian recognition of the State of Israel, something the PLO did in 1988, and once again as part of the Oslo Accords. He wants them to recognize it as a Jewish state.

Like many of Netanyahu’s policies, this last step was treated by many as another trick designed to prevent the diplomatic process ever reaching a conclusion; and the suspicion wasn’t unfounded. In the past, Netanyahu was caught on camera boasting to settlers about his success in finding loopholes in the Oslo Accords and using them to derail the process. The demand to recognize Israel as a Jewish state could have been another carefully planted mine bound to detonate if a serious prospect of a two-state solution were to ever appear.

However, even if Netanyahu’s demand was genuine and not part of his (non)negotiation strategy, it should be opposed – not just by the Palestinians but also by Israelis. Because a “Jewish” state – as opposed to a state whose culture is Jewish or is “a national homeland” for Jews – will always be a racist, discriminatory state.

Most mainstream Zionists would argue that “a Jewish State” is no different than a German state or an Italian state, or any similar nation-state whose identity is not based on the melting pot of an immigrant society (like the America model).

The citizenship model in those countries is based on blood-relations within a well-defined community; occasionally, they also carry with them some religious symbolism, like a cross or a crescent. Why shouldn’t the Jews – arguably one of the oldest, most persecuted nations on earth – enjoy their own nation-state too?

But this argument is only half true: modern-day nationalities, especially post-World War II, have an inclusive dimension to them. A person might not be of German origin, but once he assumes German (or Italian or British) citizenship, he or she becomes German (or Italian or British) for all intents and purposes. They enjoy both the same legal rights and symbolic status as every other citizen, no matter how far back in the nation’s history his family lineage goes.

In other words, the state’s implementation of the term German is broad and inclusive, even if the historic German nationality remains exclusive. A person can be German but he or she can also be Jewish and German or Muslim and German or Turkish and German.

Jewish identity cannot and does not wish to be inclusive (in my mind, that’s part of the beauty of Judaism – that it never tried to convert the non-believers). A state that sees itself as “a Jewish State” is inherently an exclusive state, because a person cannot become Palestinian-Jewish or Muslim-Jewish.

Almost 25 percent of Israeli citizens are not Jews. That’s way more than blacks or Latinos in America. If Israel is a Jewish State, that means that every fourth person cannot – ever – assign themselves or be assigned the state’s core identity. He or she will probably be discriminated against both formally and in practice, but more importantly, this person will be deprived of the symbolic meaning of citizenship in the nation-state model.

The fact that the Palestinians are an indigenous minority only makes things more grotesque. Imagine, for example, if the Basques were to be excluded from Spanish nationality while still remaining residents of Spain, or if Native Americans were not called – or didn’t enjoy the full rights that come with being – America; or if American was to be recognized as “a white state”, but blacks could still be citizens. And so on.

Does that mean Israel must be an inherently racist, exclusive state? Not at all. That’s why Israeli identity was invented. Unlike “Jewish,’’ Israeli identity could, in theory, be inclusive. A person can be a Palestinian-Israeli or a Muslim-Israeli. Whether they would want to is a different story, but the option of inclusion exists.

In fact, it’s possible to imagine an Israeli identity that is indifferent to questions of ethnicity or religion (to be sure, this is not the case now): a country that has many Jews in it and a dominant Jewish culture, but a country to which non-Jews belong in the same way Jews do.

There is no such thing as “a Jewish and democratic” state; there never was and there never will be, unless you want to redefine what citizenship in a modern-day democracy means. But there could be an Israeli and democratic state, at least in theory (*).

I would like to live in a state that defines all its citizens on equal terms. Politically, it means that I support the demand that the Palestinians recognize Israel (if and when a two-state model is discussed; a bi-national model requires different definitions). But I don’t want any country or institution to recognize it as a “Jewish state.” Israel can be a state whose culture is Jewish or the national home for Jews, but it cannot and should not be a state just for Jews.

[*] These days, the notion of an inclusive, democratic Israeli identity is the least popular idea of them all. The Jewish mainstream, both in Israel and abroad, has come to view the terms “Israeli,” “Zionist” and “Jewish” as overlapping, so the the idea that Palestinians are not really full members of the nation-state is very natural for them; in their eyes, an anti- or non-Zionist is not really a Jew or an Israeli, and so on. Palestinian and international intellectuals also reject the term “Israeli” for their own reasons; some of them even avoid using the word. I will write more about the rejection of Israeli identity by the Right and the Left alike in one of my next pieces.

Related:
A ‘truly’ Jewish democracy: On the ideology of Likud’s Moshe Feiglin
‘A Jewish and Democratic state is a zombie idea’
‘Religion and politics’ in Israel: The mythology of Jewish nationalism