While Sinai used to be one of the most popular tourist destinations for Israeli Jews, today it is nearly abandoned. But neither the threat of Al-Qaida attacks, ISIS kidnappings or her friends’ pleading could stop Orly Noy from going back to her own private heaven. 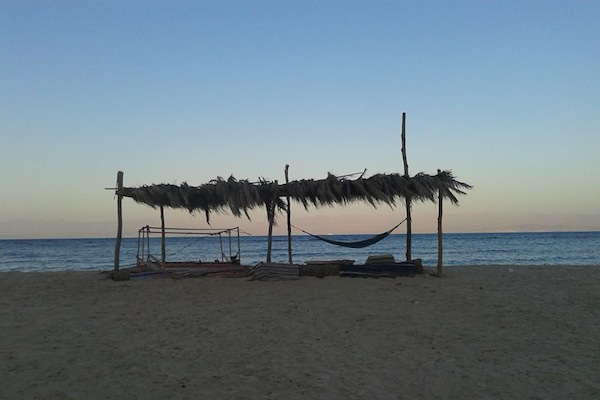 The bottom line is this: we went to Sinai for our Passover vacation, we had a great time and returned unharmed. Does this justify an entire article on the exprience? Well, if you take into account the number of requests for television and radio interviews that I received while there, the answer is yes. The last time we were in Sinai was four years ago, nearly six months after the Egyptian Revolution in January 2011. Even back then we were one of the very few Israelis who came to relax at those same beaches that used to be packed during the Jewish holidays. Even then, people raised their eyebrows: Sinai? Now? Are you crazy?

We took a break from Sinai for four years, mostly because we were out of the country for much of that time. But there was not one vacation during which we didn’t long for those wonderful beaches; the quiet; the rice and the okra; the pancakes with bananas and coconut bits; and the coffee that comes an hour after you ordered it. In the past we would travel to Sinai every year — sometimes even twice a year. This place has a special place in our daughters’ childhood memories. This year, as we were preparing for Passover, our friends raised the option of going to Sinai, not without reservations and worries, of course.

I wanted to see what other people thought of our idea and posed the question on my Facebook page, only to receive angry responses calling me irresponsible or crazy (only a few people wished us a safe trip). Even looking at the National Security Council’s website didn’t help much: according to them, almost every place on earth that is not my small Jerusalem neighborhood is a dangerous destination for Israelis. And while I do love my neighborhood, we thought it would be nice to leave to for a few days.

We spoke with the owner of the place we usually go to in Sinai, an Israeli Jew who runs the place with her Egyptian partner, and learned that the situation is far calmer than what the media would have us believe. We prepared for our trip as if it were military mission: none of us told the rest of the family about our destination, and remained discrete for the duration of the Passover Seder. After we survived the political discussions on the elections, the last thing we needed was their preaching.

We were the only Jewish Israelis at the Taba crossing; alongside us were several Palestinian families from Israel and a group of Indian tourists who poured out of three large buses. As we stood in the corridor leading to the Egyptian side, the PA system repeated warnings against traveling to Sinai. But we retuned to Israel at the height of last summer’s war, so sanity was never really our strong suit. We decided to ignore the warnings and continue on.

A taxi, which waited for us on the Egyptian side, drove us to the beach past several police station spread out along the main road. We reached our destination within half-an-hour: a gorgeous beach nearly empty of tourists. Aside from us, two families, there was one other Jewish-Israeli family and a few Egyptian vacationers. One of the nicest aspects of the lack of Israelis was the fact that the owners did not try to satisfy us with Shlomo Arzi’s greatest hits, but rather put on songs by Amar Diab, Fairouz and Mashrou Leila. 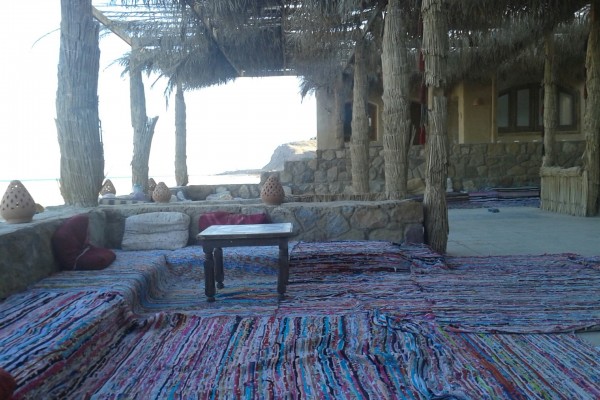 It is difficult to describe how Mount Sinai pulls you into its own rhythm. Those have been know what I am talking about. There is no time in Sinai. Or perhaps there is, but it can only be felt in hours, days, weeks — it all depends on how willing you are to give in to it.

A single photo that I uploaded to my Facebook page (yes, it took me a few hours to disconnect) led to three different requests from Israeli television channels and radio stations who wanted to interview me. It was the second time in the span of the last two months in which I found myself part of the media’s freak show: during the elections, I was interviewed several times as the “Jewish woman who supports the Joint List,” and now I was the irresponsible Jewish woman who is putting her daughters’ lives in danger. My eldest daughter joked that since they have no idea what is really going on here, we can provide them with the drama they are looking for: tell them that ISIS kidnapped us and that we are being held in a camp in the mountains, or that we are having breakfast with Al-Qaida fighters, talking about our favorite okra recipes.

The owners of the place welcomed us almost as if we were family: a reunion of sorts after a four year absence. It was clear that they appreciate their determined guests, who came despite the circumstances. Walking along the water, I could sense that the situation on the other beaches was not much different: although they were not totally abandoned, they were far from being full of the commotion that was so characteristic of this place. But the okra still tastes like heaven, and the coffee still takes an hour to arrive.

I am not writing in order to convince anyone to travel to Sinai, nor do I take lightly the dangers. And yes, there were concerns. But they disappeared the second we reached the beach. Insanity? Lack of responsibility? Perhaps. But if you’re going crazy, you might as well have a proper okra along the way.